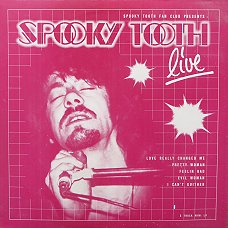 The group built a following through countless gigs and recorded its debut album, It’s All About, in 1968. Spooky Two (1969) was their blues-rock gospel masterwork, notably the swampy, deceptively intricate Better By You and the histrionic proto-metal of Evil Woman.

Then came the noble effort of Ceremony: An Electronic Mass (1970), which teamed the band with French electronics pioneer Pierre Henry, but too often sounds like a self-indulgent mess.

Wright then left to form Wonderwheel, while Luther Grosvenor took the name Ariel Bender and joined Stealers Wheel and later Mott The Hoople. The addition of three members of Joe Cocker‘s Grease Band – Henry McCullough, Chris Stainton, and Alan Spenner – was not enough to keep the band afloat, and Spooky Tooth broke up after The Last Puff in 1970. 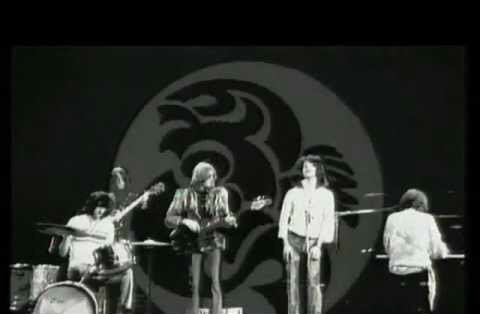 After a three year absence, the group re-formed in 1973 and released two albums –You Broke My Heart So I Busted Your Jaw and Witness before splitting up again in 1974.

It is simplistic to brand Spooky Tooth as a heavy rock band, but unlike serviceable label mates Free or Jethro Tull, they never quite gelled with record buyers. Regular personnel changes didn’t help either: Humble Pie‘s Greg Ridley, Only Ones drummer Mike Kellie, Foreigner‘s Mick Jones and Mike Patto had all served time by the band’s demise. 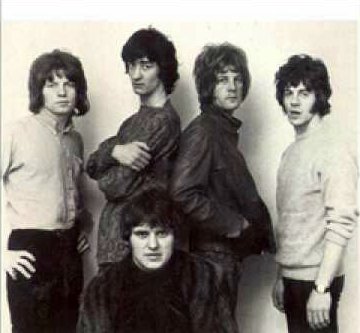 This is a nice addition for every Spooky Tooth collector and I would like to bring back memories of a real good band from this period of rockmusic.

This album was pressed in red, white or green vinyl with no informations on the labels. 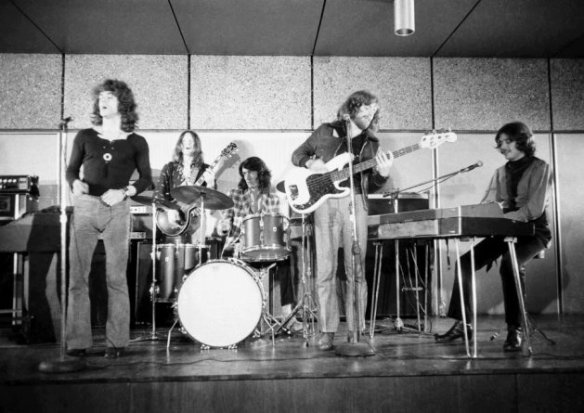 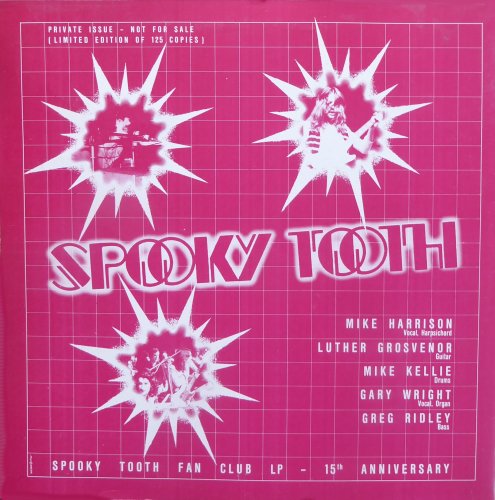 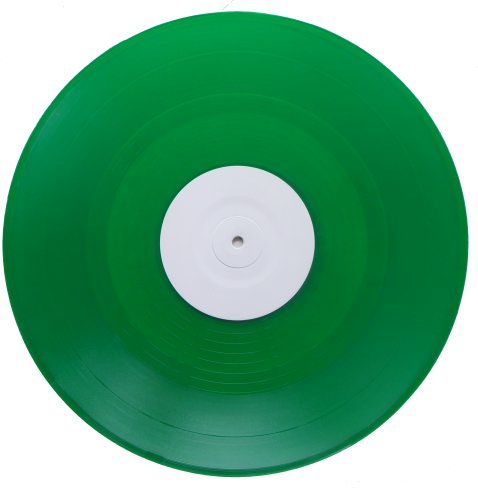 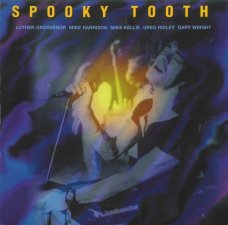 A new dawn broke in England in 1966-67 and it was a blues-rock dawn. Bands like Cream, Free, Ten Years After, The Rolling Stones and even Fleetwood Mac were blending their blues roots with the insistent beat of rock and gaining commercial success from it. and during the late 1960s, Spooky Tooth was one of a contingent of new British rock bands inspired by the first British Rock Invasion of acts like The Rolling Stones, The Yardbirds and The Animals.

Spooky Tooth took Europe and America by storm; alongside their Island Records label mates Traffic, Free and Jethtro Tull. From 1967 through 1974, they released seven Billboard-charting albums. After the band’s demise, all of the members went on to careers as solo artists or members of other successful bands.

It’s been 30 years since “It’s All About”, their first Stateside release on Bell Records (later reissued by A&M as “Tobacco Road”). For musicians who have not recorded together for many years, there were a number of obstacles to overcome. Each of the group members had created their own lives and coming together again presented somewhat of a challenge. Although the group wanted to honor some of their past material, they were also very conscious of writing contemporary new material which would reflect who they are now.

Part of the Spooky Tooth legacy is that they were always great at covering songs by then-unknown writers (Elton John, Robbie Robertson) and at recording songs by established writers and making them their own (Lennon/McCartney, Al Kooper, Bob Dylan) in the inimitable Spooky Tooth style. 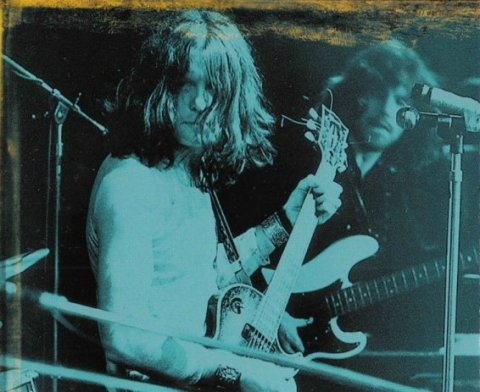 One of the more intriguing components of the blues-rock movement was Spooky Tooth. They differed from other bands in that they utilized two very distinctive, talented vocalists (Mike Harrison and Gary Wright) and they featured an ominous yet potent organ sound.

By 1968, they had broken through commercially in England and were on the verge of releasing their most popular material. It was at this time that they performed on several editions of BBC´s radio program Top Gear.

Six of the nine tracks presented on BBC Sessions are taken from those appearances and showcase a band poised at the brink of big-time success. An aural snapshot of a well known band at that juncture of its recording career is very rare.

Music from Deep Yesterday, Classic Yesterday and Reunion Yesterday´s BBC Sessions is everything a title like this should be. 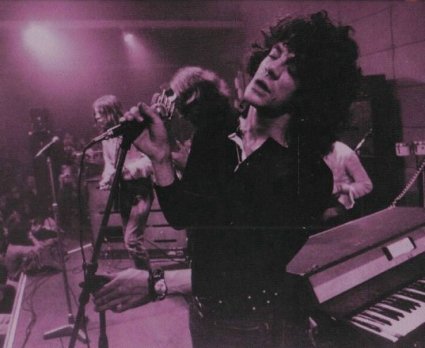 This is a nice addition for every serious Spooky Tooth collector, but:

For years now bootlegs of Spooky Tooth’s BBC recordings have been circulating, most with less than excellent sound. Finally we get a chance to hear the band at its finest: LIVE “at the Beeb,” and what do we get? A truncated set, short in selections and definitely not what we would like to hear. The half dozen BBC songs come from but one or two of the numerous sessions the band recorded between 1968 and 1969, and many are faded in, suggesting that they are taken from transcription discs with spoken voice-over introductions that were simply edited out. Missing are some of the best BBC sessions, songs like “Tobacco Road,” and “Evil Woman” that were hallmarks of the band in concert. Although the studio outtakes from the 1999 reunion album are nice to have, they really do not fit comfortably into this collection. Equally disappointing are the two “bonus cuts” tacked on to the end of the disc which come from a 1970 Berlin concert, but which are rather shabby sounding, and which appear with no explanation as to their origins. In short we get a taste of what might have been, namely a Spooky Tooth BBC set to rival those recently issued by the Kinks, and the Who, but which instead winds up a missed opportunity. (by Christopher L. Dolmetsch) 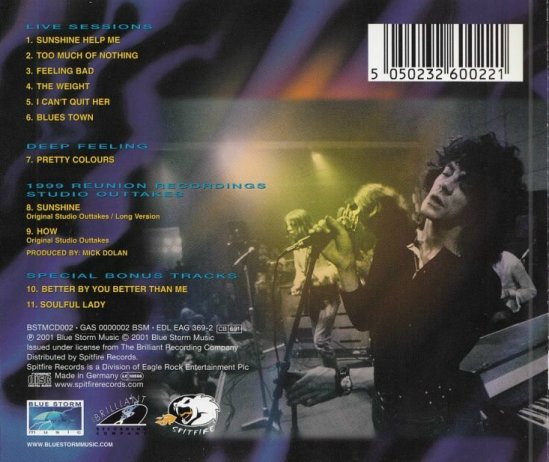 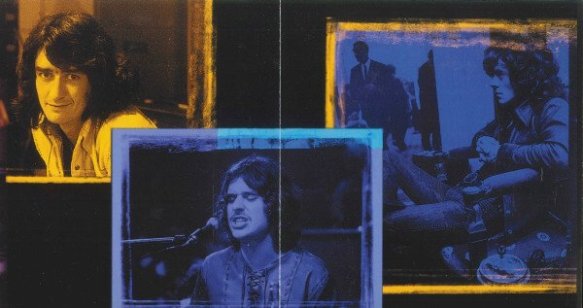 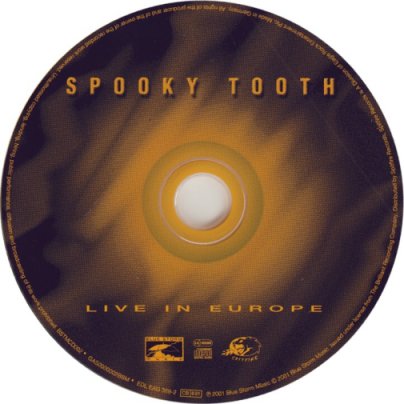 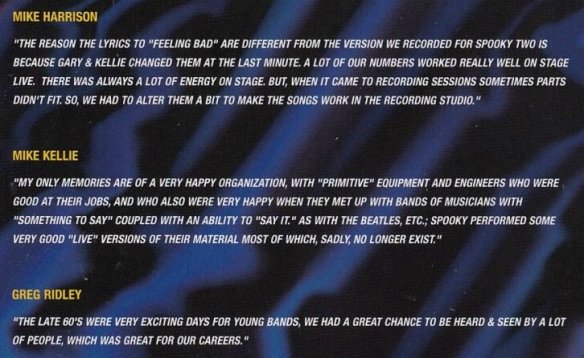 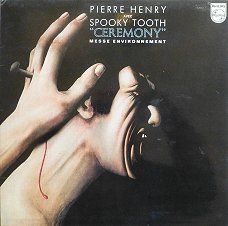 Pierre Henry (9 December 1927 – 5 July 2017) was a French composer, considered a pioneer in the musique concrète genre of electronic music.

Pierre Henry was born in Paris, France, and began experimenting at the age of 15 with sounds produced by various objects. He became fascinated with the integration of noise into music. He studied with Nadia Boulanger, Olivier Messiaen, and Félix Passerone at the Paris Conservatoire from 1938 to 1948.

Between 1949 and 1958, Henry worked at the Club d’Essai studio at RTF, which had been founded by Pierre Schaeffer in 1943 (Dhomont 2001). During this period, he wrote the 1950 piece Symphonie pour un homme seul, in cooperation with Schaeffer; he also composed the first musique concrète to appear in a commercial film, the 1952 short film Astrologie ou le miroir de la vie. Henry scored numerous additional films and ballets.

Two years after leaving the RTF, he founded with Jean Baronnet the first private electronic studio in France, the Apsone-Cabasse Studio

Composer Christopher Tyng was heavily inspired by Henry’s “Psyché Rock” when writing the theme to the popular animated cartoon show Futurama. The theme is so reminiscent of the Henry’s song, it is considered a variation of the original.

Henry died on Wednesday 5 July 2017 at Saint Joseph’s Hospital in Paris, at the age of 89. 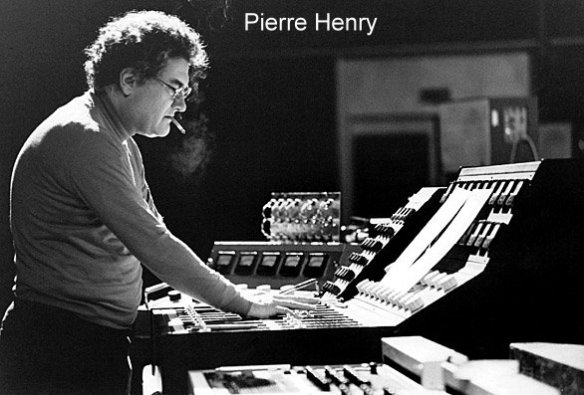 Ceremony is a 1969 album by progressive UK rock band Spooky Tooth in collaboration with French electronic and “found-object” composer Pierre Henry. The album takes the form of a church service. A Pierre Henry-free version of the closing track “Hosanna” with different lyrics appears on 2015 Universal release ‘The Island Years 1967-1974’ under the title “When I Get Home.” The release also includes an alternate take of “Have Mercy” (also without Henry) and a session outtake titled “Shine a Light on Me.”

The album is considered by singer and songwriter Gary Wright to have ended the band’s career. “Then we did a project that wasn’t our album. It was with this French electronic music composer named Pierre Henry. We just told the label, ‘You know this is his album, not our album. We’ll play on it just like musicians.’ And then when the album was finished, they said, ‘Oh no no — it’s great. We’re gonna release this as your next album.’ We said, ‘You can’t do that. It doesn’t have anything to do with the direction of Spooky Two and it will ruin our career.’ And that’s exactly what happened.” (by wikipedia) 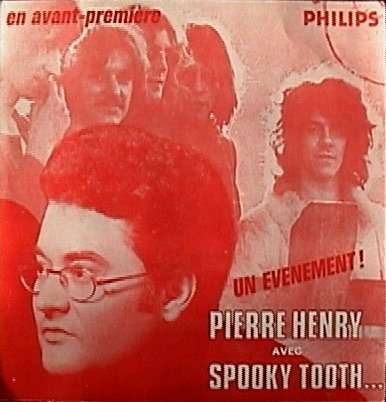 It’s fair to say that Ceremony: An Electric Mass is unlike any other release by an English band normally rooted in the blues. Think of it as Spooky Tooth’s version of Concerto for Group and Orchestra by Deep Purple, in which, after two or three promising blues-based rock releases, one member of the band somehow convinces the others to go for a wildly ambitious, experimental concept album. Jon Lord persuaded Deep Purple to dive into the deep end, and Gary Wright convinced Spooky Tooth to welcome acclaimed French composer and musique concrète pioneer Pierre Henry for this electronic mass. Henry’s atonal arrangements don’t fare too badly against Spooky Tooth’s piercing guitars and bluesy wail, although Wright left the band after Ceremony (just as Lord never had the same influence on Purple again, leaving Ritchie Blackmore to lead them on to heavy metal glory). (by Mark Allan)

All tracks composed by Pierre Henry and Gary Wright 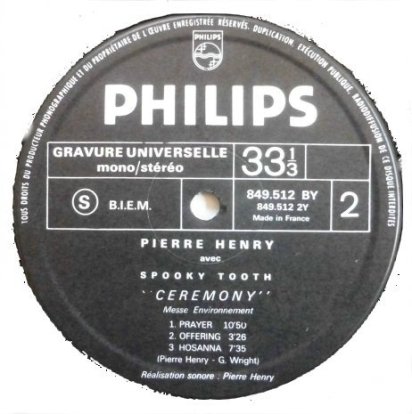 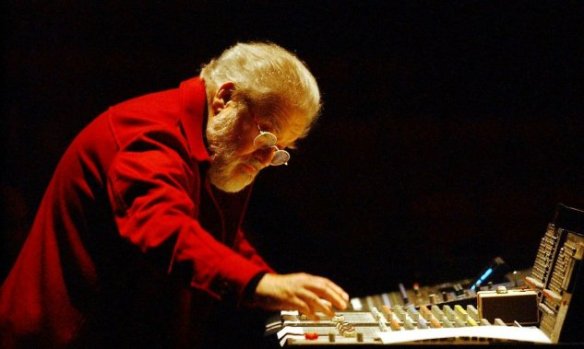