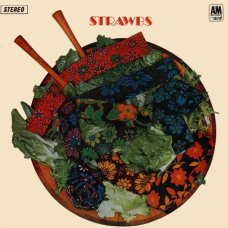 Strawbs is the debut studio album by English band Strawbs. (The Sandy Denny & The Strawbs LP All Our Own Work released in Denmark is generally not counted.)

Not initially issued in the US, US A&M did issue two singles (“Oh How She’s Changed” b/w “Or Am I Dreaming”, and “The Man Who Called Himself Jesus” b/w “Poor Jimmy Wilson”). (by wikipedia)

The Strawbs had done an album with Sandy Denny handling many of the vocals, and had also done quite a bit of unreleased recordings (now on the double CD Preserves Uncanned) prior to 1969’s Strawbs. This is still their first proper album, but their wealth of prior live and studio experience most likely helped make it sound more confident and fully formed than many a debut effort. The group distinguished itself among the burgeoning school of British folk-rockers by delivering bittersweet folk-rock with a storytelling flavor. Dave Cousins’ songwriting was on the sober and occasionally over-earnest side, but nonetheless the record was strong and alluring enough to immediately establish the Strawbs as one of the better first-generation U.K. folk-rock outfits. Some of 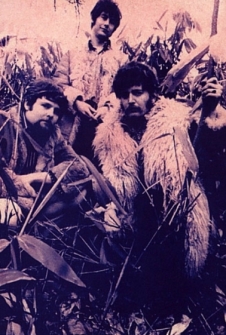 these songs had been around for a while, as the presence of some of them on Preserves Uncanned and Sandy Denny & the Strawbs attests. However, the group took big strides from bare-bones folk-rock in the studio by dressing these in arrangements — sometimes with light recorder, choral backup vocals, and orchestration — that gave the Elizabethan melodies a pastoral, quasi-classical feel at times, without losing sight of an acoustic base. “The Man Who Called Himself Jesus” and “Where Is This Dream of Your Youth” are among their best and most ambitious songs, and even if the compositions can sometimes take themselves too seriously, the music’s never less than respectable. (by by Richie Unterberger)

Strawbs are best known as the literate prog band in the early seventies that achieved some US success, but before that, they started as a cute little London-based bluegrass three-piece, The Strawberry Hill Boys, before falling into the psych scene, like everyone else, and putting out a pre-prog series of stunning psych-folk albums, of which this debut is a fine example. David Cousins was quite proudly poetic, wordy and a bit pompous in his exploration of Romantic, mystical and gothic themes. But he pulls it off with aplomb! The music is usually acoustic, slow, ponderous, and augmented by cello and other strings, giving a pastoral, pleasantly dated feel. 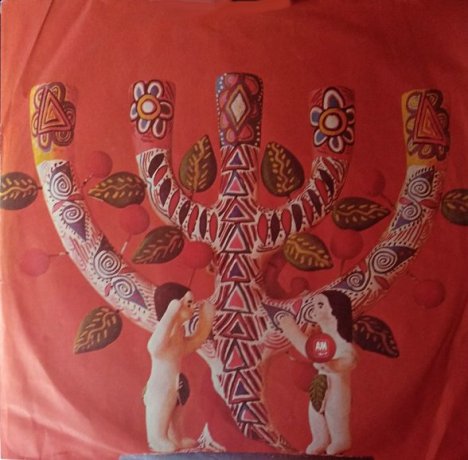 There’s really not a duff track here, but it’s when sounding Brontë-esque and dark that the album’s at its best on songs like “That Which Once Was Mine.” Second guitarist Tony Hooper’s choirboy voice is featured beautifully on the symphonic “Oh How She Changed“. Cousins is at his worst in an overly long ballad based on a chess match (“The Battle”) but at his best when tripping out on the poppy “Where Is This Dream of Your Youth” and the Middle Eastern-music-influenced “Tell Me What You See in Me”. A longtime favourite of mine, this record doesn’t just transport me to 1969 with its mystical, misty vibe — it goes back way further! (by makeyourowntaste.com) 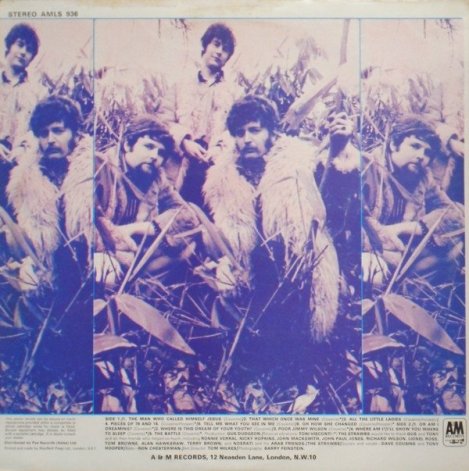 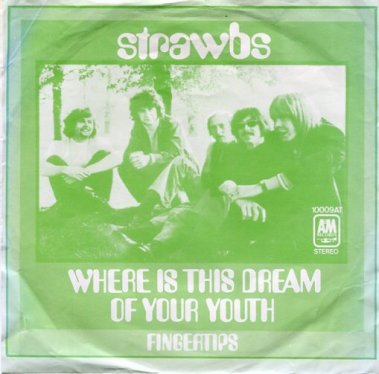 Much more great albums by A & M Records 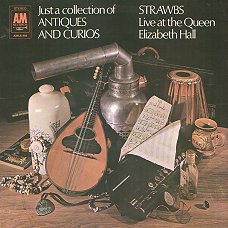 Just a Collection of Antiques and Curios is the third album by the Strawbs mostly recorded live at the Queen Elizabeth Hall in London on 11 July 1970. The album reached number 27 in the UK Albums Chart.

The concert was instrumental in bringing Rick Wakeman’s virtuosity to the attention of the music media, when Melody Maker prophesied super-stardom for the keyboard player. (by wikipedia)

This album, cut live at London’s Queen Elizabeth Hall in July of 1970, was the first Strawbs album to be released in the United States. It didn’t do much in the U.S., but it did chart in England, and the original concert also got Rick Wakeman his first front-page coverage in the British music press, owing to his bravura performance on the solo piano spot, “Temperament for a Mind.” The group is trying really hard here to make the jump from folk to folk-rock. They still play a lot of acoustic music, and some of it is surprisingly diverse, but this is a fairly successful album bridging the gap between the acoustic Strawbs combo of their first incarnation and the harder, more strident folk-rock stylings that followed on From the Witchwood, with hints of progressive leanings.

The original finale, the rocking, searing nine-minute epic “Where Is the Dream of Your Youth,” which clearly showed where the band was heading, was supplemented on a remastered CD reissue (A&M 540-938-2) with a haunting, moody “Vision of the Lady of the Lake,” featuring Dave Cousins and Rick Wakeman, and Tony Hooper’s showcase number, the surprisingly rousing “We’ll Meet Again,” from the same concert, and the contemporary studio creation “Forever.” The latter is the only track that doesn’t fit, its heavy string overdubs and studio ambience clashing with the live sound on the rest of the CD, although it does have Cousins’ best vocals of the album. The sound throughout is excellent, as one might expect since the producers returned to the original concert recordings, with rich detail and an especially robust presence to John Ford’s bass playing. (by Bruce Eder)

And “Where Is This Dream Of Your Youth” is one of the finest tracks, Strawbs ever recorded (including a short version of “America” by Leonard  Bernstein played in The Nice style). 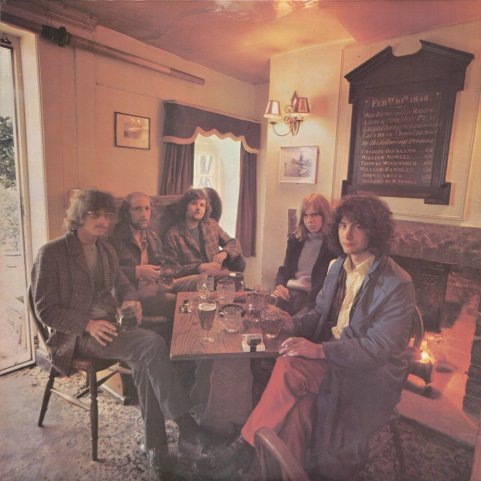 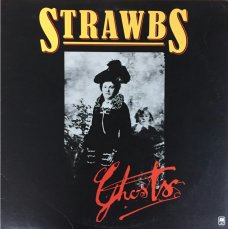 Ghosts is the 7th studio album by English band Strawbs.

Ghosts was the last album by the Strawbs to appear while the band was on its upward curve of commercial success; a more lyrical follow-up to Hero and Heroine, it was the group’s last thrust at wide-audience appeal, with a hoped for-hit (“Lemon Pie”) that didn’t materialize. The group’s mix of acoustic guitars, electric lead and bass, and Rod Coombes’ heavy drumming was very compelling on this, their smoothest album. The title track introduction, mixing multiple overdubbed harpsichords, acoustic guitars, and church bells was a gorgeous beginning, and the melodies only got better further into the album. The hauntingly beautiful “Starshine/Angel Wine” was a magnificent successor to “Lay Down” off of Bursting at the Seams, with a moment of Led Zeppelin-like flash from Dave Lambert’s playing in the break, while “The Life Auction” was a bigger, bolder follow-up to “The Hangman and the Papist.” The original finale, “Grace Darling,” is probably the prettiest tune Dave Cousins ever wrote. Alas, Ghosts would be the group’s last record to be released before the changes in music — with the introduction of punk rock in the middle of the ’70s — began hemming them in, and they never again put out an album with as much panache as this. Previously available on CD only from Japan, in 1998 Ghosts was reissued by A&M in England with a sharp, clean digital sound that greatly enhanced the rich textures of the playing, and one bonus track, Coombes’ unexpectedly lyrical “Changes Arrange Us,” which had previously been available only as a single B-side (by Bruce Eder) 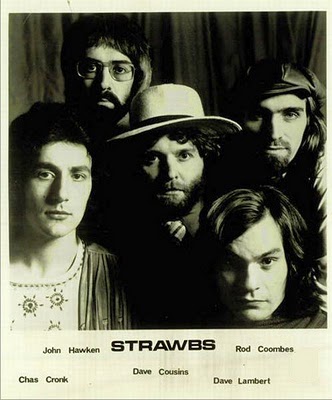 This concert is known to be the last with Rick Wakeman on keyboard, before he joined Yes, replacing Tony Kaye. Not a bad thing he left I must say, since he’s often totally out of subject with his progressive-epic approach of keyboards, more Keith Emerson than Matthew Fisher. Recorded one year after the Queen Elizabeth Hall concert that gave the Antiques and Curios album, it shows how the band grew confident, often not for the best, some versions being quite weak. Others are great such as “The Shepherd’s Song”. But it’s clear that the band was going away from his folk roots, and it’s no surprise Tony Hooper was living his last months with the band. All in all, an unavoidable addition to any Strawbs collection. (by dkandroughmix-forgottensongs.blogspot)

This is maybe not the best period of The Strawbs … but even in this difficult Phase (you know Rick Wakeman leave the band to join Yes 1), it´s a superb album from a real great band !

All Songs written by Dave Cousins