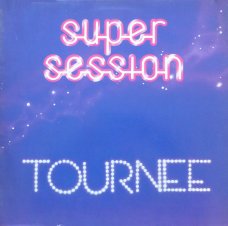 Supersession arouse from the idea and the initiative of the drummer Waldo Karpenkiel from Krefeld/Germany. In May 1979, the band met for the first time in order to make some trial concerts. The musicians who took part, the audience and the press were so enthusiastic that the band decided to continue working together in any case.

Musicians from the following countries played – up to now – with the band, which consists of eleven persons: Bolivia, Argentina, Chile, Columbia, the GDR, the Netherlands, Bulgaria and the FRG. They enriched the music and the sound of Supersession by their various influences. In May 1979, the band started to give numerous concerts in Germany and the neighbour countries. Some radio shows were made by WDR (Cologne), NDR (Hamburg), Rias (Berlin). TV shows: “ARD Lieder+Leute”. Three LPs have been published until now. (by Zanzig)

After der band split up during the 80´s they had a great reunion in 2011 … Their sound, their spirit and their music is still alive and well  … till today. Listen ! 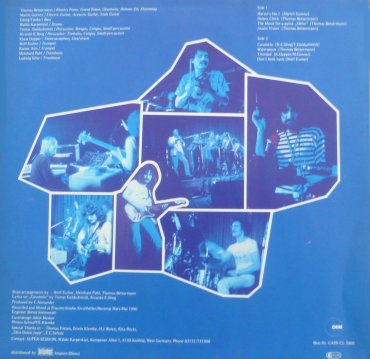 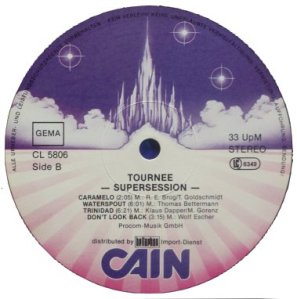