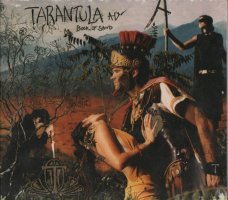 A’right; first things first: The album cover for New York trio Tarantula A.D.’s Book of Sand is one of the worst in recent history. While it’s no secret to anyone who has heard their comp tracks and E.P. that the band has serious art/music-school pretentiousness woven tightly into its sound, the cover is just plain silly, bordering on laughable. And then there’s the music. For those unaware, Tarantula A.D. are an instrumental unit. They play everything from violins and cellos (Danny Bensi), to electric guitars and basses (Saunder Jurrians), to drums, glockenspiels, pianos, and weird percussion instruments (Greg Rogove). Book of Sand is one outrageous recording. It opens with the first of a three-part suite (“The Century Trilogy, Part One: Conquest”) that winds throughout the album. Bensi’s violin enters the fray slowly and deliberately, playing a flamenco figure as Rogove slithers in on tom toms before Jurrians’ electric guitar crashes in with the first of many crescendos. 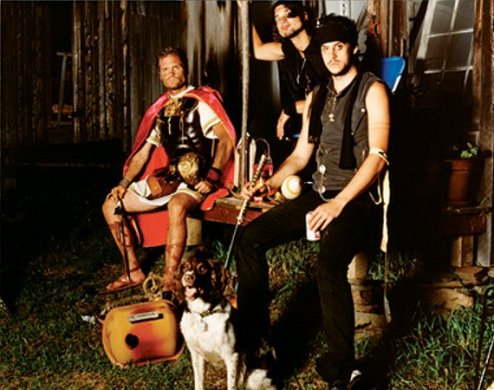 It’s bombastic, metallic, and to be honest, quite convincing. This is art rock with a capital “R.” The band uses classical themes, flamenco sketches, folk music from around the globe, prog rock, Dirty Three-like interludes, and Debussy-esque preludes, all of them encased and wrapped in heavy metal. And while this sounds like a recipe for disaster, it works so well you have to wonder why no one’s really done it this way before. There are vocals on the album; they come from Sierra Casady (CocoRosie) on “Sealake,” and “Empire”; from Alexander and Damon McMahon (of Inouk) on the first part of another suite called “Who Took Berlin,” and from the ubiquitous Devendra Banhart on “The Century Trilogy Part III: The Fall.”

It’s a tightly conceived mess that gets more expansive as it goes; there are refined dynamics that whisper and float before exploding into one’s ears, and gorgeous passages of detailed beauty juxtaposed against bone-crunching mayhem. The tension written into these pieces is sublime, and the sheer abandon with which this music is played is not only admirable; it’s remarkable. Fans of the Dirty Three and Hungry Ghosts will (though Tarantula A.D. sounds nothing like either of them) will find a common reference point, though fans of lo-fi indie rock will, most likely, find Book of Sand an utterly horrifying concept. Either way, it’s a recording that stands on its own as original, iconoclastic, and brave. (The import version of the record comes with a hidden bonus track entitled “If You Deny Me I’ll Be Lost,” which was kept off domestic releases because it may offend some religious sensibilities. It is available for free as a download form the band’s website.) (by Thom Jurek) 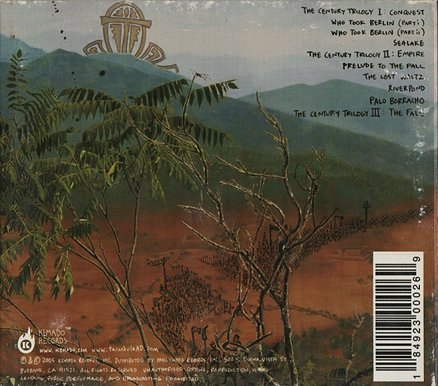 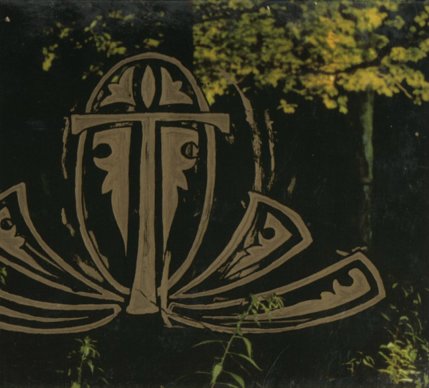