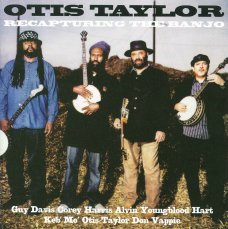 Thanks to films like Deliverance and the rise of bluegrass since the mid-’50s, the banjo has come to be associated with white Appalachia in most people’s minds, but the instrument actually has its origins in West Africa, arriving in the New World via the slave trade, and consequently became a dominant factor in early African-American song styles. A simple instrument with tremendous modal possibilities, the banjo, particularly in its five-string version, also has a much wider range of tones, approaches, and styles in its repertoire than most people only familiar with the slash-and-burn speed style of modern bluegrass are likely to realize. In this regard, the title of Otis Taylor’s ninth album, Recapturing the Banjo, is quite literally a mission statement. Taylor has always featured the banjo on his various recording projects, but here he brings the instrument front and center and enlists the help of several other contemporary black musicians, including Alvin Youngblood Hart, Guy Davis, Corey Harris, Don Vappie, and Keb’ Mo’, to present the banjo in a clearer historical light. This is no archival museum album, however, and while it does encompass and illustrate several banjo styles, from the clawhammer work of Davis on

the traditional “Little Liza Jane” to the delicate picking style of Keb’ Mo’ on his own “The Way It Goes” and the jug band approach of Harris and Vappie on Gus Cannon’s “Walk Right In,” Recapturing the Banjo remains very much an Otis Taylor release, full of the kind of driving, modal trance tunes that he has always done so strikingly well. The opener, “Ran So Hard the Sun Went Down,” a Taylor original, is a case in point. With a massed banjo army of Hart, Harris, Vappie, and Taylor himself, and amended by Taylor’s daughter Cassie Taylor on bass and backup vocals, the song races in modal fashion with a steam-engine drive not unlike some of the North Mississippi trance blues of R.L. Burnside and company. It’s all pretty exhilarating. This isn’t an album full of purist intentions, either, and there’s plenty of lap steel and electric guitar included in Taylor’s powerful take on the old chestnut “Hey Joe,” for instance, which features a guitar lead that even pays homage to Jimi Hendrix’s famous version. Another highlight is Hart’s stripped-down (just Hart on banjo and Taylor on percussion) reading of another traditional song, “Deep Blue Sea,” that takes the banjo well out of the parlor. Taylor has yet to make a disappointing album, and Recapturing the Banjo is yet another striking example of how he combines the past and the present in a powerful contemporary cultural statement that informs and instructs even as it keeps the feet moving. So don’t expect “Orange Blossom Special.” This is the banjo in its original habitat given a 21st century twist while still paying tribute to its African past, and that’s quite an impressive hat trick indeed.  (by Steve Leggett) 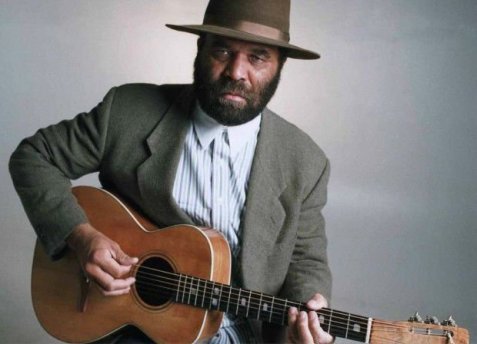 And here´s Otis Taylor with a fantastic live version of “Hey Joe” (feat. Anne Harris on violin and guitar whiz Taylor Scott ) , one of the best versions ever !