The Philadelphia Orchestra (founded in 1900 !) is an American symphony orchestra, based in Philadelphia, Pennsylvania. One of the “Big Five” American orchestras, the orchestra is based at the Kimmel Center for the Performing Arts, where it performs its subscription concerts, numbering over 130 annually, in Verizon Hall.

From its founding until 2001, the Philadelphia Orchestra gave its concerts at the Academy of Music. The orchestra continues to own the Academy, and returns there one week per year for the Academy of Music’s annual gala concert and concerts for school children. The Philadelphia Orchestra’s summer home is the Mann Center for the Performing Arts. It also has summer residencies at the Saratoga Performing Arts Center, and since July 2007 at the Bravo! Vail Valley Festival in Vail, Colorado.

The first record from 1926 … The Nutcracker Suite … see below 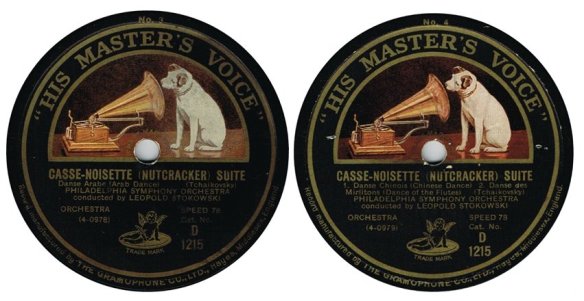 The orchestra also performs an annual series of concerts at Carnegie Hall. From its earliest days the orchestra has been active in the recording studio, making extensive numbers of recordings, primarily for RCA Victor and Columbia Records.

The orchestra’s current music director is Yannick Nézet-Séguin, since 2012. (wikipedia)

And here´s one of their countless albums, called “Gala” and we hear 4 msterpieces of classic music (see tracklist).

And I´m very glad, that this old album is in a more or less good condition … so my vinyl rip should be s pleasure for everyone, who loves this kind of music, like I do.

Enjoy the power of classic music !

And the first time I heard a small little part of the “Nutcracker Suite” was while I´m listening the Emerson, Lake & Palmer album “Pictures At The Exhibition” and we should never forget, that Ravels “Bolero” was on a Colosseum album … 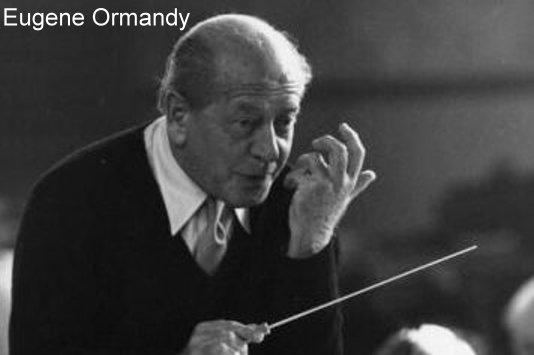 I guess this was a very special night at the Carnegie Hall, New York. This concert should celebrate the 85th anniversary of this legendary concert hall.

My uncle bought this double LP as a Christmas present for my father back when it first came out. It was recorded in celebration of the 85th anniversary of Carnegie Hall. That concert night featured Leonard Bernstein and members of the NYP, Isaac Stern, Rostropovich, Yehudi Menuhin, and of course, Dieskau and Horowitz! Bach’s double violin concerto in D minor is unpolished with Stern and Menuhin and the entire cast singing Handel’s “Hallelujah” from the Massiah at the end is a bit much and over the top.

Still, it was indeed a historical night and Dieskau and Horowitz’ performance of Schumann’s Dichterliebe made it so. A must have for anyone who loves this piece or wishes to fall in love with it. (Peter Chordas)

The performance of the slow movement of the rachmaninoff cello sonata is among the most touching recordings that have ever been made. (Joerg)

The performance of the slow movement of the rachmaninoff cello sonata is among the most touching recordings that have ever been made. (Pete)

All lovers of Lieder seem to have a certain passion and veneration for Fischer-Dieskau’s interpretation of Schumann’s Dichterliebe. It is appearant that this singer’s understanding of the music, his vocal capacity, his beautiful phrasing, clear diction, and his general (outstanding) musicianship enable him to communicate these Lieder in a way nobody else has done before (save maybe Hotter) or since.
In this live-recording he is supported by no other than Vladimir Horowitz! And the inspiration between these two artists works wonders. Horowitz’ playing in crucial moments of the cycle fx “Ich Grolle Nicht” adds a spiritual dimension to the interpretation that you do not get from Moore, Brendel or Demus. We are dealing with the best interpretation of this cycle ever conveyed to disc. (Tommy Nielsen)

And … listen to “Pater Noster” … unbelieveable music … I call this music … spiritual music, even I don´t believe in god !

Members Of The New York Philharmonic conducted by Leonard Bernstein (on 01., 05. + 07.)
The Oratorio Society Orchestra conducted by Lyndon Woodside (o6. + 07.)

Only in the silence can music touch a chord within us, and create a distant echo. And it is through the silence that the piano can open and blossom with it incomparable voice, and the vibration of it strings melt into melody.

Since the invention of the modern Pianoforte in the 18th century, composers have again and again been inspired by its special sensibilities, and the capacity of this Instrument to encompass the slightest expressive nuances and translate them into Sound.

On this album you will find a collection of the loveliest piano melodies in musical history: Whether the Adagio sosenuto from Beethoven´s Moonlight Sonata, or the Largo from his Piano Concerto, whether Listz´s Liebestraum, or Schumann´s Träumerei, the Adagio from Grieg´s  Piano Concerto or Chopin´s Nocturne, all show how this instrument has struck a chord in these Composers (Georg Stänzel; taken from the original liner notes)

Enjoy the sounds of silence !