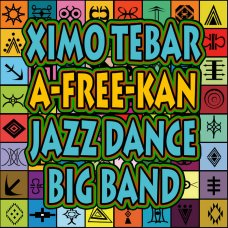 Tebar started taking guitar lessons at the age of seven. His first music genre was flamenco. At the age of 15, he was attracted to Brazilian music. When he was 17, he decided to take up a career in the professional music and founded his own Jazz Group. He won with his group the international competition of the jazz festival Getxo in 1990. In 1989, he played as the representative of Spain in the big band of EBU.

Since then, Tebar made regularly international tours with his band or as a solo guitarist. Also, he performed with Lou Bennett in Europe in 1992. In 1995, he made a record contract with Warner Brothers. In 1997, he made a tour with Lou Donaldson, Lonnie Smith, Idris Muhammad and Billy Lewis Brooks. His album Goes Blue, which was published with his own label Omix, was praised as an excellent work by critics. In 2002, he appeared for the first time in the New York jazz club, Birdland. At the end of 2003, he moved to New York for working with Arturo O’Farrill and the Afro Cuban Jazz Orchestra of Chico O’Farrill. he has produced also albums for Dave Schnitter and Ester Andujar. Besides, he has worked with Johnny Griffin, Benny Golson, Joe Lovano, Tom Harrell, Tete Montoliu, Anthony Jackson, Louie Bellson, Pedro Iturralde or Jan Akkerman. 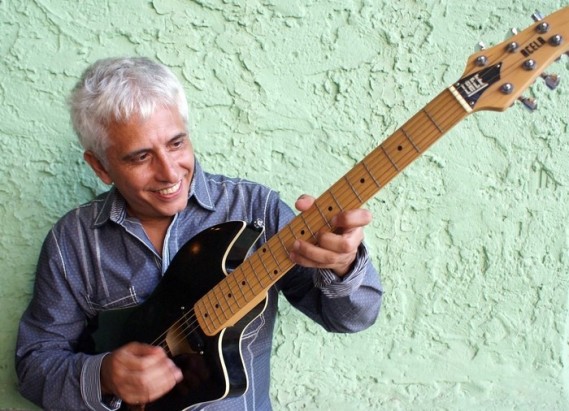 Tebar as a soloist and as a member of this group was awarded Muestra Nacional de Jazz by the ministry of Culture in 1989 and 1990. His group won the competition of Getxo in 1990. In 2001 and 2002, his band was awarded Premio Jazz Promusics as the best group. The album Homepage achieved this award again in 2001. In 2007, he was appreciated by the award for extraordinary performance in the field of jazz education of the International Association for Jazz Education. (by wikipedia) 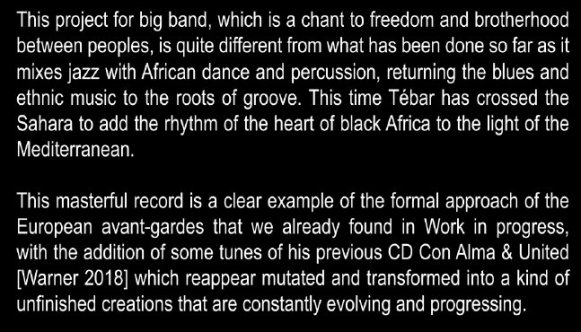 Curious and unusual instrumental composition with traditional African, classical and flamenco voices, instruments and dances led by jazz guitarist Ximo Tebar. Artistically, highlights the fusion of traditional African music and dance with the most modern jazz in a curious and unusual instrumental composition with voices, itraditional African instruments and dances, flamenco dance, classical and modern instruments; cello, percussion, guitar, bass and drums creating a curious combination of environments cello-kora (traditional African instrument), and the African voices playing original music or arrangements of renowned composers such as Wayne Shorter or Miriam Makeba. The collective improvisations between the instruments together with the percussionists and the dances, create a rhythmic, mysterious and magical spectacular environment. This project is a multicultural breakthrough in the fusion of World Music. (by bigbanddirectory.org) 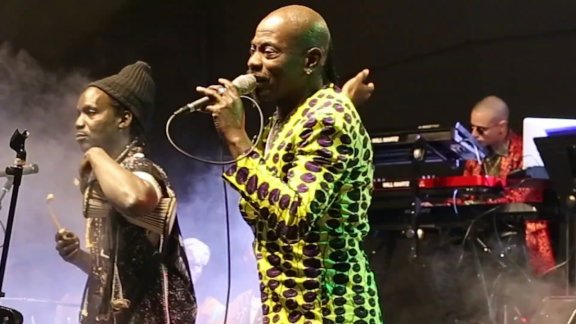 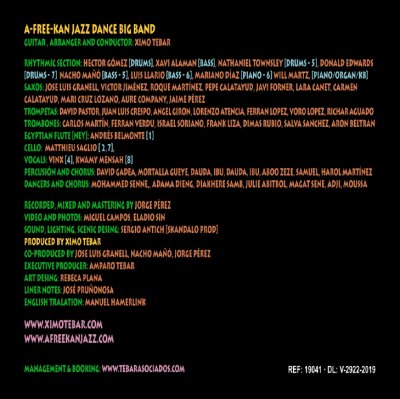 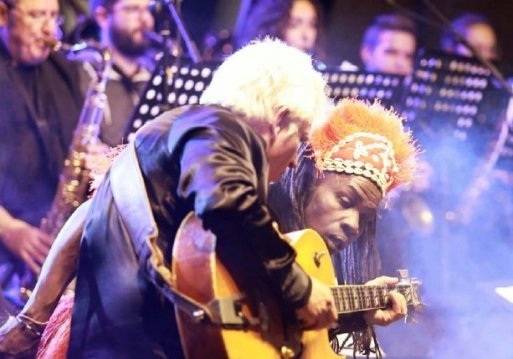