The Banshee fomed in Genova (Italy) in 2001, while the guys were still teenagers.
“Public Talks”, their first album, was released in Italy on Suiteside Oct. 2006, and then distributed in Nov. 2007 by Fading Ways Music in UK , Canada and Benelux.
The album got an enthusiast quote in the NME Breaking Bands column, airplay on Radio 1 and BBC6 by Steve Lamacq and Tom Robinson, two successful UK tours and Belgium gigs.
The Banshee appeal lies in their cool fucked-up attitude, in the apparently carelessness they jump in throwing the songs on stage. It’s the charm of not average indie pop-hooks people can relate easily to.
With lots of new ideas The Banshee entered Red House Studio in Senigallia (Ancona, Italy) to record their second album – titled “Your Nice Habits”, with the production of Luke Smith (ex-Clor, already producer for Shit Disco, To My Boy, Theoretical Girl, frYars). It was February 2008, then Luke Smith mixed the ten tracks in March in his London home studio.
Mastering has been done at Optimum Mastering Ltd in Bristol by Luke and Shawn Joseph.
“Your Nice Habits” shows the band at its best, with clean songwriting and memorable hooks matching groovy wave beats, electro burst and undeceived lyrics.
With an increasing amount of blogs and webzines around the world spreading the word about The Banshee, “Your Nice Habits” has been released in Italy in September ’08 and then in Europe (G/A/S – Benelux) on Fading Ways January 30, 2009 (distribution Sonic Rendez-Vous / Alive! PR gordon@tomlab), with a one month european tour following in February.
End of March ’09 the Oxford based label Shifty Disco (Young Knives, Elf Power, King of Spain..) released in the UK the “People Around DLEP”, taking The Banshee to new levels on Uk venues and on XFM, while BBC6’s Tom Robinson topped “Your Nice Habits” as “Best Album of the Year 2008”. (suiteside.wordpress.com)

Leave it to the Italians. 2008 will, ifsuiteside.wordpress.com) nothing else go down as the year of 80s electro pop/punk/new wave revival. We’ve had the faux fourth world africanisms of Vampire Weekend, and the fizzy electronic Devo-lution of Hot Chip, but if you really want to recreate the heady rush of early Wire or XTC (when they still had Barry Andrews punching the organ) then look no further than Genova’s The Banshee. In the same way that our Mediterranean cousins keep the flame of prog burning brighter than it did in 1973, so they also manage to have produced new wave that’s more art school bonkers than it was in 1979.

You know what we mean: hi-hats rattle, jerky snares snap, synths bleep and guitars bark. The vaguely militaristic rhythms beat out a robotic two-step and it’s all you can do not to rush out and get yourself some skin tight jeans and an assymetrical barnet-job. The vaguely flanged, bleaty vocals can remind one of Gary Numan, but really, they have more to do with the (far cooler) Colin Newman (yes, there’s no trace of a Latin accent here). And there’s another reason why you should spend your hard earned paper round money on these boys – they were produced by Luke Smith of the much-missed Clor: another outfit who wouldn’t have looked out of place on the same bill as the Gang Of Four.

While Your Nice Habits never really lets up in terms of energy, spunk and verve, it can pall a little in its relentless angularity. For lovers of art rock this won’t really be a problem, but you can’t help thinking that this makes them a tad unsexy. Still, such enthusiasm can only be applauded. They should have called it Bandierina Rosa. (Chris Jones )

All songs written by Fish – Jago – Nico and Patrick 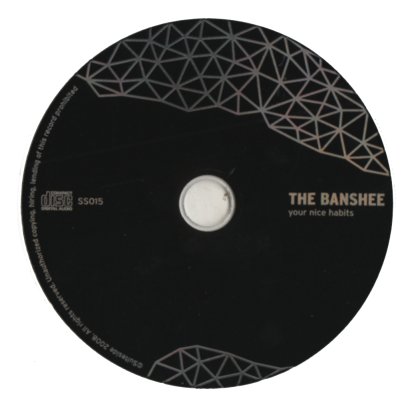