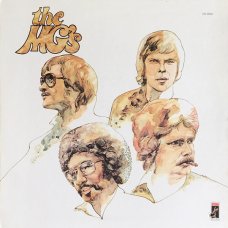 The MG’s is a 1973 album recorded by the MG’s for Stax Records, but by 1973, leader/keyboardist Booker T. Jones and guitarist Steve Cropper were both estranged from Stax and residing full-time in Los Angeles, so remaining members Donald “Duck” Dunn and Al Jackson, Jr. recruited Bobby Manuel and Carson Whitsett to replace Cropper and Jones respectively.

Billed as “The MG’s” since Jones was not involved with the project, the group released two singles, “Sugar Cane” and “Neck Bone”. The singles and the album were not commercially successful, but were critically well received. By 1975, Jones and Cropper agreed to reform the original lineup with Jackson and Dunn, but just days before their scheduled reunion, Jackson was murdered at his home in Memphis, Tennessee. (by wikipedia)

This is the first Stax effort from the principle members of the band since 1971’s Melting Pot. Of course, a lot transpired in the two short years. Booker T. and Steve Cropper left Stax for other opportunities in Los Angeles. Al Jackson began to do more work for rival Hi Records and became a big proponent in Al Green’s career. The M.G.’s features the lineup of drummer Jackson, bassist Duck Dunn, Carson Whitsett on keyboards, and 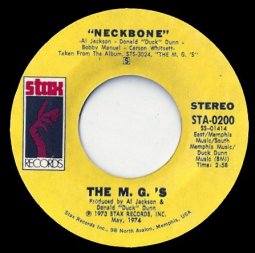 guitarist Bobby Manuel. Despite the fact that this 1973 effort captures a band without half of its most influential members, the playing is top-notch.

It also helps that Whitsett and Manuel all but replicate the keyboard and guitar styles of the singular sounds of Booker T. and Cropper, so the effects of their absence doesn’t detract as much as one might think. The funky “Sugar Cane” has Jackson’s amazing snare work and Whitsett’s good B-3 work. As The M.G.’s goes from song to song, it is clear that it is an enjoyable effort, due to a large part of the skills of producers Jackson and Dunn. “Black Side” is another soothing instrumental featuring great hi-hat work from Jackson. The last track, the propulsive and meditative “Frustration,” has a warm Fender Rhodes and, of course, the rhythmic dynamic of Jackson and Dunn. This well-recorded album gave Dunn and Jackson a chance to work again, and since they were the one of the best rhythm sections of the ’60s and ’70s, it makes The M.G.’s worth looking into, despite the absent members. (by Jason Elias) 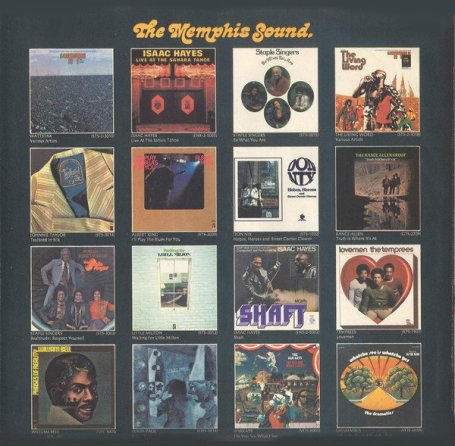