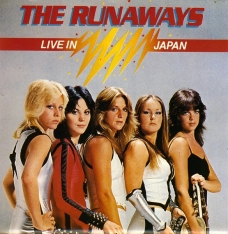 Live in Japan is a 1977 live album from The Runaways. The album was originally released only in Japan, and some other regions including; Canada, Australia, and New Zealand. It was not intended for release in the United States or UK. (by wikipedia)

Because the Runaways were much better known in Japan than the U.S., it stands to reason that their only live album was recorded in that country. This hard to find LP was available in the U.S. only as a Japanese import and sold for around ten to 12 dollars, which was a lot to pay for vinyl in the late ’70s. But American Runaways fans who were willing to make that investment found a lot to admire about the album, which boasted superior sound quality (by ’70s standards) and explosive, uninhibited versions of “You Drive Me Wild,” “Cherry Bomb,” “California Paradise,” and other hard rock pearls. The original Runaways lineup (Joan Jett, Cherie Currie, Lita Ford, Jackie Fox, and Sandy West) was still in place, and the rockers’ primary focus is on material from The Runaways and Queens of Noise. Holding nothing back, Ford is at her most metallic. Except for a handful of bootlegs, Live in Japan is the only documentation of the Runaways on stage. (by Alex Henderson)

Oh yes … here are the Queens Of Noise ! 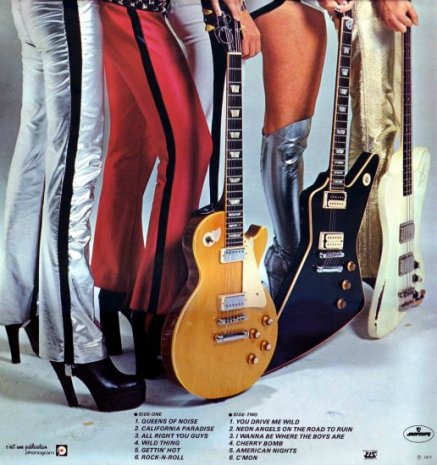 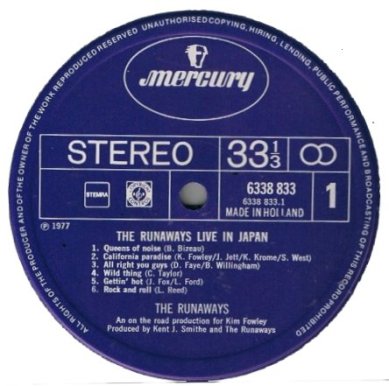 The Runaways is the debut album by the American all-female rock band The Runaways, released in 1976.

According to multiple sources including Cherie Currie (in her memoir Neon Angel), the liner notes of the Raven Records release of The Runaways, and Jackie Fox herself, bassist Nigel Harrison played bass on the first album, due to manager Kim Fowley refusing to let Fox play on the record.

The documentary film Edgeplay: A Film About the Runaways states that the album’s first track “Cherry Bomb” was written ad hoc during the audition of lead singer Cherie Currie and the title is a play on the pronunciation of Currie’s first name. Currie was told to prepare a Suzi Quatro song for the audition; she picked “Fever”, a song the band did not know how to play. Instead, Joan Jett and Kim Fowley came up with the song and had Currie sing it for her audition.

In 2009, “Cherry Bomb” was named the 52nd-best hard rock song of all time by VH1.[5] A cover of “Cherry Bomb” is featured in the music video game Rock Band as a downloadable single track. The song also featured in the movies Dazed and Confused, RV, Cherrybomb, The Runaways, and Guardians of the Galaxy, and is played in the opening scene of Margaret Cho’s stand-up comedy DVD “I’m the One That I Want”.

“You Drive Me Wild” is featured in the 2010 film about the band. Actress Dakota Fanning covers “Cherry Bomb” as well as “Dead End Justice” with Kristen Stewart, as they portray Cherie Currie and Joan Jett respectively. (by wikipedia)

When the Runaways debuted in 1976 with this self-titled LP, aggressive female rockers were the exception instead of the rule. Women had no problem becoming folk-rockers, singer/songwriters or Top 40 icons, but female artists who had more in common with Led Zeppelin and Aerosmith than Joni Mitchell were hardly the norm. With this album, the Runaways made it crystal clear that women (or specifically, adolescent girls) were more than capable of playing intense, forceful hard rock that went directly for the jugular. Lusty classics like “Cherry Bomb” and “You Drive Me Wild” made no attempt to conceal the fact that teenage girls could be every bit as sexual as the guys — a message that both men and women found intimidating. And on “Is It Day or Night,” Cherie Currie sings about life in the fast lane with every bit as much conviction as Axl Rose would 11 years later. Currie and Joan Jett are equally riveting, and a 17-year-old Lita Ford was already an impressive guitarist. This LP was far from a commercial hit in the U.S., where timid rock radio programmers simply didn’t know what to make of the Runaways. But interestingly, it did earn the band a strong following in the major rock market of Japan. (by Alex Henderson) 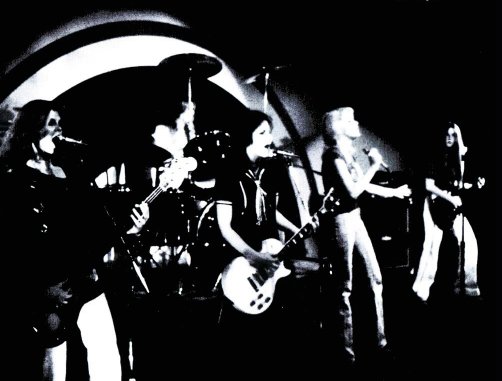 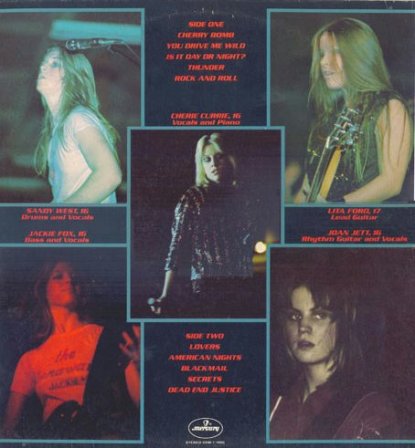