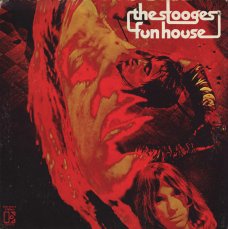 Fun House is the second studio album by American rock band The Stooges. It was released on 7 July 1970 through Elektra Records. Though initially commercially unsuccessful, Fun House developed a strong cult following and, like its successor (1973’s Raw Power), is generally considered integral in the development of punk rock.

Even though Elektra Records’ Jac Holzman believed that the MC5 had more potential than The Stooges, he made the crucial intervention to ask former Kingsmen keyboardist Don Galluci to produce the album. Having seen the group live, Galluci told Holzman that The Stooges were an “interesting group, but I don’t think you can get this feeling on tape”. Holzman said it didn’t matter because he had already reserved recording time in L.A. The album was recorded at Elektra Sound Recorders in Los Angeles, California from 11 May to 25 May 1970. Galluci’s plan as a producer was to use each day to record about a dozen takes of a particular song and then pick the one that would appear on the album. The first day consisted of sound checking and run-throughs of all songs. The entire band used headphones with the bass and drums isolated by baffles while Iggy Pop sang his vocals through a condenser microphone on a boom. 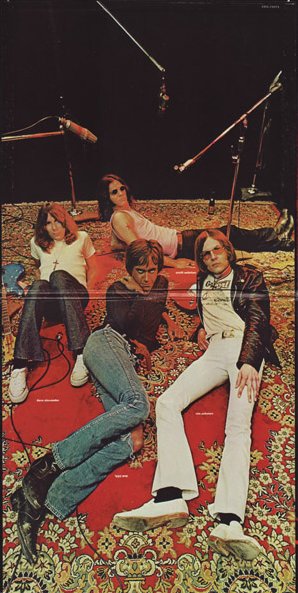 The result was terrible in the band’s opinion. They took exception to the atmosphere inside the studio with sound-proof paddings and isolators. To achieve their vision, The Stooges and Galluci stripped the entire studio of its usual gear to emulate their live performances as closely as possible. According to Galluci, they set up the band in the way they normally play at a concert. For example, Iggy was singing through a hand-held microphone, and the guitar and bass amps were placed side by side. The results were very raw when compared to many contemporary records; for example, without the normal isolation baffles the vibrations from the bass amplifier cause audible rattling of the snare drum on several songs.

Iggy Pop indicated that iconic blues singer Howlin’ Wolf “was really pertinent for me on Fun House. That stuff is Wolfy, at least as I could do it.”

The Stooges intended for “Loose” to be the album’s first track; Elektra, however, felt that “Down on the Street” would be the stronger opener.

An alternate version of “Down on the Street”, featuring a Doors-style organ overdubbed by Gallucci, was pulled from the album and released as a single. It was released the same month as Fun House, and fared slightly better on the charts. 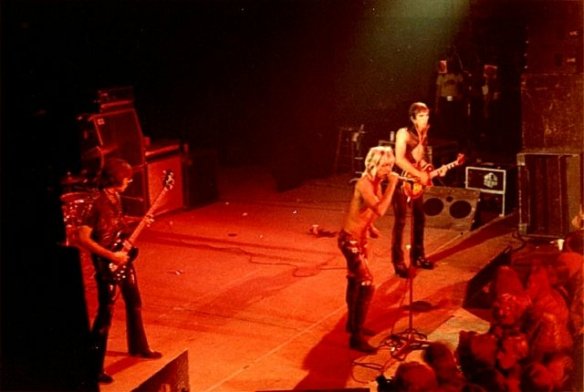 The Stooges’ first album was produced by a classically trained composer; their second was supervised by the former keyboard player with the Kingsmen, and if that didn’t make all the difference, it at least indicates why Fun House was a step in the right direction. Producer Don Gallucci took the approach that The Stooges were a powerhouse live band, and their best bet was to recreate the band’s live set with as little fuss as possible. As a result, the production on Fun House bears some resemblance to the Kingsmen’s version of “Louie Louie” — the sound is smeary and bleeds all over the place, but it packs the low-tech wallop of a concert pumped through a big PA, bursting with energy and immediacy. The Stooges were also a much stronger band this time out; Ron Asheton’s blazing minimalist guitar gained little in the way of technique since The Stooges, but his confidence had grown by a quantum leap as he summoned forth the sounds that would make him the hero of proto-punk guitarists everywhere, and the brutal pound of drummer Scott Asheton and bassist Dave Alexander had grown to heavyweight champion status. And Fun House is where Iggy Pop’s mad genius first reached its full flower; what was a sneer on the band’s debut had grown into the roar of a caged animal desperate for release, and his rants were far more passionate and compelling than what he had served up before. The Stooges may have had more “hits,” but Fun House has stronger songs, including the garage raver to end all garage ravers in “Loose,” the primal scream of “1970,” and the apocalyptic anarchy of “L.A. Blues.” Fun House is the ideal document of The Stooges at their raw, sweaty, howling peak. (by Mark Deming) 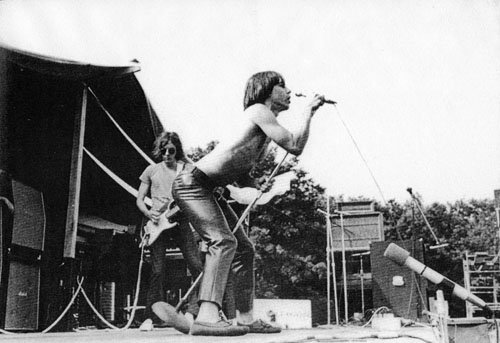