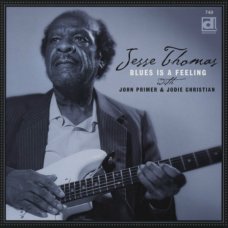 Born in Logansport, Louisiana, United States, Thomas is best known for the song “Blue Goose Blues”, which he recorded for Victor in 1929. He recorded and performed throughout the 1940s and 1950s, based in the Los Angeles area. He recorded for Specialty Records in 1953.

His career spanned over 60 years – in 1994 he appeared at the Long Beach Blues Festival. The Texas bluesman, Ramblin’ Thomas, was his brother, and fellow Louisiana blues guitar player, Lafayette Thomas, was his nephew.

A longtime resident of the Lakeside neighborhood of Shreveport, Louisiana, Thomas died there on August 15, 1995 at the age of 84 (by wikipedia)

Jesse “Baby Face” Thomas never received as much attention as he deserved to, the country bluesman continued to perform and record during the final years of his life. Thomas was 81 when he recorded Blues Is a Feeling, a 1992 session that wasn’t actually

released until 2001. This CD was recorded three years before his death, and it was also recorded during a visit to Chicago in June 1992 (when he was in town to perform at the Chicago Blues Festival). At 81, Thomas didn’t have the vocal power he once did — his voice had grown frail, withered, and thin. But, despite those limitations, Thomas still had charisma, and he was still capable of providing a meaningful album. Blues Is a Feeling isn’t in a class with his best work, although it is a decent effort that thrives on simplicity and rawness. Nothing elaborate is heard on this CD; the performances have a loose, informal quality, and the singer/acoustic guitarist’s only accompaniment consists of fellow guitarist John Primer and acoustic pianist Jodie Christian. There are no drums or bass, which turns out to be a good thing, as Thomas is well served by minimalism. Those who are familiar with Christian’s background will tell you that he is primarily a jazz improviser, not a blues artist. But he has no problem rising to the occasion on this CD. In fact, Christian fits right in because Thomas had a slightly jazz-influenced approach to country-blues — that was one of the things he had in common with Lonnie Johnson. Blues Is a Feeling isn’t among Thomas’ essential releases, but it’s a CD that his hardcore fans will enjoy. (by Alex Henderson)

Listen to this album and you´ll why I love the Blues ! 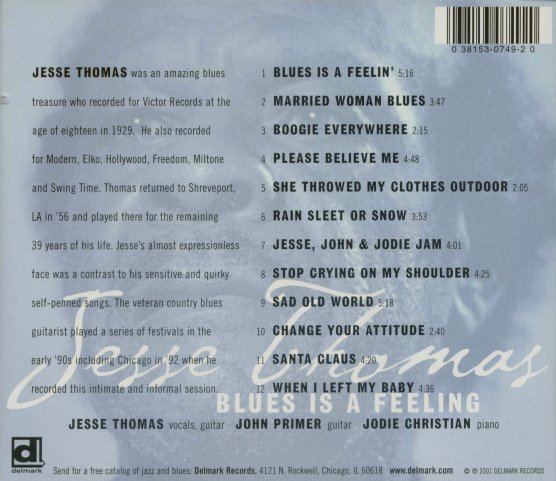 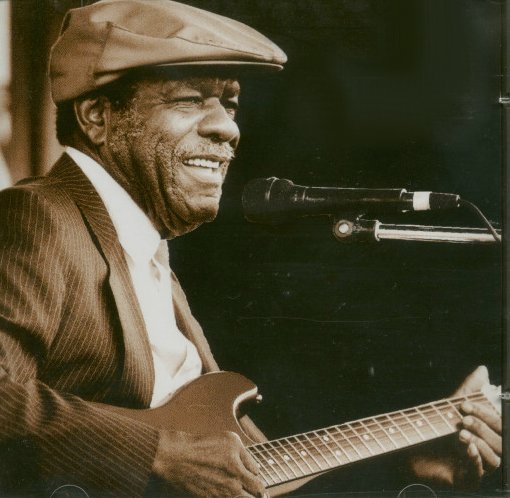