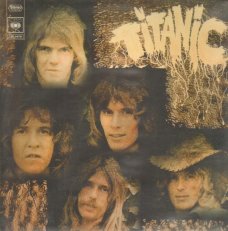 Titanic is a rock band from Norway, which also included a British member in its line-up. It was first active from 1969 to 1979, and also reformed twice.

The group was made up of Kenny Aas, Kjell Asperud, John Lorck, Janne Løseth, Roy Robinson (lead singer) and around the time of their chart success John Williamson. They formed in 1969 (Norway), and released several successful albums and singles before disbanding in 1979.

The main composer was the group founder Janne Loseth, with Roy Robinson supplying the primarily English language based lyrics. In October 1971 Titanic reached Number 5 in the UK Singles Chart, with their instrumental track, “Sultana”. It was performed in the style of the then popular band, Santana. The tune also appeared on their Titanic’s album Sea Wolf.

The band remained most popular in France where they relocated. In 1974 they released ‘Macumba’ CBS 2000 written by R.Robinson & J.Williamson with Helge Groslie on keyboards reaching number one in Spain and ‘Slideing Down Again’CBS 2586,J.Williamson & J. Loseth ‘Buckshee Woman’1975 CBS 3259 J.Williamson, A. Poulton

In the late 1970s, Janne Loseth went solo and first released several singles, including “Take Me Down” (bw. “Nobody’s Man”), and “I Wished I Was a Poet” (bw. “Dancing Girl”), which featured his powerful and operatic vocal, and then became the lead singer for the French electronic band Space, best known for its 1977 album and single Magic Fly. 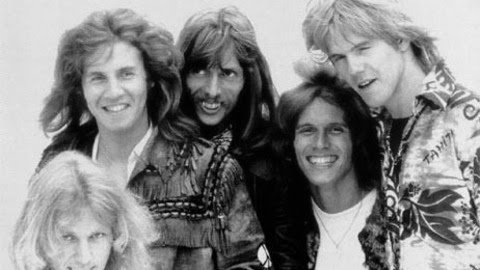 In the late 1990s, after leaving Space, Janne Loseth re-recruited Roy Robinson, and the duo released one album, Lower the Atlantic. This Titanic reunion was short lived.

In 2006, Janne Loseth reformed Titanic with three additional members: Mick Walker, Phil Wilton, and Didier Blum. He later opted to take Roy Robinson back on board and this quintet released the new single that same year, called “I’m the Law”, which is available on DVD.

Their latest reunion album Ashes and Diamonds was released on 20 February 2009 in Europe.

In late 2009, Roy Robinson sustained a stroke, which caused him to leave the band, pending his possible recovery. Janne Loseth assumed the lead vocals. Robinson and Walker were replaced by two new members: Chris Kleiner and Jean-Pierre Sjoberg.They played live gigs until 2013. During their latter days the band was located in Switzerland. In September 2014 it was announced that the band no longer exists. Original singer Roy Robinson died on June 8, 2015.

Compilation albums of the CBS period are plenty but the double album ‘Greatest Hits’ on French CBS (pink cover with yellow band logo) collects most of their non-album tracks along with a selection of their albums. (by wikipedia)

And this is their secong LP:

The sea wolves were the Vikings who once sailed the seas in search of plunder – and such legends certainly provided inspiration for the boys from Oslo.

‘Sea Wolf’ is the opening cut and is followed by a further nine self-written items which show that Titanic was one of the hottest groups of the early 1970s. This album also includes the smash hit ‘Sultana’ (UK No. 5). (by rockasteria.blogspot)

The members of Titanic then decided to switch their base of operations to the south of France, and perhaps it was the change of environment that helped broaden the band’s musical horizons, leading to the incremental classical, jazz, and Latin music influences found on the band’s 1971 sophomore album, Sea Wolf. In fact, its biggest single, “Sultana,” openly referenced Santana and would go on to chart at number five in the U.K. (by Eduardo Rivadavia)

And “Sultana” is a brilliant song in the style of Santana … this song is more than a “smash hit” … it´s a timeless classic song from that period. 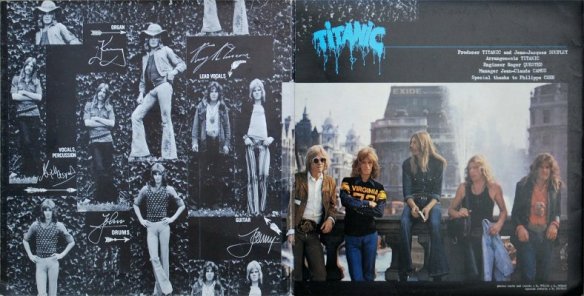 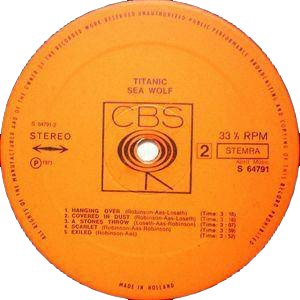