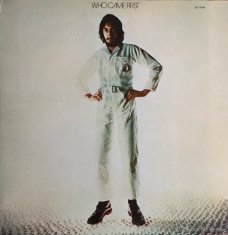 Who Came First is the debut album by Pete Townshend, released in 1972 on Track Records in the UK and Track/Decca in the US. It includes demos from the aborted concept album Lifehouse, part of which became Who’s Next. The original release had a gatefold cover and included a poster with additional photos of Meher Baba from the Louis van Gasteren film Beyond Words. The cover photo of Townshend standing on eggs is a reference to the eternal question “Who came first: the chicken or the egg?” It peaked at number 30 on the UK album chart and at number 69 on the US Billboard 200.

Townshend had already participated with other artists on two previous albums in tribute to his guru Meher Baba, Happy Birthday and I Am.  These albums were privately distributed in very small quantities between 1970 and 1972 in the UK. Soon after Decca asked Townshend for permission to release the recordings, as inferior copies were circulating in the US as bootlegs. Rather than re-issuing the original albums Townshend decided to change the track list substantially and develop the project into his first “official” solo album. Three of Townshend’s demos for Lifehouse were selected, along with two songs each from the earlier tribute albums and two additional songs. 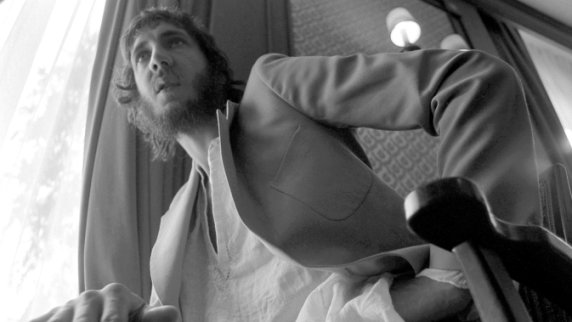 The Lifehouse demos included are: “Pure and Easy,” edited from its original length of 8:35; “Let’s See Action”; and (with minor overdubs added) “Time Is Passing.” Of these, only “Let’s See Action” had seen prior release, as a single by the Who in 1971. The Who’s versions of the remaining two Lifehouse songs were eventually released on Odds & Sods and on reissued versions of Who’s Next. All of Townshend’s Lifehouse demos were eventually released on Lifehouse Chronicles in 2000.

From the tribute album Happy Birthday came Townshend’s “Content” and Ronnie Lane’s “Evolution.” The latter is a reworking of the track “Stone” which had appeared on The Faces’ debut album First Step in 1970; the Happy Birthday version was over six minutes long and was edited to 3:36. From the follow-up tribute album I Am, Billy Nicholls’ “Forever’s No Time at All” and Townshend’s “Parvardigar” were selected; the latter’s lyrics are adapted from Meher Baba’s “Universal Prayer.” The track list was rounded out with Townshend’s composition “Sheraton Gibson” and his cover of “Heartache,” a.k.a. “There’s a Heartache Following Me,” which had been a UK number 6 hit in 1964 by the American country singer Jim Reeves and a favorite of Meher Baba, according to Townshend’s notes on the album’s back cover.

The songs were recorded at Townshend’s home studio, which was among the most advanced home studios in England at the time. Townshend does not appear on the Nicholls track, but does play guitar on the Lane track; he plays all other instruments on the remainder of the album.

One dollar from each sale of the 1972 album went to charities.

Original UK copies were on Track Records, reissued by Polydor Records after Track ceased operations in 1978. The first US issue appeared on the silver Track/Decca label. In 1973 it was reissued in the US on the MCA Records black with rainbow label, but without the gatefold cover or the poster.

The first compact disc release by Rykodisc appeared in 1992 with six bonus tracks taken from the privately distributed albums, also issued in a limited edition deluxe version with extra artwork. A remastered edition appeared in 2006 on Hip-O Records, the legacy division of the Universal Music Group, with nine bonus tracks, the first six being the ones from the Rykodisc reissue. The nine bonus songs on the Hip-O reissue comprise the remaining Townshend performances from Happy Birthday and the 1976 record, With Love, along with the track “I Always Say” recorded between 1968 and 1970.

Reviewing in Christgau’s Record Guide: Rock Albums of the Seventies (1981), Robert Christgau wrote: “Townshend sounds as relaxed in this rather folkish Meher Baba tribute cum ‘gynormouse ego trip’ as Paul McCartney in his do-it-yourself studio, and a lot less self-absorbed—other musical gurumongers sound ‘Content’ (title of worst song here), but Pete seems happy, too. So much so that some of this music is a little lightweight—expressing the kind of undiscriminating joy in the everyday one might expect from somebody who considers ‘You always were, you always are, and you always will be’ both a profound sentiment and a snappy way to finish off a concept album. But I’m encouraged that Ronnie Lane (singer-songwriter on ‘Evolution’) offers a drink (alcohol, get it?) to the Master and his Truth. And in the end the homely sweetness and frailty of his music prevails.” (wikipedia) 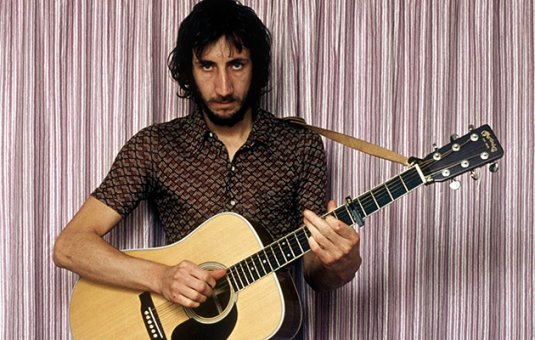 Pete Townshend’s first solo album was a homespun, charming forum for low-key, personal songs that weren’t deemed suitable for the Who, as well as spiritual paeans (direct and indirect) to his spiritual guru, Meher Baba. Who fans will be immediately attracted by the presence of a couple of songs from the aborted Who concept album Lifehouse (much of which ended up on Who’s Next), “Pure & Easy” and “Let’s See Action.” The Who did eventually release their own versions of both those songs. But Townshend’s own versions aren’t the highlights of this record, which shows a folkier and gentler side to the Who’s chief muse than his albums with the group. “Sheraton Gibson” is a neat tune about rock & roll road life, and “Time Is Passing” takes very subtle inspiration from Baba. Most of the rest of the album contains some of the most unusual pieces Townshend has released: his acoustic cover of Jim Reeves’ “There’s a Heartache Following Me” (recorded because it was one of Baba’s favorite tunes), “Evolution” (which is actually pretty much a solo track by his buddy Ronnie Lane of the Faces), “Parvardigar” (adapted from Baba’s Universal Prayer), and “Content” (a philosophical poem by Maud Kennedy that Townshend put to music). The 1993 reissue of this LP for compact disc fleshes out the program considerably with six previously unreleased tracks, including Townshend’s demo of the Who single “The Seeker.” The other bonus cuts are by no means filler; meditative and melancholy originals, they’re just as strong as the tracks on the original release. (by Richie Unterberger) 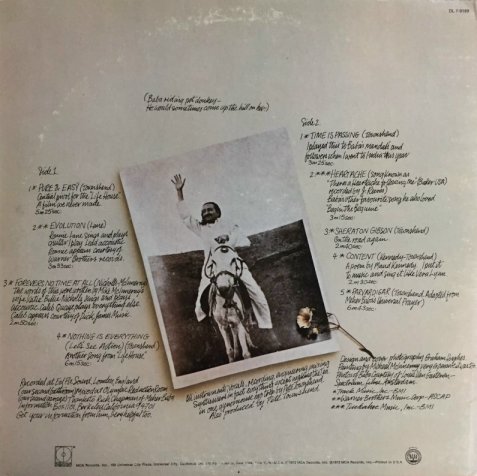 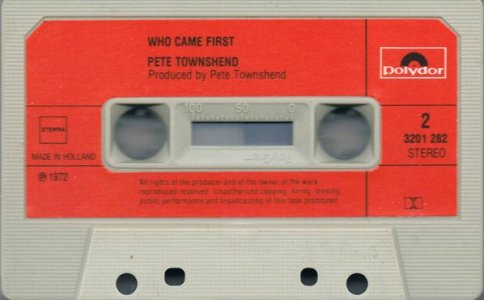 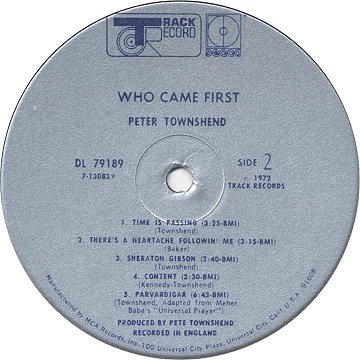 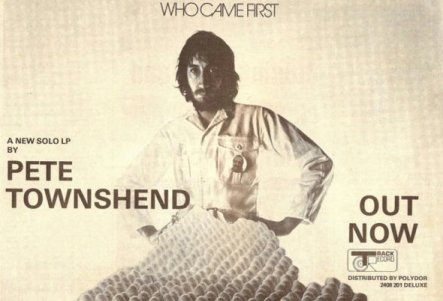