Sonya Varoujian has been involved in music from a very early age. Sonya plays guitar,oud, keyboard, sings, and composes her own music and lyrics in both Armenian and English. Her music is an expression of the soul – a celebration of life, love, and homeland. She believes music is a gateway that allows people to share and experience truth and emotions that are normally left untapped.

During her formative years Sonya achieved numerous awards and recognition for her singing such as being selected in the New York All-State Choir. She has performed in Select Ensembles as well as in Armenian choirs under the direction of Jean Almouhian, the maestro of the Arax Argentinian Armenian Choir.

At an early age Sonya was inspired by folk vocalists such as Joan Baez and as a result learned to play the guitar at the age of 15. She recorded her first album entitled “All in All” which is a compilation of original songs with guitar and keyboard in London in 1991. Sonya expresses her love for life, nature, and human relationship in her music. Her songs are courageous, honest, and earthy. She formed her first band “Raindance” in London 1993 where she increased her repertoire and worked with musicians from Portugal and Thailand. 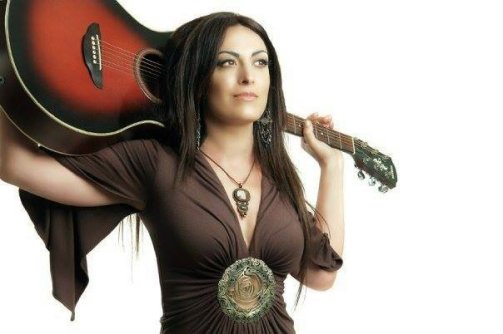 In 1998 Sonya recorded her 2nd CD entitled “Seven” at Vapor Studios in NYC. At this time she worked with 5 other musicians Oshin Baroyan (producer and keyboardist), Steve Brien (Drums), Hallgrim Bratberg (Lead guitar), Rob Zion (Bass Guitar), and Jessica Hope (Backing Vocals). She regularly performed in the New York City circuit in such venues as CB’s Gallery, Mercury Lounge, The Bottom Line, and The Elbow Room. At this time she developed a good following and fan base and was also invited to play the Armenian American Music Festival in Long Island where for the first time she experimented with fusing her English band with authentic Middle Eastern instruments and collaborated with Michael Gostanian (Qanun), Haik Buchakjian (Oud), and Nshan Akgulian (Dumbek). She was also invited to participate in the PBS documentary the Armenian Americans along with celebrities such as Andre Agasse and Eric Boghosian.

Following her success with “Seven” Sonya then recorded her third album entitled “Confession” in 2000 and continued to play venues in NYC and received many positive reviews and write ups in publications such as New York Newsday, Good Times Magazine, Stubble, Instant Magazine, Spill Magazine and the Armenian Reporter. Her songs also aired on radio stations such as WDRE 92.7 and WHRU 88.7.

The result spectacularly brings together her European roots and Armenian descent as Celtic-like haunting melodies together with the Armenian spirit merge into something truly beautiful. Her songs are about life, love, the village in which she volunteered in in Armenia in 2005, Armenia, and her return to her ancestral homeland. Sonya has since performed at the Golden Guitar Music Festival in July 2006 in Yerevan and has also given 3 solo concerts in Yerevan (1 in July 2006 and 2 in October 2006) in which she has performed both her Armenian and English songs. Her concerts have all sold out and as a result she has been invited to numerous television interviews and programs and has had further reviews in journals like “Afisha”, Armenia Now, and Yerevan Weekly. Her music also gets regular airplay on Armenian radio stations worldwide. (by armeniapedia.org) 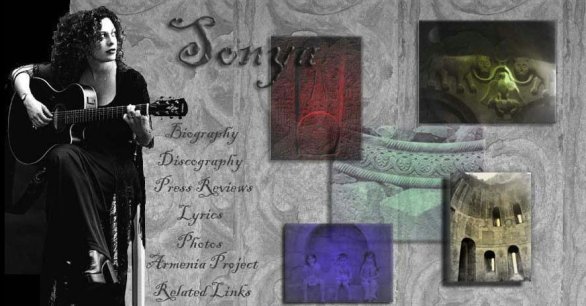 And this is her scond album:

“Lead singer Sonya Varoujian has an elegant voice that does a great job of projecting her songs. Her mellow yet powerful tone would leave most listeners extremely impressed.” (Good Times)

“Sonya is a born entertainer who captures her audience with her catchy melodies, meaningful lyrics and incredibly passionate performance.” (Manhasset Press)

“Sometimes the letter grades above these reviews aren’t enough. For Seven, there should be a fourth category: atmosphere. It would get an A+…Seven creates a lush sound over which Sonya Varoujian’s voice soars. It is like aural aromatherapy.” (New York Newsday)

“Seven is Sonya Varoujian and her evident talents are a promising treat for this constantly changing music business. This girl is strong and independent and there is always room for someone who clearly sings from the heart.” (Instant Magazine)

June 1999 –  “Sonya is a promising and talented artist and it wouldn’t surprise me in the least to find her making a fine career out of doing what she loves.” (Spill Magazine)

And yes, this is a very special, a very unique album. a very intimae album … a lost treasure in the history of folk music.

Sonya Varoujian … where are you now ?