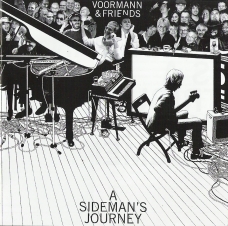 A Sideman’s Journey is the first solo album by German musician and artist Klaus Voormann, released in July 2009. Voormann is best known as the creator of the cover art for The Beatles’ album Revolver as well as for being a much-in-demand session musician during the 1970s. He played bass on a large number of well-known albums by ex-Beatles John Lennon, George Harrison and Ringo Starr − including All Things Must Pass, Imagine and The Concert for Bangladesh − and by artists such as Harry Nilsson, Doris Troy, Lou Reed, Gary Wright, Carly Simon and Randy Newman. Before then, Voormann had been a member of the 1960s pop group Manfred Mann. A Sideman’s Journey is notable for including performances by Paul McCartney, Ringo Starr and Yusuf Islam (Cat Stevens), among others.
The album features cameos by musicians Voormann had worked with in the past, as well as remakes of songs that he contributed to back in the late ’60s and the ’70s. Three songs by his late friend George Harrison are included, as is a track Voormann co-wrote with soul singer Doris Troy for the latter’s 1970 album on The Beatles’ Apple label. Paul McCartney sings and plays piano on the opening track, “I’m in Love Again”. Yusuf Islam (formerly known as Cat Stevens) sings and plays guitar on “All Things Must Pass”. Bonnie Bramlett provides vocals on “My Sweet Lord” and “So Far”. 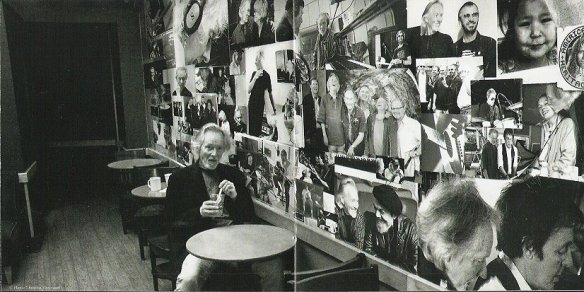 Ringo Starr plays drums on many of the tracks, but he declined an offer to sing his trademark song, “You’re Sixteen”; Voormann instead selected a younger singer (Max Buskohl) to do the vocals, and to ensure that A Sideman’s Journey would include musicians from all age groups. Most of Voormann’s old band Manfred Mann now performing as The Manfreds, re-recorded their 1968 hit single “The Mighty Quinn”. (by wikipedia)

“A Sideman’s Journey” is a nice record. I guess it was about time for Klaus to put together an album. It is certainly enjoyable as a straight ahead pop fest with some good players doing some good songs. It doesn’t break any new ground, and I’m sure it wasn’t meant to. It reflects Klaus’s journeyman work accompanying so many people. He plays bass on most of the songs, and the album includes one song he wrote with Doris Troy (“So Far” sung by Bonnie Bramlett, although Klaus doesn’t play on it for some reason).

There are 11 songs. Bonnie Bramlett, Yusef Islam, and Don Preston have two each. I would have limited them to one, and got other folks for three other numbers. The cover art is great, as you would expect from Klaus. I get the feeling this was a project Klaus (or someone close to him) wanted him to do now that he is in his 70s — a bit of a vanity project, not that there is anything wrong with that. I don’t expect him to rush right out and record volume 2. Highlights: Dr. John and the Manfreds. (by Dr. Mike)

What a wonderful old-fashioned album with a fascinating line-up … from Bonnie Bramlett to Joe Walsh and not to forget the wonderful Dr. John ! 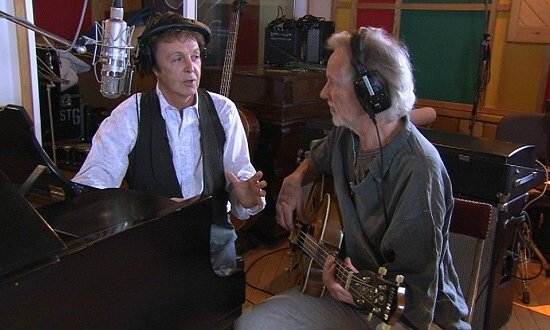 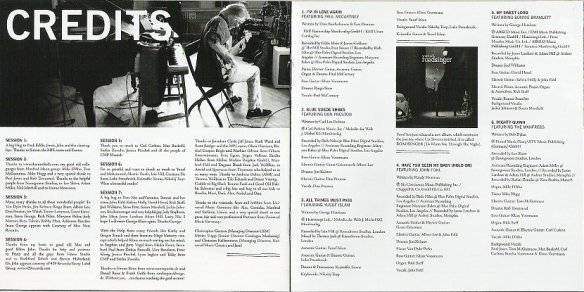 And here´s  a documentary film about Klauss Voormann (in German)