Ann Vriend is a Canadian singer-songwriter and pianist based in Edmonton, Alberta.

Vriend has played festivals and venues around the world.

Vriend released a popular demo in 2000 which received immediate radio play on stations across western Canada and earned her a spot at the Edmonton Folk Music Festival. A year later she won a songwriting contest which took her to Nashville, Tennessee and helped fund her debut album, Soul Unravelling (2003), which was well received by critics and sold well for an independent release. The album is now in its fifth pressing.

Vriend’s second album, Modes of Transport, was released two years later. “Feelin’ Fine”, the album’s first single, was put on heavy rotation by a local adult contemporary/jazz radio station. A third album, When We Were Spies, was released on March 11, 2008. Produced by Juno-nominated Douglas Romanow, it contains fuller production, drawing on modern pop sounds. A single, “St. Paul”, received heavy rotation in her hometown of Edmonton and hit the Top 30 on radio stations in Toronto and Cologne (Germany). Vriend’s first music video, for “(If We Are Not) Spies”, was released in mid-2008. 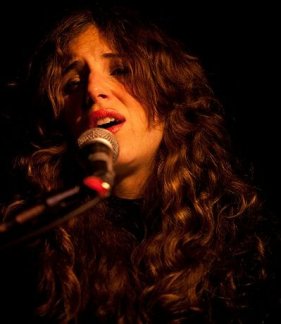 Love & Other Messes, Vriend’s first studio album in almost three years, was released in early 2011. The album features a seven piece band, including vocalists Coco Love Alcorn and Chloe Albert, and includes a duet with Matt Epp. The recording, produced by Vriend herself, was influenced by Nashville, Muscle Shoals, classic R&B and Motown sounds. Vriend released a video for “Graffiti on my Heart”. Love & Other Messes was number 1 on the CKUA album charts for two weeks and received a 3.5 star review in the Toronto Star.

In 2011, Vriend provided vocals for a topical single called “William and Kate”.

Vriend has toured Canada, Australia and Europe extensively, both solo and backed by a band. Live recordings from 2008 and 2009 shows, along with new songs recorded live “off-the-floor”, were released in late 2009 as Closer Encounters. She released videos for “A Dollar and a Suitcase” and “On Your Street”, the two new songs on the album, in 2010.

Vriend is also the curator and host of the Bluebird North performance series in Edmonton. She also performs with the popular 1980s cover band Valiant Thieves.

In August 2010, Vriend appeared on the Australian music and comedy show Spicks and Specks. She has also been featured on a regional news program in the Netherlands and has performed on network television in Canada and Australia.

Vriend’s literary writing style reveals the influence of 1970s singer-songwriters such as Paul Simon, Leonard Cohen, and Cat Stevens. Her distinctive voice has been compared to the clear and vulnerable Nashville sound of Dolly Parton, the playfulness of Cyndi Lauper, and the raw power of Aretha Franklin and Etta James. (by wikipedia)

“Soul Unravelling” is the debut CD from Ann Vriend. A prolific writer and tremendous music fan, Ann has been putting words to music since her childhood days spent noodling on the piano in her parents’ basement. “The Weather”, “The Only Living Girl in New York”, and the local hit, “Waterfront” will likely be popular requests for the rest of her life.

Meticulous and thought provoking, infectious and imaginative, Ann Vriend is serious about the craft of writing pop music. She approaches it with the flair of an artist and the love of a fan. Aretha Franklin, Paul Simon, Leonard Cohen, and Nikka Costa are a few of the major influences on this songwriter whose work seems much older than she.

Here is a test for you all. Play an Ann Vriend song for some friends. Note how often a new listener will start to sing along before the song is over. There is a timelessness to Ann’s music that creates a familiarity. In a short time it seems as though you have known these songs for years.

Some remarkable mile stones have already been marked for an artist with such a fresh career: performances at prestigious venues such as the Edmonton Folk Music Festival, New York City’s Bitter End, Fez and Arlene Grocery, demos recorded at Sony NY, command performances for major labels, and a first place winner of a songwriting contest, which took Ann to Nashville. (Chris Martin)

All songs written by Ann Vriend 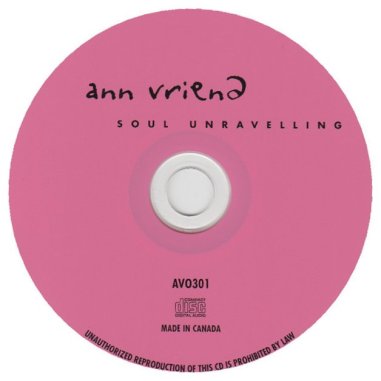