Joseph Fidler Walsh (born November 20, 1947)[2] is an American rock guitarist, singer, and songwriter. In a career spanning more than 50 years, he has been a member of five successful rock bands: James Gang, Barnstorm, Eagles, the Party Boys, and Ringo Starr & His All-Starr Band. Walsh was also part of the New Zealand band Herbs. In the 1990s, he was a member of the short-lived supergroup The Best.

Walsh has also experienced success both as a solo artist and as a prolific session musician, being featured on a wide array of other artists’ recordings. In 2011, Rolling Stone placed him at the No. 54 spot on its list of “100 Greatest Guitarists of All Time”.

In the mid-1960s, after attending Kent State University, Walsh played with several local Ohio-based bands before reaching a national audience as a member of the James Gang, whose hit song “Funk #49” highlighted his skill as both a guitarist and singer. Roger Abramson, a concert producer and artist manager, signed the James Gang to a management agreement with BPI in Cleveland. After leaving the James Gang in 1972, he formed Barnstorm with Joe Vitale, a college friend from Ohio, and Kenny Passarelli, a bassist from Colorado, where Walsh had moved after leaving Ohio. While the band stayed together for three albums over three years, its works were marketed as Walsh solo projects. The last Barnstorm album, 1974’s So What contained significant guest contributions from several members of the Eagles, a group that had recently hired Walsh’s producer, Bill Szymczyk.

At Szymczyk’s suggestion, Walsh joined the Eagles in 1975 as the band’s guitarist and keyboardist following the departure of their founding member Bernie Leadon, with Hotel California being his first album with the band. In 1998 a reader’s poll conducted by Guitarist magazine selected the guitar solos on the track “Hotel California” by Walsh and Don Felder[5] as the best guitar solos of all time. Guitar World magazine listed it at eighth of the Top 100 Guitar Solos.

Besides his work with his several bands, he has released twelve solo studio albums, six compilation albums and two live albums. His solo hits include “Rocky Mountain Way”, “Life’s Been Good”, “All Night Long”, “A Life of Illusion” and “Ordinary Average Guy”.

As a member of the Eagles, Walsh was inducted into the Rock and Roll Hall of Fame in 1998, and into the Vocal Group Hall of Fame in 2001. The Eagles are considered to be one of the most influential bands of the 1970s, and they remain one of the best-selling American bands in the history of popular music. His creative contribution to music has received praise from many of the best rock guitarists, including Led Zeppelin’s Jimmy Page, who said, “He has a tremendous feel for the instrument. I’ve loved his style since 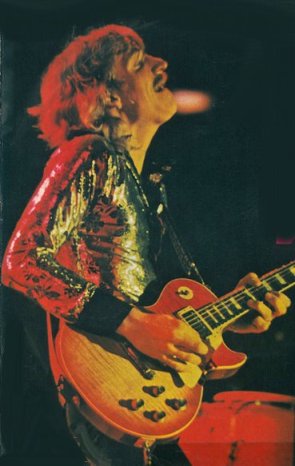 the early James Gang.” Eric Clapton said that “He’s one of the best guitarists to surface in some time. I don’t listen to many records, but I listen to his.”[8] The Who’s guitarist, Pete Townshend, said “Joe Walsh is a fluid and intelligent player. There’re not many like that around.”

So What is the third studio album by the American singer-songwriter and multi-instrumentalist Joe Walsh. It was released in late 1974 on ABC-Dunhill Records.

It contains hard rock songs such as “Welcome To The Club” and a remake of the Barnstorm track, “Turn To Stone”. It also contains more introspective material such as “Help Me Through the Night” and “Song For Emma”.

On a few tracks, Don Henley, Glenn Frey, and Randy Meisner of Eagles contributed backing vocals. Over a year and a half later, Walsh would be drafted into Eagles to replace founding member Bernie Leadon, playing on their best-selling studio album Hotel California.

Two months before the release of the album, Walsh was asked about the album, and he said “I know this album’s going to be an important one for me, but it’s not easy to just crank them out anymore, I’ve got, what, six or seven albums out. I don’t want the next album to sound like a bunch of outtakes from Smoker. I want it to be the difference between Revolver and Sgt. Pepper. I’ve held back [the album’s release] until that development was there, even though the record company’s been screaming for it. I want it to be a big, big step… in thoughts, vocals, playing and maturity.”

Don Henley wrote the lyrics for “Falling Down” with Henley providing backing vocals on “Falling Down” and “Time Out”. The album features three of the four members of Eagles; Don Henley, Glenn Frey and Randy Meisner providing backing vocals for “Turn to Stone” and “Help Me Through The Night”. This would be the first time that the band members would appear on an album with the future Eagle.

“Song for Emma” was written as a memorial for Walsh’s almost-three-year-old daughter who had been killed in a car crash on April 1, 1974, four weeks shy of her third birthday. The accident was caused by a drunk driver who hit the Porsche driven by his girlfriend with Emma in the car. Later, Stevie Nicks wrote “Has Anyone Ever Written Anything For You” for Walsh after visiting Emma’s grave with him.

Producer Bill Szymczyk had the following written on the run out groove of the vinyl “THAT’S NO BANANY, THATS MY NOZE” on the first pressings of the vinyl. (by wikipedia)

Joe Walsh’s catalog by this point was two albums strong and of a consistently high quality. Despite a change of lineup for So What — a wide range of musicians is used, including the Eagles’ Don Henley — the sound is very similar to previous releases. A number of classic Walsh tracks are featured, including a more polished version of “Turn to Stone,” originally featured on his debut album, Barnstorm, in a somewhat more riotous style. “Help Me Thru the Night,” Walsh’s mellowest song to date, is helped along by some fine lead and backing vocals from the band. So What sees Walsh in top form as a guitarist. Most of the nine tracks feature solos of unquestionable quality in his usual rock style. The classic rock genre that the man so well defined with his earlier albums is present here throughout, and it is pulled off with the usual unparalleled Joe Walsh ability. (by Ben Davies) 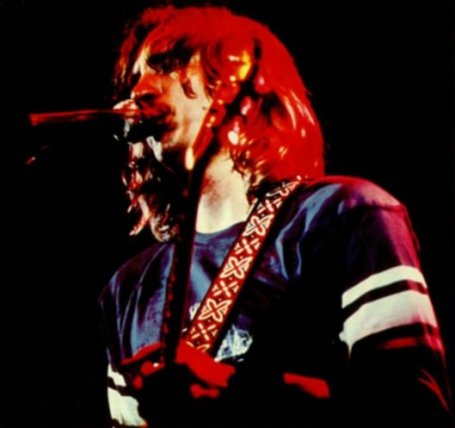 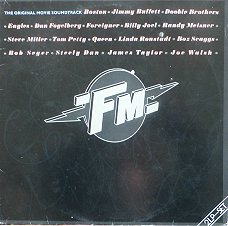 FM is the original AOR soundtrack to the 1978 film FM. In the United States, the album reached the Top Five of Billboard’s album chart and quickly earned a Platinum-certified disc. It reached 37 in the UK charts. The soundtrack also won the 1979 Grammy Award for Best Engineered Album, Non-Classical.

QSKY radio station manager/program director Jeff Dugan (Michael Brandon) builds a large fan base by assembling a group of charismatic DJ personalities playing popular rock and roll. He soon finds that corporate management expects Jeff to use the station’s position atop the ratings to sell more advertising time. (Jeff Dugan is based loosely on Mike Herrington, the program director of Los Angeles radio station KMET while writer Sacks was working there.)

The conflict grows until sales manager Regis Lamar (Tom Tarpey) presents him with the chance to advertise for the U.S. Army using a series of cheesy radio ads. When Jeff refuses to endorse the contract, Regis takes the issue to upper management. Jeff is then ordered to run the ads as provided by the Army and on the schedule specified in the advertising contract. Rather than comply, Jeff quits his job.

All of the remaining DJs decide to take control of the station in a sort of lock-in/sit-in/protest. They get listeners to gather in the street outside the station as a sort of protest while the DJs play music without any commercials.

Jeff Dugan wakes up to hear the DJs take control of the station. The crowd is already present when he arrives at the station. The DJs lift him up to the second story with a fire hose as they have already barricaded the front doors.

The lock-in lasts only until the police get an injunction to remove the staff. A tow truck rips off the front doors and the police enter the building. The DJs battle back using a fire hose and throwing tapes and other office objects at the police.

The battle is resolved when Jeff Dugan finds himself fighting a policeman outside on an overhang. Jeff saves the policeman from falling off and decides that fighting is the wrong thing to do. He calms the crowd and announces that the DJs are coming out.

Unknown to him, the company owner, Carl Billings (Norman Lloyd), has watched from the crowd as the events unfolded. He insists that the DJs stay in the station, fires his management staff responsible for the advertising conflict, and then joins the DJs inside the station.

The story unfolds across a background of concerts, broadcast music, appearances by various rock stars, and public appearances by the station DJs. A minor subtheme to the film is the competition between QSKY and another area radio station. The major event of that subtheme occurs when Jeff arranges to broadcast a live concert by Linda Ronstadt that is being sponsored by the competitor’s radio station.

Another minor subtheme is the ongoing task of massaging egos of the various DJs to keep them happy and on the air.

Martin Mull appears in his feature film debut as a zoned-out record spinner. He plays Eric Swan, a libidinous disc jockey with eyes for everyone female. The character is self-centered, smarmy, quick tempered, and overbearingly insincere. During the course of the film, Swan beds a supposed girlfriend, encounters a female fan with a peculiar physical “gift”, and barricades himself in owing to a severe emotional breakdown due to his agent’s dropping him and his girlfriend’s leaving him, all within the confines of QSKY’s studio.

Also rounding out the cast are Cleavon Little, who plays the Prince of Darkness, QSKY’s overnight host (Little had previously played a disc jockey in the 1971 film, Vanishing Point); Eileen Brennan as ” Mother”, the 40-something nighttime DJ; Alex Karras as “Doc Holiday”, the midday DJ with the lowest ratings on the station who is eventually let go from the station; and Tom Tarpey as new sales manager Regis Lamar, the bane of the disk jockeys’ existence. 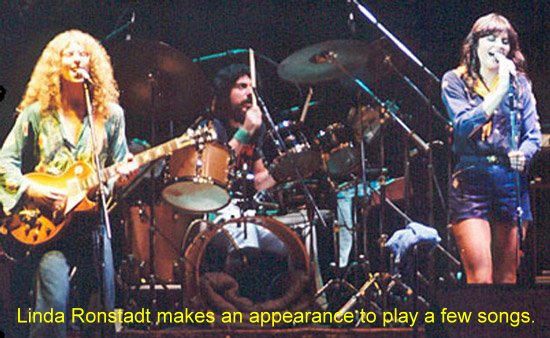 Rolling Stone magazine considered the music heavily biased towards musicians who had been managed by Irving Azoff, who was head of MCA Records at the time. Some reference books claim that the TV sitcom WKRP in Cincinnati was based on FM. The physical resemblance between Michael Brandon and WKRP lead actor Gary Sandy and the fact that their respective characters were both based upon KMET programming director Mikel Hunter may have contributed to this speculation. However, WKRP series creator Hugh Wilson asserts that the sitcom was already in development when the film came out. He also states that he was “scared to death” when the film came out, afraid that it would eclipse the CBS show, which made its debut in September 1978. Wilson was relieved when FM came and went from theaters quickly. (by wikipedia) 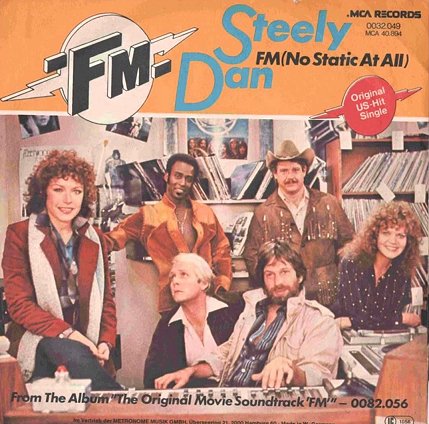 Appropriately, the soundtrack for the 1978 movie FM feels like a radio play list of the era, collecting songs from Joe Walsh, Randy Meisner, Boz Scaggs, and other ’70s radio staples. Steely Dan’s title track, Queen’s “We Will Rock You,” Bob Seger & the Silver Bullet Band’s “Night Moves,” Billy Joel’s “Just The Way You Are,” and Boston’s “More Than a Feeling” are some of the highlights from this double-disc set, which also includes tracks from Tom Petty & the Heartbreakers, Foreigner, and Linda Ronstadt, all of whom also appeared in the film. Though FM itself wasn’t exactly a box-office smash, its soundtrack is a surprisingly durable and entertaining collection of classic rock that is arguably better than many of the ’70s rock compilations available today. (by Heather Phares)

In other words: If you like to celebrate a Seventies party … use this soundtrack and you can´t do wrong !

This is another item from the great greygoose collection !
Thanks a lot !