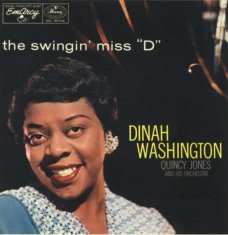 Dinah Washington was accompanied by an orchestra organized and conducted by Quincy Jones on this 1957 album, and she was singing to arrangements mostly written by the young bandleader, swing charts of pop standards by the likes of Cole Porter, George Gershwin, and Duke Ellington. The result had much in common with the swing albums of Frank Sinatra in the same period, especially because Jones’ arrangements were heavily influenced by Billy May and Nelson Riddle. Sinatra’s records were regarded as “pop, ” of course, and Washington’s, at least when released on the EmArcy subsidiary of Mercury Records, as “jazz, ” but her precise articulation and attention to lyrical meaning left little room for improvisation, and while Jones allowed for brief solos from a band that included Charlie Shavers, Clark Terry, Urbie Green, and Milt Hinton, the jazz categorization was actually arbitrary. Whatever musical genre you assign it to, however, this is an excellent Washington album. (For the 1998 reissue, Verve added seven bonus tracks recorded around the same time and with much the same personnel, though they were intended as singles and thus are inferior contemporary tunes. Often, however, Washington sounds more comfortable and enthusiastic on these pop and R&B songs than she does on the standards.) (by William Ruhlmann) 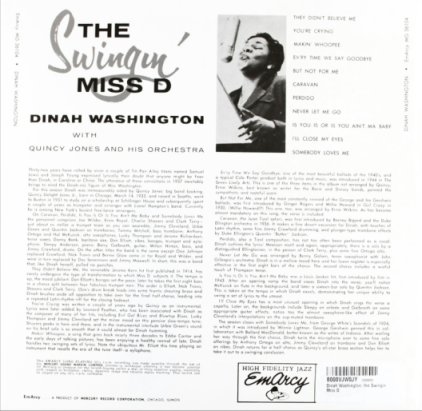 Although this Christmas compilation is credited to “Louis Armstrong & Friends,” it’s really more aptly categorized as a various artists anthology, since Armstrong only has six of the fourteen tracks. The disc is filled out with seasonal offerings by Dinah Washington, Mel Torme, Louis Jordan, Lionel Hampton, Peggy Lee, Eartha Kitt, and Lena Horne, Duke Ellington, mostly from the 1950s. It’s pleasant pop-jazz that doesn’t rate among the highlights of any of these talented artists’ careers. But it makes for an above-average Christmas disc, especially on Lionel Hampton’s “Merry Christmas, Baby,” Louis Armstrong’s “Cool Yule,” and Louis Jordan’s “May Everyday Be Christmas,” which celebrate the holiday with more gutsy hipness than the usual Yuletide fare. (by Richie Unterberger) 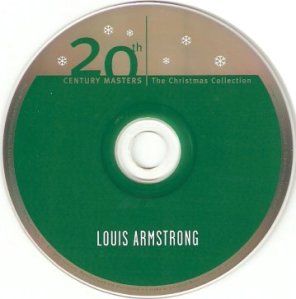