Music Minus One, founded in 1950 by Irv Kratka, was a New York-based company that produces, for educational purposes, sheet music that comes with records/CDs/downloads of recordings without the soloist’s part (e.g. a piano concerto without piano) to play along with. There is sometimes also a second version at a reduced tempo or with the solo part included. Many of the recordings utilized well-known and acclaimed musicians for the accompaniments.

Music Minus One was founded in 1950 and their sing-along and play-along records quickly became an industry standard. For the first time, even hobbyist players could solo with a professional orchestra thanks to the high-quality recordings that accompanied each book. Over the years the library has grown to nearly 900 titles. The Music Minus One recordings feature world-class musicians and orchestras from the United States, Vienna, and elsewhere in Europe. Most recordings allow the player to listen to the full recording featuring a soloist, then pan the recording to remove the soloist so they could step in and play the lead. (musicdispatch.com) 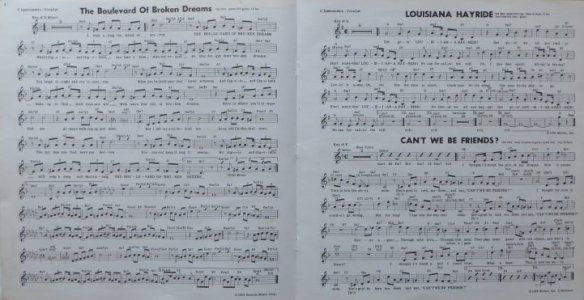 And here´s a pretty good jazz album by Music Minus One featuring Joe Wilder:

Joseph Benjamin Wilder (February 22, 1922 – May 9, 2014) was an American jazz trumpeter, bandleader, and composer. His Grandchildren are Bleu Roberson, Lilly Townsend and Grey’cia Roberson(Last named after his middle name)

Wilder was awarded the Temple University Jazz Master’s Hall of Fame Award in 2006. The National Endowment for the Arts honored him with its highest honor in jazz, the NEA Jazz Masters Award for 2008.

Wilder was born into a musical family led by his father Curtis, a bassist and bandleader in Philadelphia. Wilder’s first performances took place on the radio program “Parisian Tailor’s Colored Kiddies of the Air”. He and the other young musicians were backed up by such illustrious bands as Duke Ellington’s and Louis Armstrong’s that were also then playing at the Lincoln Theater. Wilder studied at the Mastbaum School of Music in Philadelphia, but turned to jazz when he felt that there was little future for an African-American classical musician. At the age of 19, Wilder joined his first touring big band, Les Hite’s band.

Wilder was one of the first thousand African Americans to serve in the Marines during World War II. He worked first in Special Weapons and eventually became Assistant Bandmaster at the headquarters’ band. Following the war during the 1940s and early 1950s, he played in the orchestras of Jimmie Lunceford, Herbie Fields, Sam Donahue, Lucky Millinder, Noble Sissle, Dizzy Gillespie, and finally with the Count Basie Orchestra. From 1957 to 1974, Wilder did studio work for ABC-TV, New York City, and in the pit orchestras for Broadway musicals, while building his reputation as a soloist with his albums for Savoy (1956) and Columbia (1959). His Jazz from Peter Gunn (1959), features ten songs from Henry Mancini (“Peter Gunn”) television score in melodic and swinging fashion with a quartet. He was also a regular sideman with such musicians as NEA Jazz Masters Hank Jones, Gil Evans, and Benny Goodman. He became a favorite with vocalists and played for Billie Holiday, Lena Horne, Johnny Mathis, Harry Belafonte, Eileen Farrell, Tony Bennett, and many others. Wilder earned a bachelor of music degree in 1953, studying classical trumpet at the Manhattan School of Music with Joseph Alessi, where he was also principal trumpet with the school’s symphony orchestra under conductor Jonel Perlea. In the 1960s, he performed on several occasions with the New York Philharmonic under Andre Kostelanetz and Pierre Boulez and played lead for the Symphony Of The New World from 1965 to 1971. 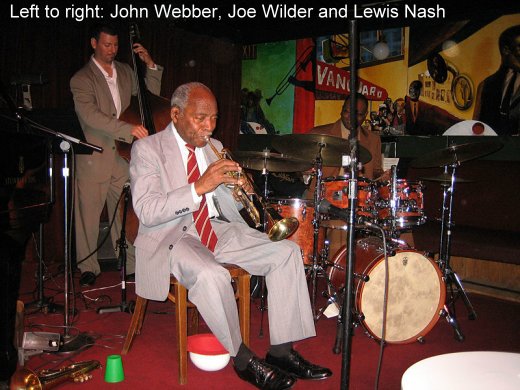 Another fine musician on this album is Hank Jones.

American jazz pianist, bandleader and composer, born 31 July 1918 in Vicksburg, Mississippi, USA and died 16 May 2010 in Manhattan, New York, USA. He recorded over sixty albums under his own name, and countless others as a sideman. He was part of an in-demand rhythm section in New York City for years which was hired for hundreds (if not thousands) of diverse gigs, which included Milt Hinton, Barry Galbraith and Osie Johnson.

He received the NEA Jazz Masters Award and was also honored with the ASCAP Jazz Living Legend Award and the National Medal of Arts.
His brothers were trumpeter Thad Jones and drummer Elvin Jones. (by wikipedia)

Listen and enjoy this rare album and you can play along, if you can and want ! 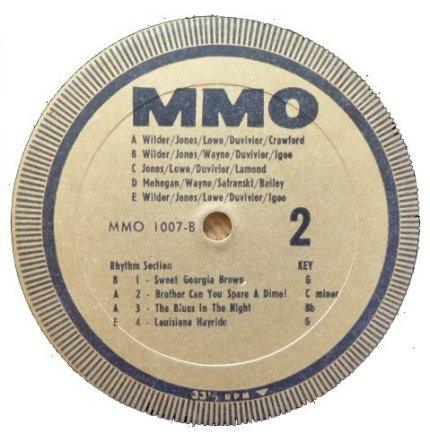