Live and Acoustic is the first live CD release from Ray Wilson. It was originally released as Unplugged in late 2001 via his website, but was reissued in 2002 as Live and Acoustic by InsideOut Music. It was recorded in August 2001 during the Edinburgh Fringe Festival for which Ray played 13 sold out shows.

This was technically the first release by Ray under his own name following the release of Millionairhead in 1999 by his band _Cut. (by wikipedia)
Despite the near impossible task of following up a charismatic, ultra-successful front man like Phil Collins, Ray Wilson never attempted to sound like his predecessors in Genesis. Much to his credit, his voice stood on its own, and while his deep, refined yet raspy vocal quality may have been compared by some to that of Peter Gabriel, Ray was clearly a talented singer in his own right. Perhaps more than on any other album, Unplugged exemplifies this. Wilson’s vocals take center stage on this stripped down, intimately simplistic recording from Edinburgh International Festival in 2001. Backed only by his own guitar, his brother Steve on backing vocals and guitar and Amanda Lyon on backing vocals and, occasionally, keyboards, Wilson provides both a passionate homage to past influences and a thoughtful nod to his own history not only in Genesis, but his own work with Cut, Stiltskin and Guaranteed Pure.

Ray and company pull off a full repertoire of fantastic acoustic versions of some great material. Even songs that you wouldn’t think would lend themselves to an acoustic environment, like Genesis’ “Mama,” come off surprisingly well. Among the cover tunes, I thought that Ray’s version of Phil Collins’ “In The Air Tonight” and The Eagles’ “Desperado” were among the highlights. More than anywhere else, Ray showcases his ability to balance soulful vocals with a powerful rock presence that can make even the most skeptical listener a fan. Unlike many live albums, Ray’s comments, flubs, and banter are left seemingly intact, which is a refreshing change from the over-produced, overdubbed stuff that most artists release that barely sounds like a live recording. There are a few scattered moments that didn’t work very well in my opinion, but the overall performance is outstanding, and I enjoyed the disc from beginning to end. (by worldofgenesis.com) 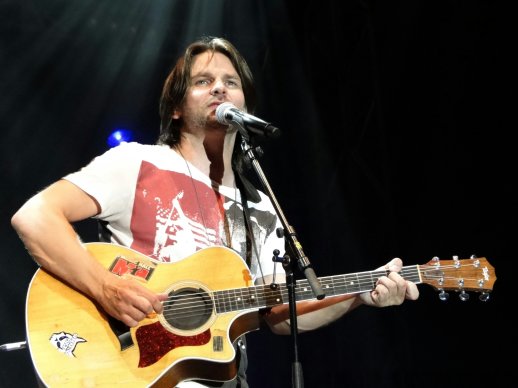 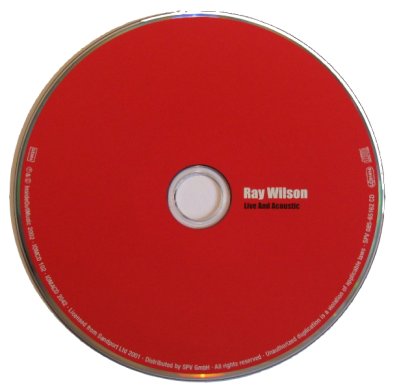