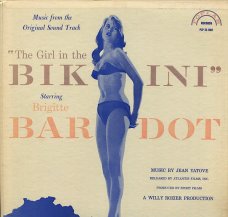 Manina, la fille sans voiles, released in the US as Manina, the Girl in the Bikini, and in the UK as Manina, the Lighthouse Keeper’s Daughter, is a 1952 French film directed by Willy Rozier and starring Brigitte Bardot, Jean-François Calvé and Howard Vernon. The film is one of Bardot’s first film roles, at the age of 17, and was controversial for the scanty bikinis worn by the young Bardot in the film, one of the first occasions when a bikini had appeared in film and when the bikini was still widely considered immodest.

The film was shot in Cannes, Nice and Paris in the summer of 1952. Brigitte Bardot’s father had signed a contract, on behalf of his minor daughter, specifying that the film was not to show indecent images. When in the course of filming, a series of “highly suggestive” photographs of his daughter was released, he accused the producing company of not respecting the contract and demanded that the film not be projected without the permission of a court. He lost the suit.

A 25-year-old Parisian student, Gérard Morere (Calvé), hears a lecture about a treasure Troilus lost at sea after the Peloponnesian War, and thinks he knows where it is, thanks to a discovery he made five years earlier when diving near the island of Levezzi, in Corsica. He gets friends and an innkeeper to invest in his dream, enough to get him to Tangiers where he convinces a cigarette smuggler, Eric (Vernon), to take him to the island.

There they find 18-year-old Manina (Bardot), the light-keeper’s daughter, who is beautiful and pure. Eric thinks Gérard may have conned him, but Gérard’s belief in the treasure compels patience. Gérard dives by day and romances Manina at night. Gérard finds the treasure, though Eric runs away with it and is wrecked in a storm. (by wikipdia) 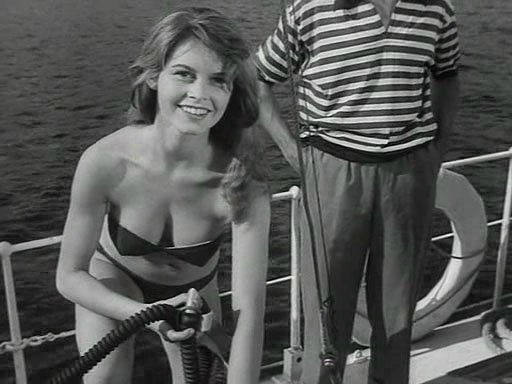 And here´s the nice soundtrack, written by Jean Yatove, including some exotic sounds.

Jean Yatove was a french composer and orchestra leader, born 7 May 1903 in Fondettes, France, died 28 June 1978 in Boulogne-Billancourt, France.

Enjoy this sentimental trip in the past ! 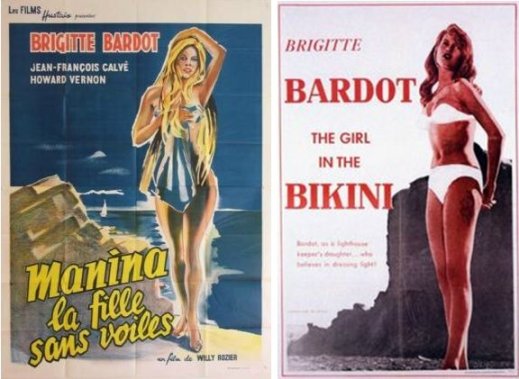