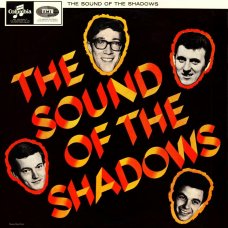 The Sound of The Shadows is the fourth rock album by British instrumental (and sometimes vocal) group The Shadows, released in July 1965 through EMI Records. The album was re-released by Capitol Records of Canada in stereo (as opposed to the original mono) on 4 October 1965.

The photograph for the alternative cover was taken outside EMI House in London in 1964, by staff photographer Tony Leigh. It was originally used as the inside cover of the Cliff Richard album Aladdin and His Wonderful Lamp. (ny wikpedia)

The Shadows’ fourth album (not counting hits collections) follows on from Dance with the Shadows. The common perception among Americans watching from afar and British historians who just don’t know is that the Shadows were operating in a vacuum during the 1960s, oblivious to the pop music universe swirling around them, but their mid-’60s albums tell a different story — the band tries hard to be a mainstream rock & roll outfit without betraying their roots as a virtuoso instrumental ensemble. “A Little Bitty Tear,” “Let It Be Me,” and “Five Hundred Miles” are attempts at successful vocal numbers, and not bad — they harmonize beautifully on the latter two. All of these do rather get lost in the shuffle, amid slow instrumental ballads like “Blue Sky, Blue Sea, Blue Me” (which features the band supported by the Norrie Paramor Strings) and harder dance numbers like “Bossa Roo” and “Breakthru’,” but the vocal efforts are valid. 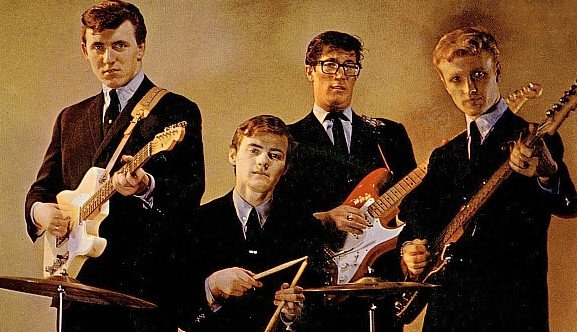 The latter track is a great showcase for John Rostill’s bass and Marvin’s lead picking and Welch’s melodic rhythm guitar. Surprisingly, drummer Brian Bennett isn’t quite as visible on this record, as either a songwriter or on his instrument, as he was on their other albums of this era — in his place, John Rostill shares songwriting with both Marvin and Welch on four numbers featured on this album. Some of the outside songwriting is a bit lacking in imagination, most notably Jerry Lordan’s “Santa Ana,” which often seems one note away from turning into “La Bamba.” By contrast, “Dean’s Theme” by Hank Marvin and John Rostill is a bluesy little venture that’s a bit different for the quartet, although the best (and hardest rocking) number on the album is an outside composition, a driving instrumental called “Breakthru’.” (by Bruce Eder) 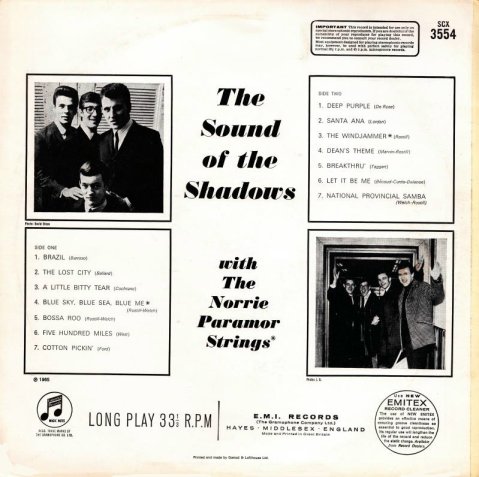 “Blue Sky, Blue Sea, Blue Me” and “The Windjammer” 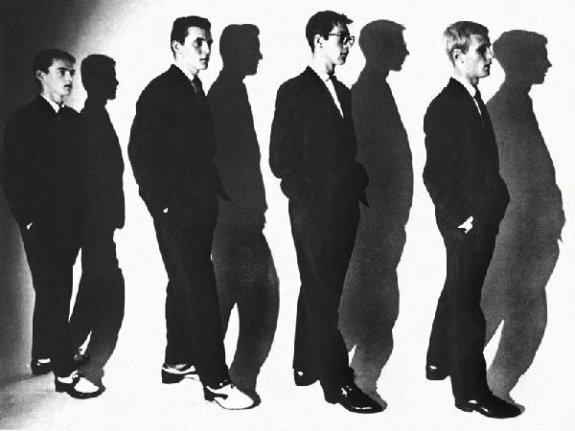 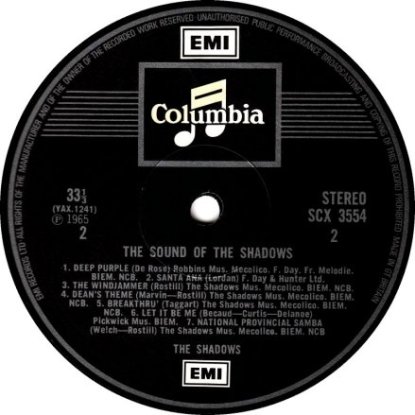 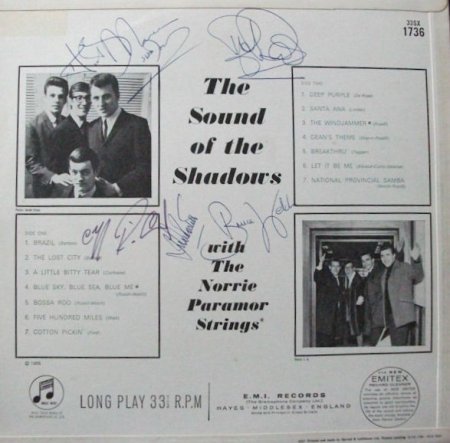