What follows is, pretty much documentary called “The British R&B Boom” which was an episode in the TV series “Rock Family Trees”

The series originates from the work of a gentleman called Pete Frame who drew family trees of various bands/artists and were, as far as I can remember, first published in the late 70’s/80’s in the UK weekly music publication “Sounds” (now defunct).  All the TV documentaries were narrated by the respected English music broadcaster, John Peel.

This documentary (with lot´s of old TV nd concert clips and many interviews) exploring  all the stories that lie behind some of the best-known bands. In this edition, John Peel narrates the story of the British R&B boom, which included two of the biggest bands of the late 60s and early 70s, Cream and Led Zeppelin. This programme charts the careers of groups as diverse as the Yardbirds, John Mayall’s Bluesbreakers, Manfred Mann and Cream as they turned the blues into rock. 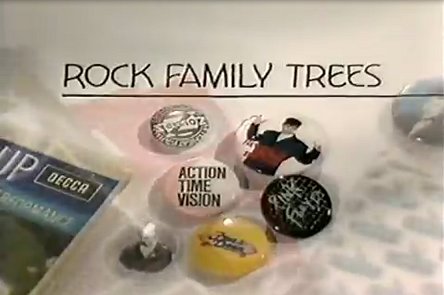 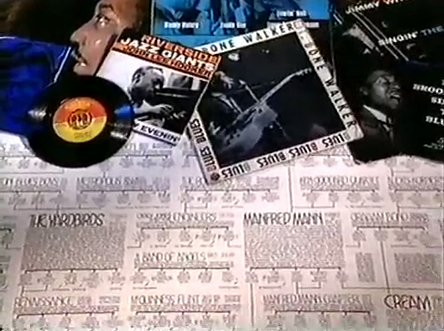 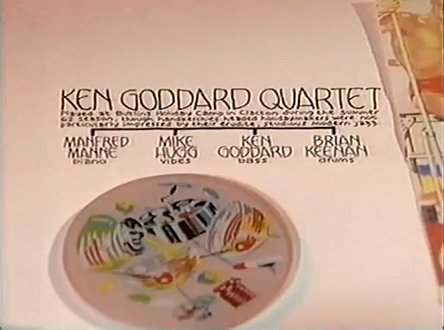 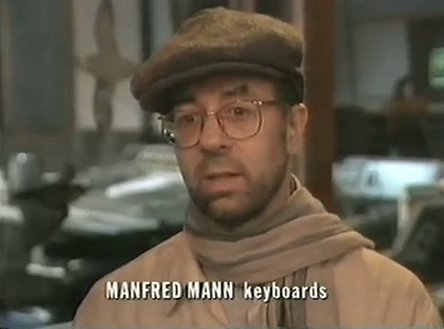 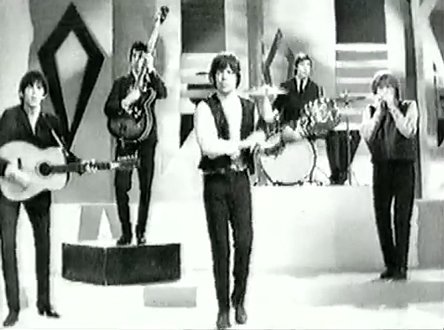 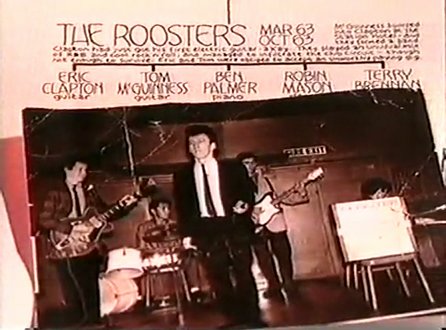 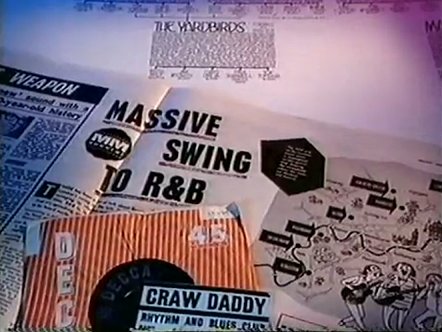 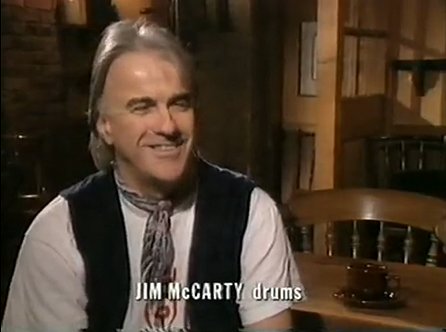 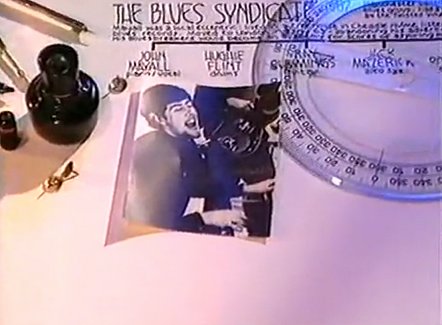 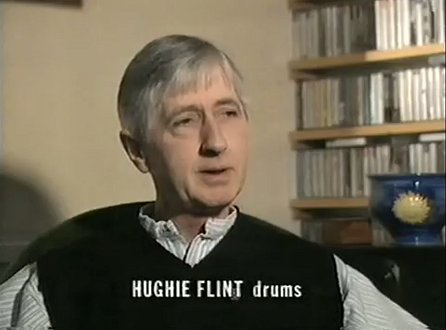 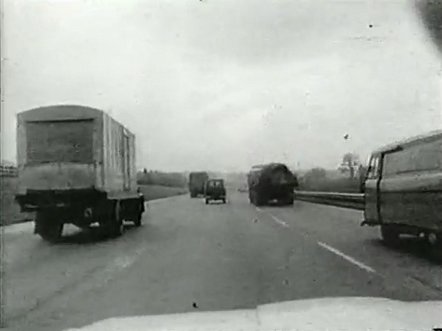 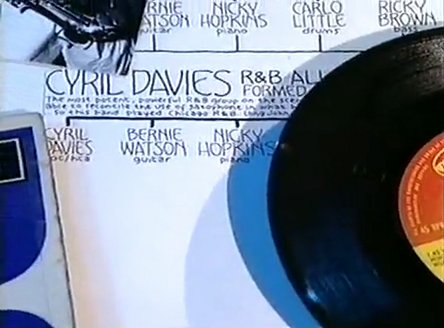 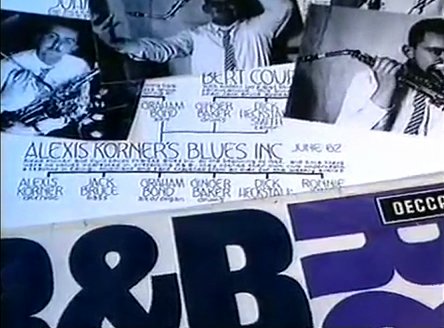 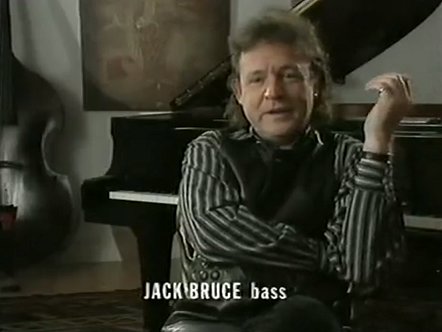 I got this very rare item from a serious record collector … I will call him Mister Sleeve … thanks a lot ! 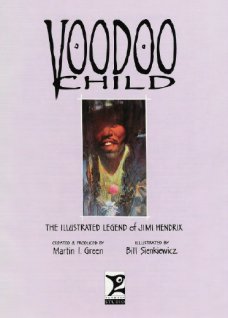 This is going to be heresy to a lot of people, but I’ve never been a fan of Jimi Hendrix. Oh, I respect that he was an influential musician and how for a lot of people he turned music upside down… but it just never did anything for me. When a copy of Voodoo Child: The Illustrated Legend of Jimi Hendrix fell into my hands, though, I found myself wondering if perhaps this could show me just what I was missing.

Born John Allen Hendrix, the musician had anything but an easy childhood. Born while his father was fighting in World War II, Hendrix was used to being sent to live with relatives as his mother struggled with her alcoholism. When his father returned from overseas, he was renamed James Marshall Hendrix and in many ways his life started over. Struggling to find somewhere that would let him record his music and respect what he was doing, Hendrix finally begun to find fame, but in the end, it would be all too fleeting…

Martin I. Green’s script for Voodoo Child is certainly informative, but one gets the impression that he’s preaching to the converted. That’s perhaps not a surprise—the primary audience of a hardcover graphic novel about Jimi Hendrix would naturally be his friends—but for an outsider like myself it was a little disappointing. It’s a challenge to try and explain the appeal of Hendrix’s music through the printed page, but Green didn’t seem to even try and convey it to the reader. It’s a very dry story, matter-of-factly telling Hendrix’s life story as a memoir, embedded with quotes from songs here and there. At the end of the day, you leave Voodoo Child‘s script with a lot of facts and very little else.

On the other hand, I’ll be surprised if readers left Voodoo Child feeling cold from Bill Sienkiewicz’s art. Fully painted, Sienkiewicz’s art is brilliantly matched with the subject material, able to mix psychedelic emotions with the love of music into every single page. You’d swear that Sienkiewicz was painted over top photographs here, with a careful control of how he handles people and their body language. What’s great about Sienkiewicz is how he’s able to quietly take a perfectly realistic painting and then mix in things like musical notes, or words, and make them just as much a part of the page. Voodoo Child‘s writing may be dry, but Sienkiewicz’s paintings are alive and well.

Towards the end of Voodoo Child I found myself all but giving up on actually reading the book, instead just basking in Sienkiewicz’s art. For those with only a casual knowledge of Hendrix, this is ironically what you’ll get the most out of the biography. You may still not have a hard grasp on the appeal of his music, but you sure will understand how much Sienkiewicz clearly loved the man’s work. And in the end, getting 128 pages of Sienkiewicz paintings is a good deal indeed. (by readaboutcomics.com)

Some more illustrations from this book: 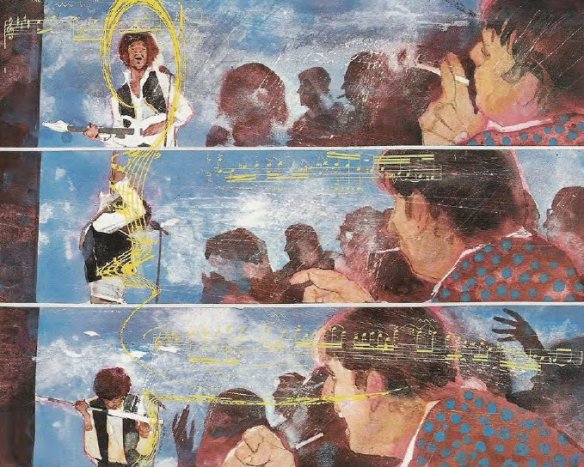