This issue features a tribute to the late, great Keith Emerson and is packed with interesting anecdotes by those who worked with him throughout his career.

One interesting anecdote comes from the guitarist in the supergroup The Best.

In the article, Baxter describes the events that lead up to the formation of The Best.

“I first met Keith at the China Club in L.A. back in the ‘90s. I was in the house band, and Keith would come in and play all the time. The band would include John Entwistle on bass, and various guitar players, like Joe Walsh, lots of studio guys. We had great fun seriously playing, not just jamming. One night John and I were talking and thinking, ‘this is too good, we should do something more serious.’ A well-known publicist Michael Jensen offered to arrange a couple of shows in Japan so we solidified the band: Keith, John, Joe, Simon Phillips, and a singer buddy of mine Rick Livingstone. We didn¹t know what to call ourselves, and being such shy wallflowers, we decided on The Best. [Laughs.]”

Much more about Keith Emerson in this issue + many other articles (about Carly Bley), reviews and much more. 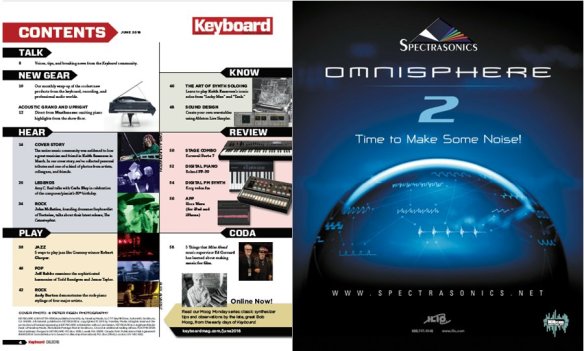 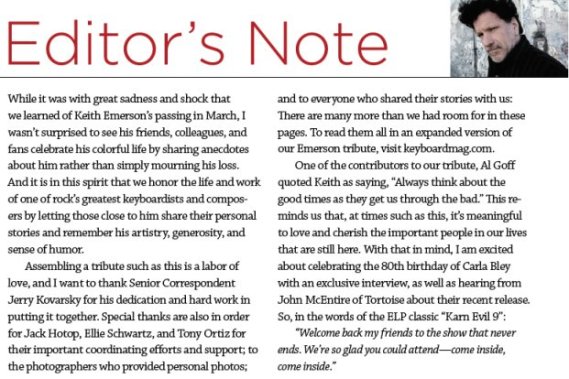 This entry is dedicated to Keith Emerson