Called the “punk poet laureate”, Smith fused rock and poetry in her work. Her most widely known song is “Because the Night”, which was co-written with Bruce Springsteen. It reached number 13 on the Billboard Hot 100 chart in 1978 and number five in the U.K. In 2005, Smith was named a Commander of the Ordre des Arts et des Lettres by the French Ministry of Culture. In 2007, she was inducted into the Rock and Roll Hall of Fame.

On November 17, 2010, Smith won the National Book Award for her memoir Just Kids. The book fulfilled a promise she had made to her former long-time partner, Robert Mapplethorpe. She placed 47th in Rolling Stone magazine’s list of 100 Greatest Artists published in December 2010 and was also a recipient of the 2011 Polar Music Prize. (wikipedia)

Patti Smith played a small, acoustic and intimate set at the Panthéon as part of Fip’s 50th anniversary. (Fip is an eclectic public radio station in France.) Besides her two children, Jesse and Jackson, she was accompanied by her long-time companion Tony Shanahan. The concert was part of the ‘Festtags-Konzerte’ on Swiss radio station SRF3. They broadcast live gigs every year around Christmas and New Year’s Day. The concert was originally recorded by Fip. (bigo magazine) 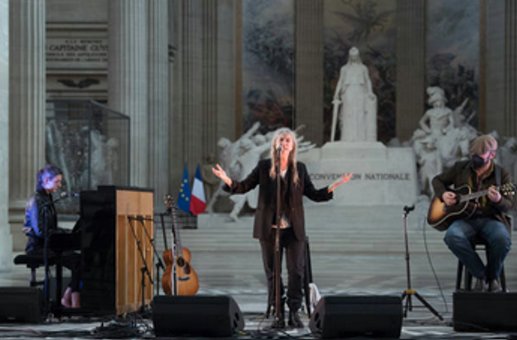 Patti Smith is still a strong woman and has an impressive personality. 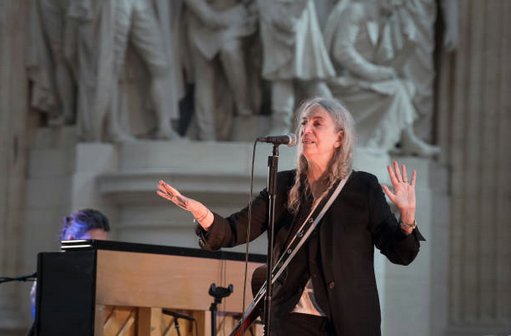 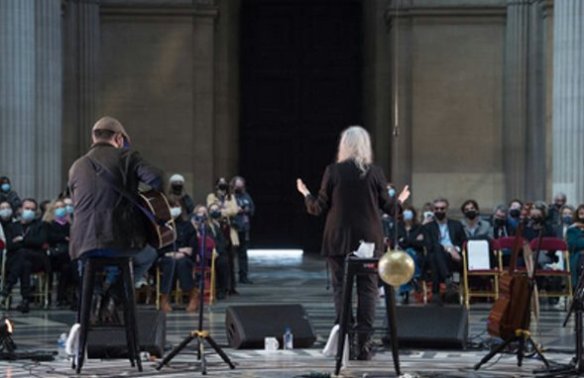