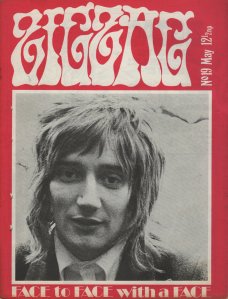 ZigZag was a British rock music magazine. It was started by Pete Frame and the first edition rolled off the printing presses on 16 April 1969. The magazine was noted for its thorough interviews, well-researched articles, innovative “rock family trees” by Frame, and support for American songwriters such as Michael Nesmith, Mickey Newbury, Gene Clark, etc.

It was edited by Pete Frame for the first 29 issues – up to February 1973. Frame later said: “None of the English music papers wrote about the music I liked. They all concentrated on popular acts, but I was interested in the Underground scene. So I decided to start a magazine for people who liked the same kind of music I did. I called it Zigzag after the Captain Beefheart track “Zigzag Wanderer” and also the cigarette papers, which were used for rolling joints.” 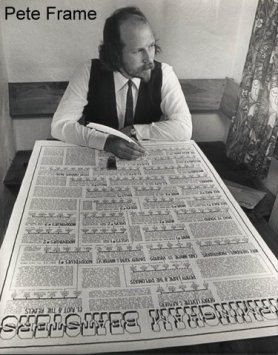 After dying a first time, the magazine was taken over by Tony Stratton-Smith, founder of Charisma Records, and became a regular monthly from January 1974 with even some colour inside. Stratton-Smith also financed The Amazing ZigZag Concert on 28 April 1974, to celebrate the magazine’s fifth birthday. Issues #30 (March 1973) to #40 (April 1974) were edited by Connor McKnight, with Andy Childs becoming editor from issue #42 (June 1974) for about 18 months. Andy Childs originally had his own fanzine, Fat Angel. This period was marked by more musical British influence such as pub rock and the precursor of punk (Dr. Feelgood, The Stranglers). Pete Frame became editor again from issue #58 (March 1976) to issue #74 (July 1977) – with the exception of three of those issues where Paul Kendall was editor.

Appointed as editor in August 1977, a major revolution was led by Kris Needs which saw ZigZag going through a third period where the magazine was totally devoted to punk. It was also around this time that Pete Frame distanced himself and published the first book of his famous series of ‘rock trees’ tracing changing personnel line-ups in the rock music world.

ZigZag continued to be published in London and edited by Needs until the end of 1981 when Mick Mercer took over editorial duties. In April 1982, the ZigZag Club live music venue was opened at 22-24 Great Western Road, London W9. By the end of the year it had closed. The magazine ceased publication for a period during 1983 and was then re-launched for a fourth period, in October 1983, with Mick Mercer as editor, covering post-punk and early goth. It ceased publication with its final issue in January 1986 – having published approximately 140 issues of rock journalism.

There was a failed attempt to relaunch the magazine in June 1990, with just one issue being published. ZigZag was purchased in July 1988 from Northern & Shell, who had amalgamated it with music equipment title “one two testing”. Jim Maguire, who had been Business Manager of ZigZag in the Seventies, persuaded Richard Desmond (Northern & Shell) to sell him the title. Maguire believed he had secured a sound publishing deal with EMAP, who purchased the title in October 1989. However, EMAP closed ZigZag after just one issue (May 1990) and then produced Mojo, a new rock monthly, some months later. In accordance with the terms of the contract, the ZigZag title and the intellectual copyright then reverted to Jim Maguire in January 1994. (wikipedia)

And here´s an early issue of this great magazin, taken from my personal archive … let´s take a trip to May 1971 … I include an interesting interview with the great Pete Frame (taken from cloudsandclocks.net)

And we read in this issue stories about:

More old ZigZag magazines will come .. .enjoy this trip in the year 1971: 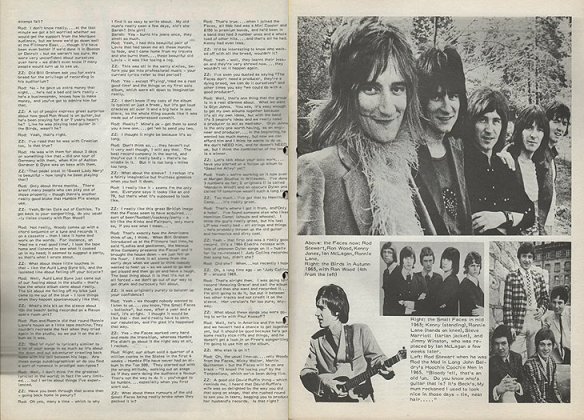 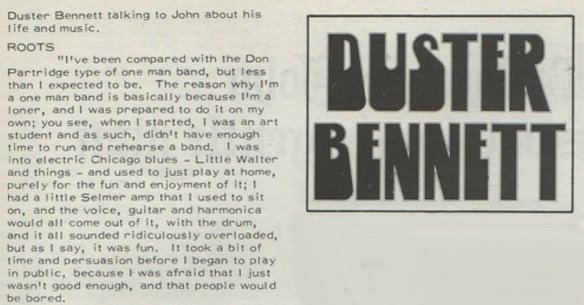 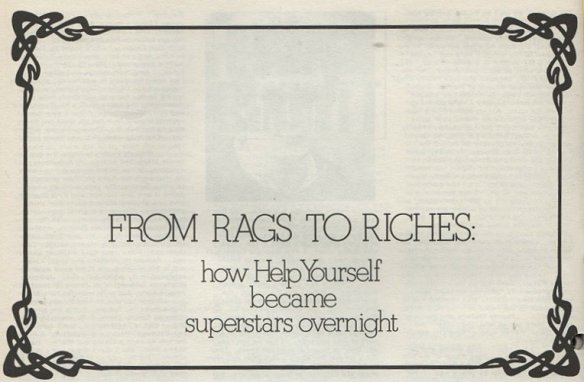 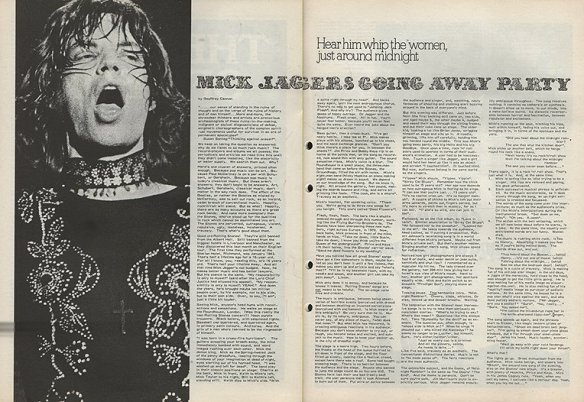 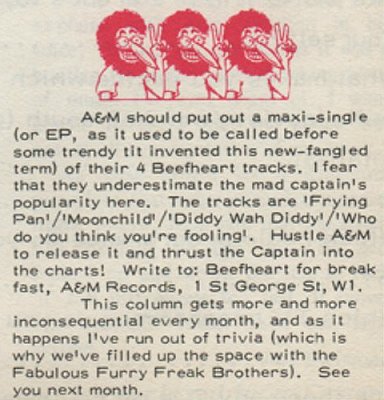