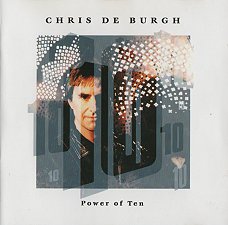 Chris de Burgh signed his first contract with A&M Records in 1974, and supported Supertramp on their Crime of the Century tour, building himself a small fan base. His début album, Far Beyond These Castle Walls, was a folk-tinged stab at fantasy in the tradition of the Moody Blues. It failed to chart upon its release in late 1974. A few months later, he released a single called “Turning Round” from the album, released outside the UK and Ireland as “Flying”. It failed to make an impression in the UK, but it stayed on top of the Brazilian charts for 17 weeks. This became a familiar pattern for the singer/songwriter, as every one of his 1970s albums failed to chart in the UK or US while they racked up big sales in continental European and South American countries. In 1981, he had his first UK chart entry with Best Moves, a collection culled from his early albums. It set the stage for 1982’s Rupert Hine produced The Getaway, which reached number 30 in the UK charts and number 43 in the US, thanks to the eerie single “Don’t Pay the Ferryman”. Chris de Burgh’s follow-up album, Man on the Line, also performed well, charting at 69 in the US and 11 in the UK. 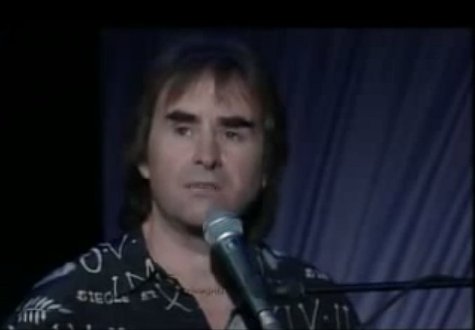 Chris de Burgh had an across-the-board success with the ballad “The Lady in Red” in late 1986; the single became a number one hit in the UK (number three in America) and its accompanying album, Into the Light, reached number two in the UK (number 25 in the U.S.). That Christmas season, a re-release of de Burgh’s 1976 Christmas song “A Spaceman Came Travelling” became a Top 40 hit in the UK. Flying Colours, his follow-up to Into the Light, entered the British charts at number one upon its 1988 release, yet it failed to make the American charts. De Burgh never hit the US charts again and his commercial fortunes began to slide slightly in Britain in the early 1990s, yet he retained a following around the world. This is mainly due to inactivity of his previous recording label A&M Records UK division in the U.S

Power of Ten is the tenth studio album by the rock artist Chris de Burgh (produced by Rupert Hine). It was released in 1992 on A&M Records.

“Separate Tables” was also recorded as an English duet as well as an English/German duet with Vicky Leandros and released on her album “Jetzt”. (by wikipedia)

Standout tracks include “Brother John”, “Where We Will be Going”, and “The Connemara Coast.” There was a good video of Making The Perfect Man shown on MTV. This album would peak at number 6 but would lack the durability of previous successes. (comment from the official Chris de Burgh website)

But … even when this album was not really sucessful, it´s another example for the songwriting abilities of Chris de Burgh …

Depending on who you ask, Chris de Burgh either specializes in pretentious, bombastic art rock disguised as pop or is a master of penning soaring and majestic compositions. (Greg Prato)

All songs was written by Chris de Burgh 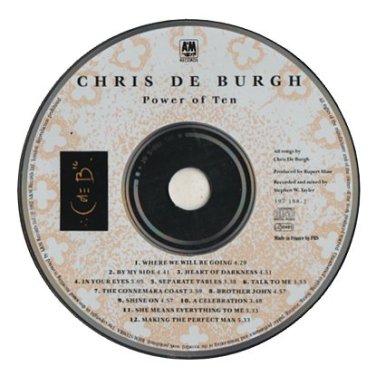 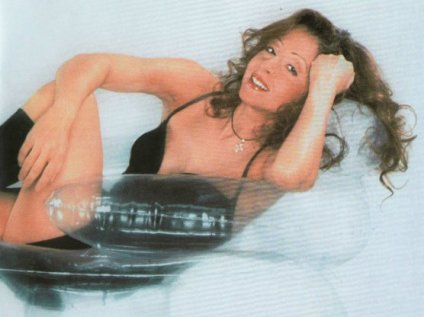 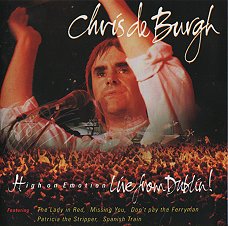 High on Emotion: Live from Dublin is the first live album by Chris de Burgh, released by A&M Records in 1990. The album was recorded at the RDS, Dublin in December 1988. 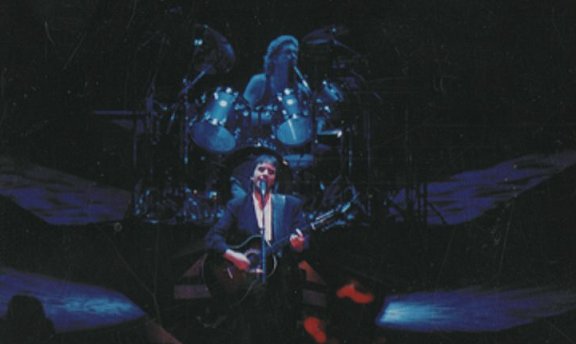 Believe it or not, Chris de Burgh performs extremely well live, carrying out his ballads and story-songs with genuine passion and enthusiasm. With High on Emotion, de Burgh plays to a crowd to which he has close ties, since he attended Trinity College in Dublin after moving there from Argentina. This sets the stage for a very entertaining album, as he covers a favorable blend of love songs and musical tales, pulling some of his better material from out of the past. de Burgh sings such classics as “A Spaceman Came Travelling,” “Don’t Pay the Ferryman,” and “Patricia the Stripper” with a collected vigor played out in his trademarked classy style. “Spanish Train” is the album’s magnum opus, complete with haunting guitar and a mood-perfect vocal execution from de Burgh, proving it’s one his favorites as well. 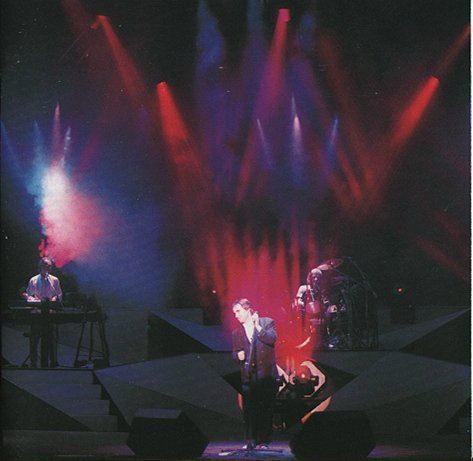 The slower songs are heartfelt also, even in front of a live audience. “Risen Lord” and the famous “Lady in Red” are charming pieces, while “Sailing Away” and “Missing You” flow wonderfully through the crowd and are excellent choices for a live show. His most energetic single, “High on Emotion,” ends the album perfectly, releasing any intensity that de Burgh had left. Live From Dublin exhibits both sides of Chris de Burgh, proving that his style of music is just as earnest in a live environment as on a studio album. (by Mike DeGagne) 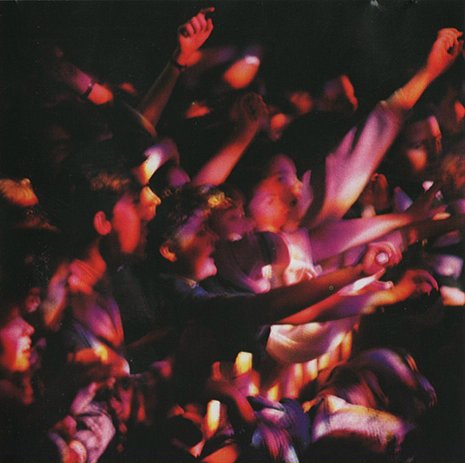 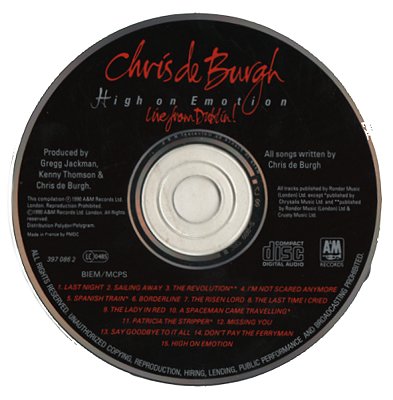 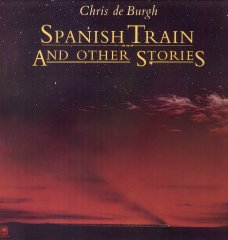 Chris de Burgh’s storytelling prowess comes into fruition on Spanish Train and Other Stories as he carefully grasps the listener’s attention with his soft-spoken candor. With songs that are reminiscent of tales told to a young child by his bedside, de Burgh captivates his audience with his serene anecdotes that are enhanced by the music that envelops him. The opening “Spanish Train” is a mysterious yarn about a poker game between God and the Devil, where the victor inherits the soul of a dying train engineer. de Burgh’s vocal escalation from serene to flamboyant makes this one of his best songs, as does the marvelous twist at the end of the story. “A Spaceman Came Travelling” has de Burgh blanketing his wispy voice in a tale about the birth of Jesus, only his version substitutes the Star of Bethlehem for an alien visitor who has arrived to reveal a startling message. With “Patricia the Stripper,” de Burgh proves that his sense of humor has not escaped him, as the baroque melody and playful banter make this tune one of his most spirited. Both musically appealing and lyrically thought-provoking, it is this style of narrative that causes Spanish Train to be one of his best albums. Even the forlorn tone of the piano in “Lonely Sky” invokes sadness and melancholy with perfection, coupled with de Burgh’s vacant air. All the songs on Spanish Train capture de Burgh’s flair for singing elegant pieces that are sincerely attractive, all the while illustrating his pliable vocal stylishness. ( by Mike DeGagne) 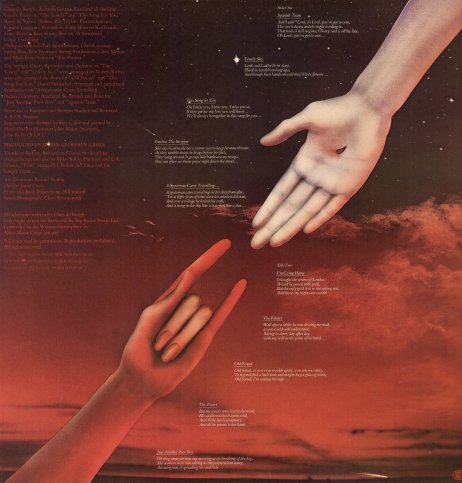 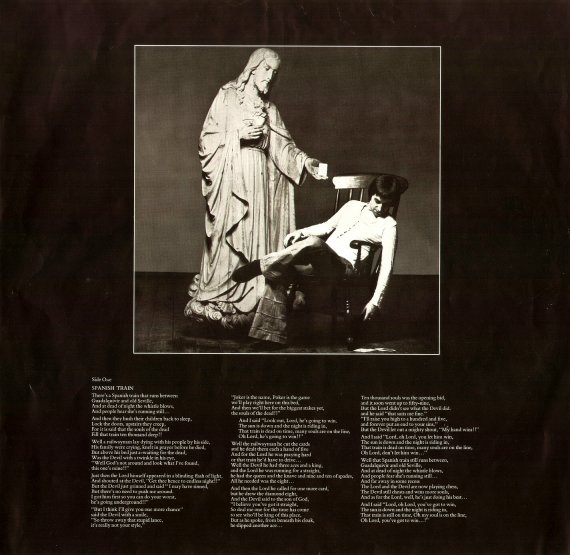 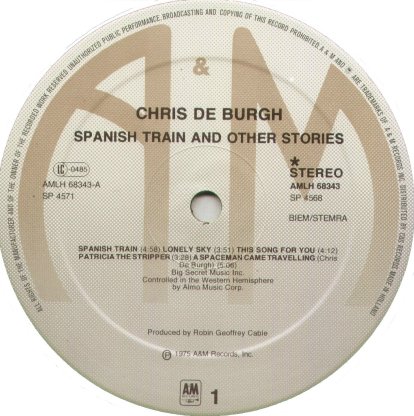 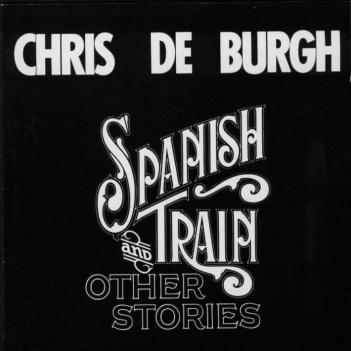