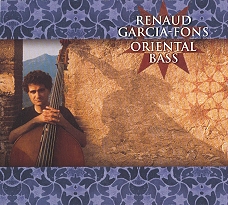 Sometimes referred to as “the Paganini of double bass,” Renaud Garcia-Fons is a composer and five-string bass player who was deeply influenced by the brilliant bassist François Rabbath. Garcia-Fons actually started his studies in music at an early age. He began with piano when he was only five, switched to classical guitar at eight, and then to rock in his teens, finally settling on the bass when he was 16. Garcia-Fons lives in Paris and has toured through Germany and Europe performing at festivals. In 1987, he became a member of the Orchestre de Contrebasses. He remained with them for six years, also appearing with the Orchestre National de Jazz during some of that time. ENJA Records released Garcia-Fons’ solo debut, Légendes, in the ’90s. Alboreá was his next release. The album featured his quartet of Jean-Louis Matinier on accordion, Jacques Mahieux on drums, and Yves Torchinsky on bass. Garcia-Fons’ third album, Oriental Bass, which he composed, was released in 1998. Next, he combined talents with accordionist Jean-Louis Matinier on the album Fuera. Garcia-Fons’ music is a rich gypsy mix of global jazz flavored with Indian, Greek, African, flamenco, Latin American, tango, and new musette. On many works he is accompanied by a variety of instruments, including guitar, lute, derbouka, flutes, trombone, and accordion. ( by Charlotte Dillon)

And this is the third album by Renaud Garcia-Fons:

A student of the legendary Syrian bass player François Rabbath, 5-string virtuoso Renaud Garcia-Fons is of Spanish and French descent splitting his time between both countries/cultures when he is not on the road throughout Europe. He is known as “a bassist with astonishing technique” whose con-arco playing has “a quality more reminiscent of the viola or the cello” (L.A. Times). Influenced not only by jazz and classical music but also by oriental, African and Spanish traditions, Renaud’s unique artistry led to exciting and successful collaborations with such open-minded players as Rabih Abou-Khalil, Nguyen Lê, Gérard Marais, Pedro Soler, Jean-Louis Matinier and Michael Riessler.

Following his solo recording “Légendes” and the quartet album “Alboreá” (both of which received highest ratings from critics all over the world), Renaud’s east-western synthesis comes to a climax on “Oriental Bass”. Says Renaud: “I had a dream about a bass – half Gypsy, half Mauretanian – that travelled from India to Andalusia passing by the Mediterranean north or south. The bass is neither a traditional nor an oriental instrument. But its range of sonorities and the ways it is played upon – both pizzicato and con arco – seem to make it feel comfortable in the neighbourhood of certain instruments at home in the oriental world. For several years now my work – composing and improvising – has been led by these relationships and by the love the bass brings to all of this music. This is how the idea for this album was born.”

Assisted by a wide variety of musicians and instruments from diverse ethnic background, Renaud’s visionary masterwork “Oriental Bass” is definitely a highlight of 1997’s cross-cultural vintage. “Garcia-Fons’ music exists in a space of its own beyond jazz, world beat or any other category” (by Larry Katz). 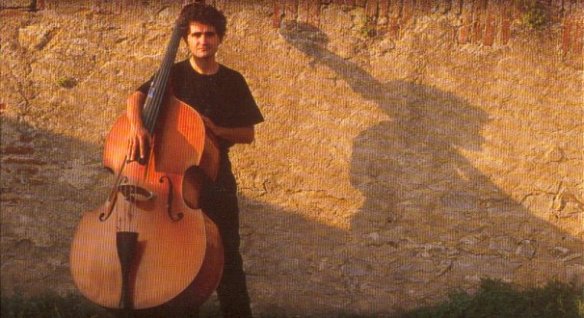