When Dion DiMucci was nominated for a Grammy in the Best Traditional Blues category for 2006’s Bronx in Blue, an excellent collection of blues standards, it was an official affirmation that he was “back.” In truth, he’d never left, and had been recording all along. He issued a stellar follow-up in 2007’s Son of Skip James, a collection of revelatory blues covers and fine new material. The third album in this blues trilogy is Tank Full of Blues. Recorded in a trio setting, Dion produced the album, wrote all but two selections, and played the hell out of all the guitars on it. Tank Full of Blues is a slippery, street-smart, utterly inspired album of blues and roots rock tunes that are free of nostalgia and drenched in history. Truth be told, any of the current era’s bluesmen would be hard pressed to come up with lyrics near as profound as those found the in the harrowing “Ride’s Blues (For Robert Johnson).” The track offers a new myth about the great bluesman; it delves deep into spiritual matters while addressing the terror that lies in the heart of anyone lost to her or himself.

There’s a redemptive twist that’s as surprising as it is free of cliches. The meld of acoustic and distorted snarling electric guitars tells its own story — the story of the blues itself — to underscore the narrative. The title track, offered in swaggering Chicago blues style, offers a familiar and bitingly humorous tale of the life of an itinerant musician to be

sure, but in a larger sense, also speaks to the conflicted nature of the human heart. “Two Trains” is a beautifully executed medley of Muddy Waters’ “Still a Fool” and Johnson’s “Ramblin’ on My Mind.” “My Michelle” pays tribute to Jimmy Reed’s enduring musical influence and sense of humor.

The strutting, updated rockabilly in “I’m Ready to Go” lays out Dion’s sense of purpose in this world and the next. Finally, in “Bronx Poem,” a spoken word piece that closes the disc, Dion speaks the unvarnished truth about where he’s been and, perhaps even more bravely in this cynical age, where he stands — without flinching. He possesses a rhyme skill set that would make any rapper jealous. Accompanied by his own haunting guitars and Robert Guertin’s quietly shuffling drums, Dion celebrates humanity in the light of his spiritual convictions. In doing so, he comes full circle to meet himself as a street corner poet in the 1950s, and reveals his wisdom as the result of his experiences in the past and the present. He has no need to romanticize or apologize; he remains the keen-eyed, tender-hearted observer he has always been. Tank Full of Blues may be the late entry in a catalog of great work by Dion, but it stands with his best recordings. In fact, it is the album he’s been waiting an entire career to make. (by Thom Jurek) 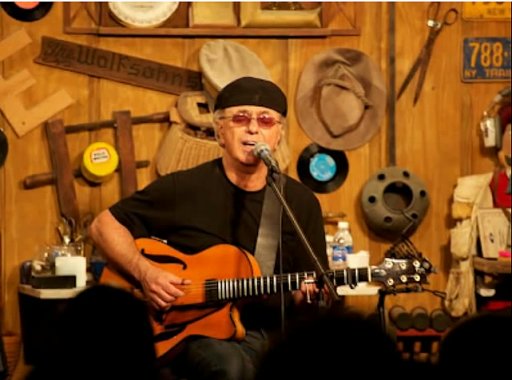 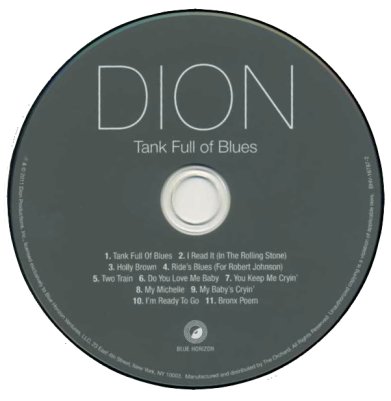