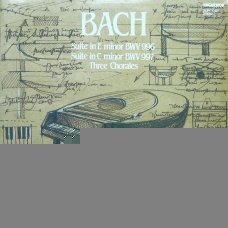 Edmund Pascha (or Paska, alias Claudianus Ostern) was born in 1714 at Kroměříž, the Moravian musical centre of that time. At the age of 17, he entered the Franciscan monastery at Hlohovec (Western Slovakia). He studied philosophy at Beckov (Western Slovakia) and theology at Uherské Hradiště (Eastern Moravia). In addition to his native language he also managed Latin, German, Italian and some Hungarian. He practised music and preaching in several Franciscan monasteries of the order’s Salvatorian province, notably at Prešov (Eastern Slovakia) and lastly at Žilina (Northwestern Slovakia), where he died on May 4, 1772, after many years of painful illness.

Pascha’s three Passionals were written for Franciscan monasteries at Prešov (1770), Pruské (1769–1771) and Žilina (1770–1771). Further two undated autographs by Pascha — Harmonia Pastoralis (two Christmas masses and Tota pulchra) and Prosae Pastorales (25 Christmas, New Year and Twelfth Night songs) — are contained in the convolutum found in the 1930s in the library of the Franciscan monastery at Žilina. This document, long considered lost, was described in detail by its discoverer, Dr. Celestin Lepáček (1905–1955), musical researcher and historian of the Franciscan order’s activities in Slovakia, as well as by Professor Dobroslav Orel (1870–1942), historian of music. 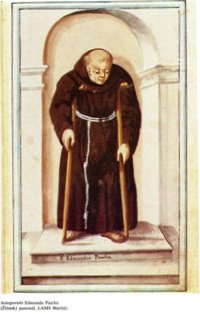 The Christmas Mass in F major is on folios 3–15 of the Harmonia Pastoralis autograph. It is written as an organ particello, with detailed parts for two concertante interludes for the organ, duets for solo voices, and the three-voice Benedictus, while the use of clarinos, flutes and pastoral horn (tuba pastoralis) is merely indicated. He preserved the form of the Mass ordinarium (Kyrie-Gloria-Credo-Sanctus-Benedictus-Agnus), but in order to achieve a closer alignment with popular cultural needs, he dropped most of the liturgical Latin text incomprehensible to the people and substituted tropes in the Slovak language reminiscent of folk Christmas play. The musical structure of this Mass shows a definite influence of original elements of folk music, particularly from the border region between Slovakia and Moravia.

Edmund Pascha’s Christmas Mass in F major from the Harmonia Pastoralis cycle is a typical example of this symbiosis and synthesis of ancient elements of Slovak folk music with European baroque. 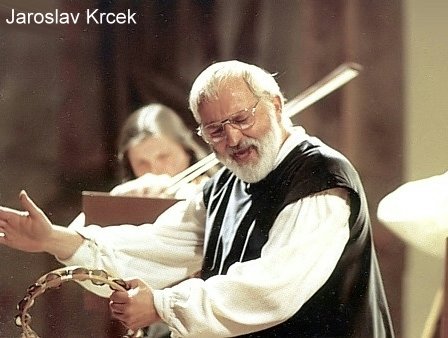 The Prague Madrigal Singers, a vocal and instrumental chamber ensemble, was founded by Professor Miroslav Venhoda in 1956 and named New Singers of Madrigals and Chamber Music. In 1967, the ensemble acquired professional status and assumed a new name. In 1976 it was detached from the National Museum and became affiliated with the Czech Philharmonic Orchestra. It comprises thirteen singers and musicians, including its art director Svatopluk Jányš / from 1981/. Its repertoire contains primarily medieval, renaissance, baroque and contemporary music.

The Musica Bohemica chamber group (eleven players and two singers) was established in September 1967 as a part of the non-conventional folk dance music group, Chorea Bohemica. In 1975 it went its own way as an independent body and since 1977 it has been existing as part of the Prague Symphony Orchestra FOK.

The ensemble performs Gothic music, sacred songs from the Hussite period, hymnal repertory of the 16th century, secular music and memorable baroque and pre-classic music plus their own compositions employing modern means of expression. 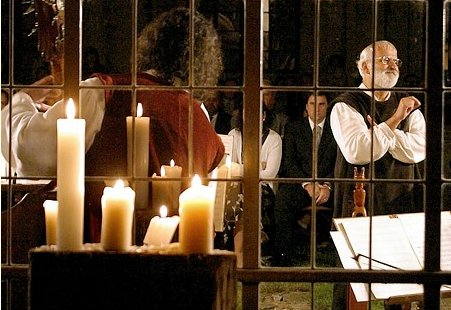 For years, this work was attributed to Edmund Pascha (1714-1772) who also went by the name Claudianus Ostern. Pascha’s published collections “Harmonia pastoralis” and “Prosae pastorales” are the sources for the works recorded here. The Mass from the former and the carols from the latter. Because the Mass was found in the collection “Harmonia pastoralis” it was presumed to be a work of Pascha. However, in recent years it was determined that it was in fact the “Missa pro festis Natalitiis” of Father Georgius Zrunek (1736-1789), a member of the Franciscan order. (Patrick H. Maxfield)

What a rare and beautiful christmas music ! 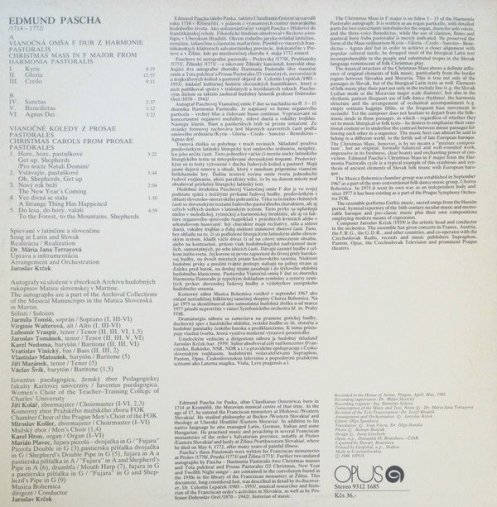 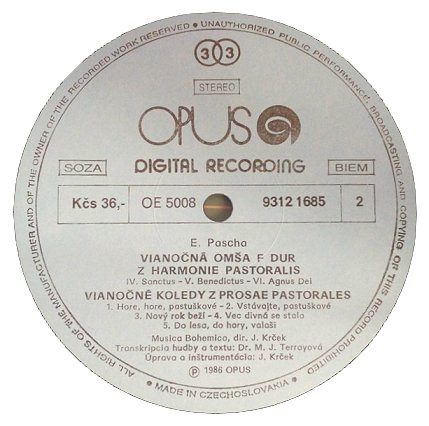