“The Merseysound” was the first album form The Renegades:

The Renegades were a British rock band which started out in Birmingham in 1960. The band never had much success in their home country, but they became popular in Finland in the 1960s and from 1966 to 1971 in Italy.

In the middle of the ’70s Kim Brown and Mick Webley, with other musicians, formed the band Kim & The Cadillacs. (wikipedia)

This is the first recording from The Renegades and great bit of Beatlesploitation (ok from the track-listing one might say a little bit of Pacemakers and Swingin’-Blue-Jeansploitation as well) came out on the Fidelio label in 1964, following up from other great rockin’ records like “Oklahoma” by the “NY Revue Orchestra” and “Chopin: 4 Scherzi” by “August de Maurier”.
Let’s face it Fidelio knew that this young sound may not last but was worth plundering this once.

The Mersey Sound was actually a young Birmingham group by the name of The Renegades, who would later have reasonable success in Finland, though they leave no major freakbeat records of note, unlike other European success stories such as The Creation, The Birds and The Red Squares.
That said, what’s great about records like this is that although the Fabs covers are well played versions of the originals, the band interprete soul standards like “Money” with great gusto and originality. Obviously the staple of a youth-club set that would get kids shakin, this is where the band seems most at home on this record. (http://musicofsixties.blogspot.com) 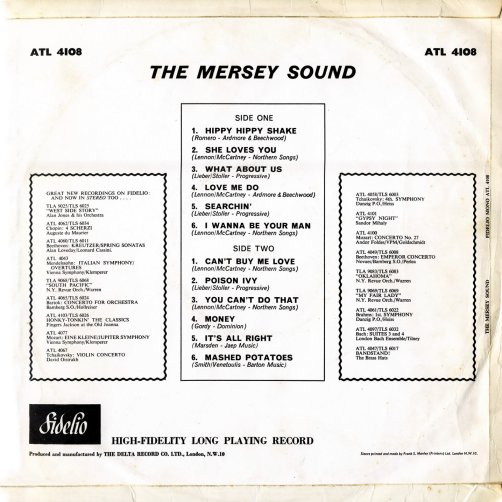 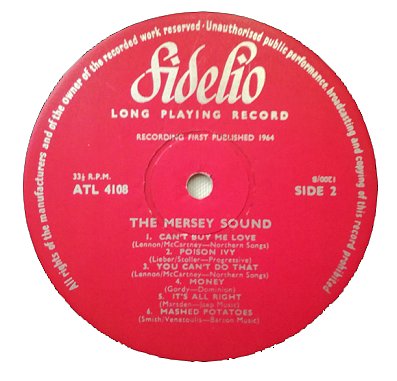