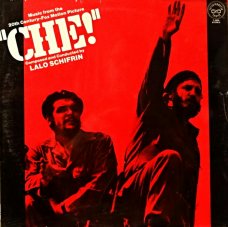 Che! is a 1969 American biographical drama film directed by Richard Fleischer and starring Omar Sharif as Marxist revolutionary Ernesto “Che” Guevara. It follows Guevara from when he first landed in Cuba in 1956 to his death in Bolivia in 1967, although the film does not portray the formative pre-Cuban revolution sections of Che’s life as described in the autobiographical book The Motorcycle Diaries (1993).

The film tells of Che Guevara (Omar Sharif), a young Argentine doctor who proves his mettle during the Cuban guerilla war in the late 1950s. He gains the respect of his men and becomes the leader of a patrol.

Fidel Castro (Jack Palance) is impressed by Guevara’s tactics and discipline and makes him his chief advisor. When Castro defeats Cuban dictator Batista after two years of fighting, Guevara directs a series of massive reprisals, yet, Guevara dreams of fomenting a worldwide revolution. After Castro backs down during the Cuban Missile Crisis, Guevara accuses Castro of being a Soviet tool and decides to leave Cuba.

Guevara lands in Bolivia, where he attempts to begin his dream of a worldwide peasant revolution, but the Bolivian peasants do not follow his lead and he becomes pursued by the Bolivian Army.

The film score was composed, arranged and conducted by Lalo Schifrin and the soundtrack album was released on the Tetragrammaton label in 1969 (by wikipedia)

The composer takes his lead from the traditional music of Cuba, Argentina (his native country), and Bolivia, where the film was set.

The result is an instrumental album of South American styles that stands on its own, thankfully, since the film (which starred Omar Sharif in the title role and featured Jack Palance as Fidel Castro) doesn’t get too much circulation these days.(by William Ruhlmann) 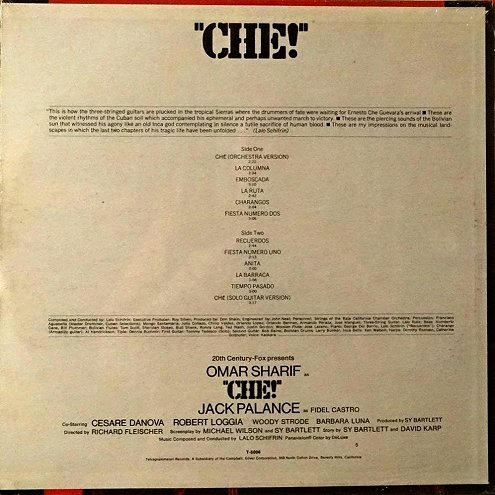 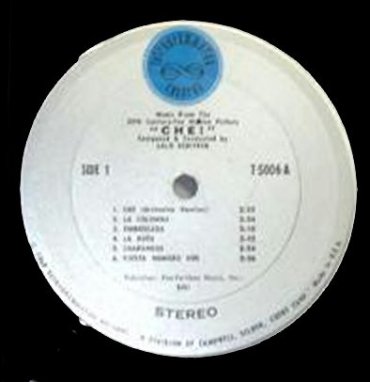 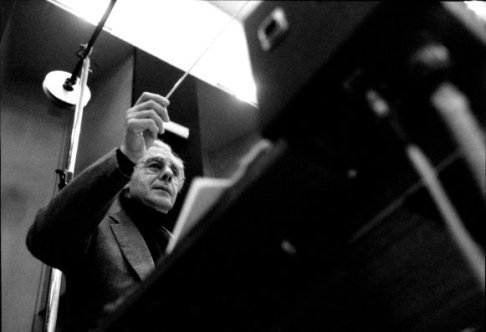