Intercontinental is an album by jazz guitarist Joe Pass that was released in 1970. The album is a collection of mainly swing and Latin jazz standards with the exception of the country/pop hit “Ode to Billie Joe”. A highlight of the album is “Joe’s Blues”, a fine example of Joe’s musical range, taste and splendid technique. Pass, a virtuoso solo performer, seems quite at ease within the guitar/bass/drums trio format. His signature chord melody style, interspersed seamlessly with bebop and swing single note lines, is heard throughout. Drummer Kenny Clare and bassist Eberhard Weber do a fine job respectively. This album is notable as a rare example of Eberhard Weber playing straight-ahead bass on covers of standards. (by wikipedia)

Joe Pass recorded almost exclusively for American record labels during his long career, so this 1973 studio date for BASF is a rare exception. With bassist Eberhard Weber and drummer Kenny Clare’s brushwork, the legendary guitarist plays a half dozen or so standards, including gently swinging takes of “Chloe” and “Stompin’ at the Savoy,” a soft arrangement of Jobim’s Meditation,” and a very lively version of “I Love You” (also featuring solos by his rhythm section).

He also improvises the tasty “Joe’s Blue’s,” plays a light samba written by the session’s recording director (“El Gento”), puts some life into the normally tame 1960s pop hit “Ode to Billie Joe” by playing it in a Latin groove, and concludes with the very familiar standard from the Count Basie songbook, “Lil’ Darlin’,” which he must have performed hundreds of times during his career. While his playing is rather reserved compared to his later extensive recordings for Pablo, and this release is by no means near the top of the late guitarist’s considerable discography as a leader or soloist, fans of Joe Pass who listen to this set won’t be disappointed. (by Ken Dryden) 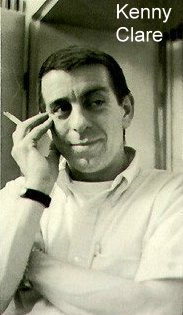