This concert (recorded in June, 6th 1992 at the Hippodrome in Paris, France) was broadcast on worldwide TV as Pay-Per-View and also on FM radio stations.
This is one of the best Guns N’ Roses bootleg recording you have ever heard!

Have been hearing about this show since I started file sharing and it lives up to the hype. It is one of the best sounding GNR shows that’s NOT around. Well, we shall fix that last part. It’s now around. (analogkid6103)

Enjoy this show … with a great  Slash on leaduitar … but sorry, folks, I don´t like the voice of Axel Rose … 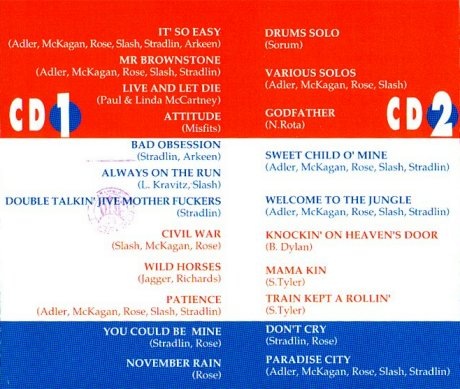