Seun and his brother Femi are the two commercially successful musical offspring of the late Nigerian afrobeat innovator Fela Kuti. Seun has one younger sister who used to sing in his band. At the age of nine Seun expressed the wish to sing to his father.[citation needed] A short while later Seun started performing with his father and the band. Since then, Seun has followed the political and social ethos of his father.

After Fela had died in 1997, Seun, then only 14 years old, became the lead singer of Egypt 80. While in school Seun had to choose between a career in music and one in African Football for which he has an outstanding talent.[citation needed] He had a friend performing for crowds too, sometimes consisting of only 3 or 4 people. He honed his musical skills for several years. Those skills were showcased to the world with his 2008 debut album, Many Things, produced by Martin Meissonnier, who had already produced two albums for his father. 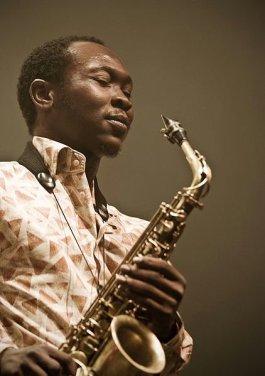 About three quarters of the current Egypt 80 line-up consists of musicians that not only played with Fela Kuti, but often were arrested and harassed alongside the founder of the Afrobeat movement. Live sets consist of both new material and originals from Seun’s father. Since during his lifetime, Fela Kuti had never performed any songs live on stage which he had recorded in the studio, this is the first chance for many long-time fans to enjoy classics like Shuffering and Shmiling, Colonial Mentality and Army Arrangement in a live setting. A new studio album called From Africa with Fury: Rise was released on 5 April 2011. It was recorded in London, produced by Brian Eno, John Reynolds and Seun himself.

He participated actively in the Occupy Nigeria protests against the fuel subsidy removal policy of President Goodluck Jonathan in his native Nigeria, in January 2012. Seun Kuti is an atheist.

Seun and girlfriend Yetunde George Ademiluyi welcomed a baby girl on 16 December 2013 and named her Ifafunmike Adara Anikulapo-kuti. (by wikipedia)

It’s no surprise that Seun Kuti’s debut album takes a page from Fela Kuti, seeing that Seun is Fela’s son, and that Egypt 80 was also Fela’s last band. While those facts may raise objections of coattail riding, there’s very little to criticize here, as the second Egypt 80’s ferocious groove kicks in on “Many Things,” the album’s lead-off track.

Seun sings with a passion that is inherited directly from his father, addressing politics, hypocrisy, and injustice with fearless conviction. Yet while Fela’s radical spirit lives in Seun, it is the relentless polyrhythms, infectious horn lines, and slinking guitar and bass of songs like “Da Oil” and “Mosquito Song” that make this debut surge with life. (by Anthony Tognazzini) 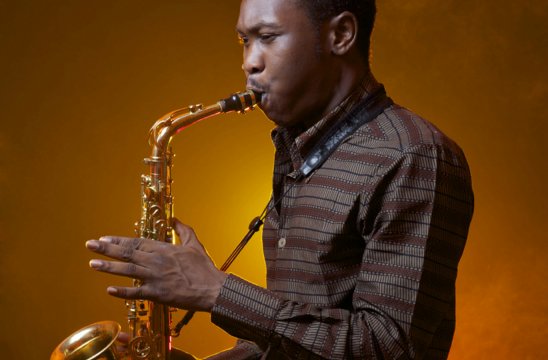