… Compilations of this kind are part of the music industry to earn a little more money with low budget productions.
Many of the songs are actually “sad love songs” and I think there is something for everyone on these two CDs.

Enjoy your sentimental side. 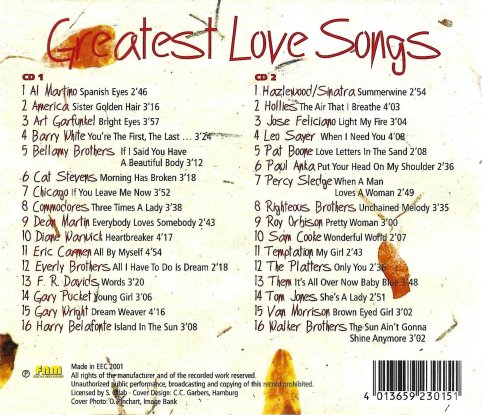 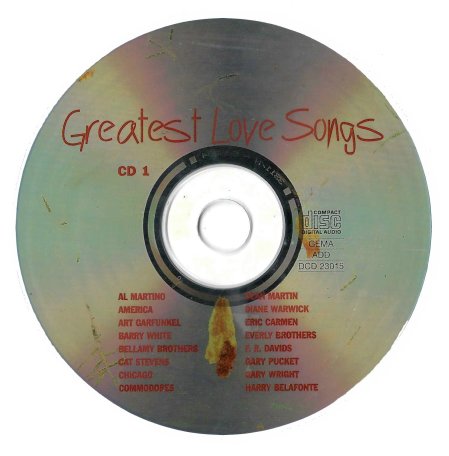 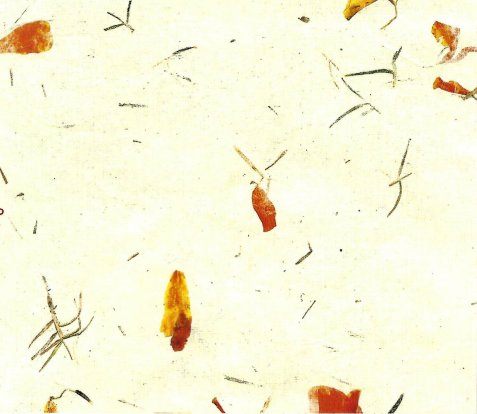 Night & Day: Big Band is the eighteenth studio album by the American band Chicago, and twenty-second overall, released in 1995. It is a departure from Top 40 material for a more thematic project, with a focus on classic big band and swing music.

Chicago left Reprise Records and started their own imprint, Chicago Records, to re-distribute their music. This album was carried by Giant Records, a subsidiary of Warner Music, who also distributes Reprise.

With producer Bruce Fairbairn, Chicago recorded Night & Day: Big Band from late 1994 to early 1995 and released it that May. Although Bruce Gaitsch played guitar on the sessions, the guitar slot would eventually be filled that year by Keith Howland, who remains Chicago’s present guitarist. Joe Perry of Aerosmith was brought in to add a solo to “Blues in the Night.”

Chicago made its “television variety debut” in February 1973 on a television special honoring Duke Ellington, “Duke Ellington … We Love You Madly,” which aired on CBS. They performed the Ellington composition, “Jump for Joy.” They were the only rock musicians invited to appear on the show. Walter Parazaider cited the group’s participation in the television special, and Duke Ellington’s comments to them afterwards, as important factors in their decision to record this album (by wikipedia)

Generally, when contemporary performers have taken on retro projects like this one, they have tended to emphasize their fidelity to the sources — consider Linda Ronstadt hiring arranger/conductor Nelson Riddle to recreate his string backgrounds for albums like What’s New. Chicago takes a different approach to the swing band classics it tackles here — it Chicago-izes them. The arrangements are by trombonist James Pankow, who manages to make everything from Duke Ellington’s “Caravan” to Glenn Miller’s theme “Moonlight Serenade” sound like a lost Chicago track. Those familiar with the originals, many of which were instrumental hits, may be surprised to hear the lyrics to songs like “Sing, Sing, Sing.” Clearly, the group is aiming more at pleasing contemporary fans than evoking nostalgia, and it succeeds in reinventing some well-established standards, even if older fans may find some of these versions radically altered. (by William Ruhlmann)

Great production and very high musicianship. If you are of a certain age and don’t want to hear stylistically different versions of the classics then this is not for you. These are not covers, but rather they are versions of this great music. I had to listen a couple of times before I really started to appreciate these reimagined arrangements. Moonlight Serenade, Chicago, In The Mood, and Take The A Train are highlights. One of my very favorite Chicago recordings. It reminded me of when they were great once upon a time. Only thing that would have made this better is if Danny Seraphine with his jazz-fusion style were the drummer. Tris Imboden is a good drummer, but not suited to this type of music. The band swings, but Tris doesn’t. (Ralph Longo) 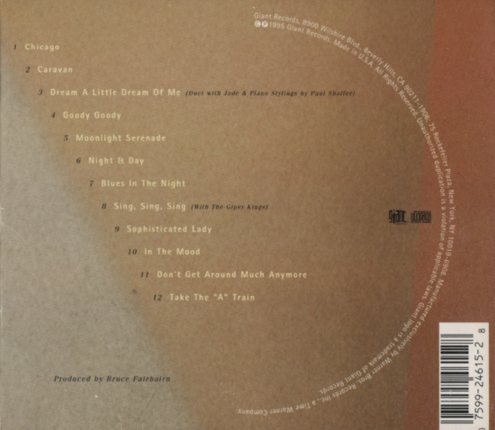 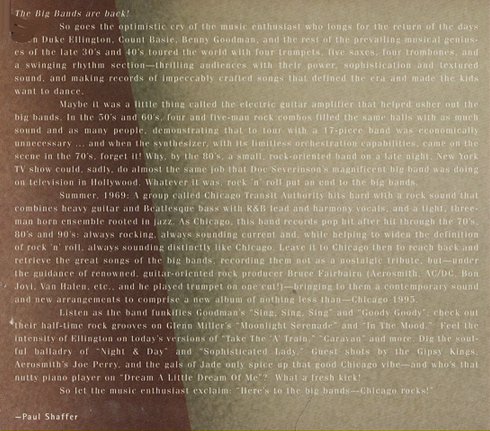 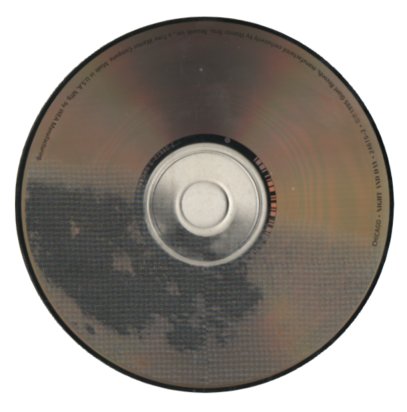 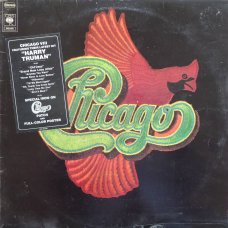 Chicago VIII is the seventh studio album, and eighth album overall, by American rock band Chicago, released in 1975. Following the experimental jazz/pop stylings of Chicago VII, the band returned to a more streamlined sound on this follow-up.

After five consecutive years of constant activity, the members of Chicago were feeling drained as they came to record Chicago VIII at producer James William Guercio’s Caribou Ranch in Colorado in the summer of 1974. While the variety in styles explored on Chicago VIII were reminiscent of Chicago VI, this particular album had a more distinct rock feel, as exemplified on Peter Cetera’s “Anyway You Want” (later covered by Canadian singer Charity Brown) and “Hideaway”, as well as Terry Kath’s Hendrix tribute “Oh, Thank You Great Spirit” and James Pankow’s hit “Old Days” (#5). The ballad “Brand New Love Affair, Part I & II” charted at #61.

Preceded by Lamm’s nostalgic “Harry Truman” (#13) as lead single, Chicago VIII was held over for release until March 1975 as Chicago VII was still riding high in the charts. While it easily reached #1 in the US, the album had a lukewarm critical reception — still commonly considered, by some, as one of their weakest albums from the original lineup, resulting in the briefest chart stay of any Chicago album thus far. It was also the first album to feature session percussionist Laudir de Oliveira as a full-fledged band member rather than merely a sideman, the first addition to the original lineup.

Inside the original LP package was an iron-on t-shirt decal of the album cover and a poster of the band in a station wagon being pulled over by a policeman.

This album was mixed and released in both stereo and quadraphonic. In 2002, Chicago VIII was remastered and reissued by Rhino Records with two unreleased songs: “Sixth Sense” (an instrumental, or possibly a backing track) by Kath and “Bright Eyes” by Lamm, as well as a version of “Satin Doll” recorded for a Dick Clark’s “Rockin’ New Year’s Eve” special – all as bonus tracks. (by wikipedia) 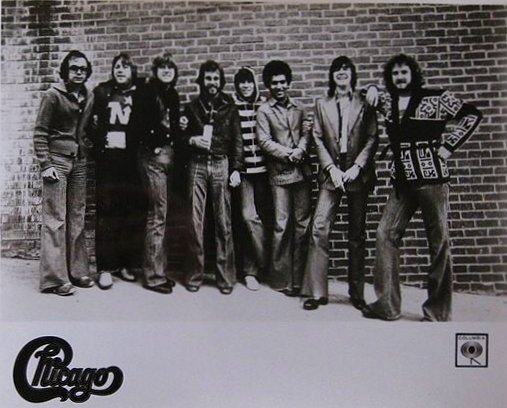 Road-weary and running low on steam, the members of Chicago began tinkering with their formula on the nostalgic Chicago VIII. Robert Lamm continued to loosen his grip on the songwriting, allowing Peter Cetera, Terry Kath, and James Pankow to pen the majority of the album. The enthusiasm and drive that the band had displayed on their previous efforts was audibly escaping them, best exemplified by the lazy drawl that Cetera affects on his otherwise rocking “Anyway You Want.” Finally, the jazz tinges continued to appear less and less, replaced by a brassy R&B approach that provides a more rigid structure for their tunes. But these factors don’t necessarily count against the band, as many songs have a lazy, late-afternoon feel that provides a few feel-good moments. Pankow’s “Brand New Love Affair — Part I & II” is a smooth, light rock ballad that Terry Kath wraps his soulful voice around, transforming it into a brooding lament on lost love. This track also begins to incorporate the multi-vocalist approach that would become the trademark of their ’80s work, as the second half of the song is sung by Cetera and Lamm as well. Kath’s “Oh, Thank You Great Spirit” is another winner, as his delicate vocals drift along on a sparse and psychedelic (for Chicago at least) sea of guitars. Pankow’s “Old Days” may be the only other notable track, a powerful rocker that showcases his tight compositional skills and provided the band with the only memorable hit song from the record. Lamm’s contributions are the least-commercial songs, as his arty and dynamic tracks are nostalgic entries that show him moving in an atypical direction lyrically and musically. Only his “Harry Truman” really connects, and the instrumental tributes to Depression-era jazz and the goofy singalong ending manage to render the song silly before it can really sink in. Although not terrible by any means, Chicago VIII is heavily burdened by their obvious desire to take a break. The band hits upon some wonderful ideas here, but they are simply too weary to follow them up, and the resulting album has none of the tight orchestration that reigns in their more ridiculous tendencies. (by Bradley Torreano)

Oh no, no … this is a pretty good album by Chicago … listen to “Oh, Thank You Great Spirit” or “Hideaway” and you´ll know, what I mean. 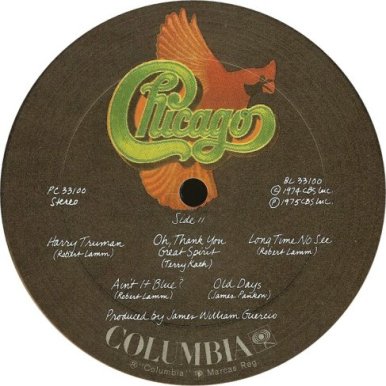 In 1998 Chicago released their 25th album, called “The Christmas Album”.

When Chicago first achieved national recognition in the late 1960s and early ’70s, it wasn’t hip for rock bands to make Christmas albums. Things changed, of course, but it took until 1998 for Chicago finally to fill this missing item in its catalog, at a time when the group seemed to have entered that phase of its career when it wanted to keep putting out records but didn’t want to risk releasing new material. (Chicago’s three previous releases had consisted of an album of big band standards and two greatest hits sets.) Whatever the circumstances, however, it was good to hear the Chicago style applied to seasonal standards. As ever, the group was a cooperative unit, with the three lead singers-Bill Champlin, Robert Lamm, and Jason Scheff-taking turns on the different songs, arranged by various band members and always allowing for generous contributions by the horn players Lee Loughnane, James Pankow, and Walt Parazaider. The songs were all seasonal favorites except for Loughnane and John Durrill’s “Child’s Prayer, ” featuring a choir dominated by the musicians’ children, which sounded so much like a Middle Ages English hymn that it fit right in. Highlights included a particularly moving vocal on “Have Yourself A Merry Little Christmas” by the gruff-voiced Champlin, a wonderful doubled flute passage by Parazaider on “O Come All Ye Faithful, ” and a rare lead vocal by Loughnane on “Let It Snow! Let It Snow! Let It Snow!” But the whole album, pristinely produced by E Street Band pianist Roy Bittan, was well performed. It sounded exactly like you would expect a Chicago Christmas album to sound, and if you liked the band and holiday music, you’d like the record, too.

And here ist a very rare live performance from Chicgo, to promote this album, recorded live at the House Of Blues, Los Angeles, CA, December 8, 1998 —  it´s a broadcast recording … so, we can hear the sound of Chicago in an excellent quality …

Enjoy this album … but I have to say …  the early incarnation of Chicago (Transit Authority) was much better ! 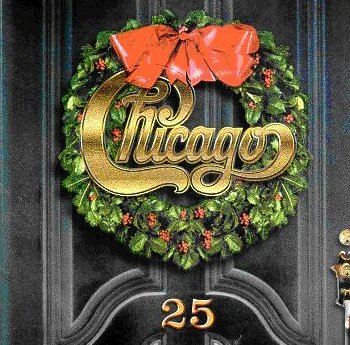 The Christmas studio album (coming soon in this blog)

Chicago is an American rock band formed in 1967 in Chicago, Illinois. The self-described “rock and roll band with horns” began as a politically charged, sometimes experimental, rock band and later moved to a predominantly softer sound, generating several hit ballads. The group had a steady stream of hits throughout the 1970s and 1980s. Second only to The Beach Boys in Billboard singles and albums chart success among American bands, Chicago is one of the longest-running and most successful rock groups, and one of the world’s best-selling groups of all time, having sold more than 100 million records.

According to Billboard, Chicago was the leading US singles charting group during the 1970s. They have sold over 40 million units in the US, with 23 gold, 18 platinum, and 8 multi-platinum albums. Over the course of their career they have had five number-one albums and 21 top-ten singles.

In 1972 the band released its first single-disc release, Chicago V, which reached number one on both the Billboard pop and jazz album charts. It features “Saturday in the Park”, which mixes everyday life and political yearning in a more subtle way. It peaked at No. 3 on the Billboard Hot 100 in early 1972. Chicago would long open their concerts with the hit song. Another Lamm-composed hit song therein was “Dialogue (Part I & II)”, which featured a musical “debate” between a political activist (sung by Kath) and a blasé college student (sung by Cetera).

Other albums and singles followed in each of the succeeding years. 1973’s Chicago VI was the first of several albums to include Brazilian jazz percussionist Laudir de Oliveira and saw Cetera emerge as the main lead singer. (by wikipedia)

And this is an excellent FM recording from this period of Chicago.. There were some artifacts introduced by various transfers over the years that needed to be removed or repaired. Amplifying the left channel to match the right enhanced the stereo separation. It also helped bring Terry’s guitar to the forefront, a huge bonus in my opinion.

Originally posted March 2006 by Abraxas2 and reseeded February 01, 2012 by TheCommish (many thanks!). Additional thanks to tinobek for the Dutch DJ translation which confirmed the date of the performance. (by squareofnone)

Thanks to squareofnone for the fixes and for sharing the show at Dime.

Thanks also to reinerarnold for the artwork.