Blues singer Shakura S’Aida (pronounced “Shack-oora Sigh-ee-da”) was born in Brooklyn and raised in Switzerland before settling in Toronto. She first began singing professionally with a Toronto band called Mystique, after which she worked with the world music band Kaleefah. Simultaneously, she pursued a legitimate stage career, appearing in Canadian productions of such shows as Ain’t Misbehavin’, and acted on television and in films. As a singer, she provided backup vocals for Patti LaBelle, performed in a Ray Charles tribute band, and appeared on albums by Bill King and Saturday Nite Fish Fry. Her own debut solo album, Blueprint, released by UMI on February 19, 2008, was a collection of blues songs of the 1940s and ‘50s. Two years later, the German label Ruf Records released her second album, Brown Sugar, which consisted largely of her own original compositions, co-written with her guitarist, Donna Grantis. (by William Ruhlmann)

Shakuras debut solo album signals a new beginning with some old music. She did songs that she felt gave her something to sing about. Songs that were once sung by Big Maybelle, Memphis Minnie, Big Mama Thornton and other phenomenal women of the time become Shakuras personal anthems. Recording with the best of Toronto talent gave Shakuras blues a new canvas to paint on. (Editorial Reviews, amazon)

We should remember her name … what a great voice ! 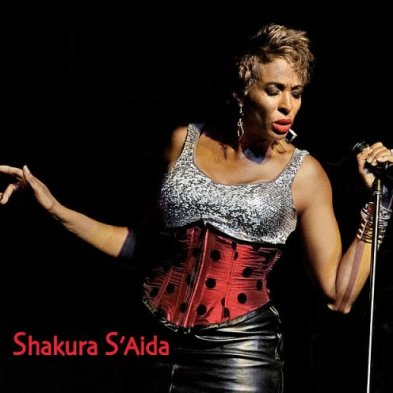