What a great idea, what a great recorded, created by two jazz  and one wonderful blues musician.

Bob Degen Jr (born January 24, 1944 in Scranton, Pennsylvania) is an American jazz pianist. Much of his work has been in the trio format.

Degen attended Berklee College of Music in the 1960s and played locally in Boston while there. He was influenced by jazz musician and multi-instrumentalist Art Kreinberg and played in a trio with Kreinberg and bassist Doug Smith in the early 1960s. In the mid-1960s he played in Europe with Dexter Gordon, Art Farmer, Carmell Jones, and Albert Mangelsdorff, and recorded an album as a leader in 1968. At the end of the decade he played with Paul Motian, as well as with Gary Peacock and Buddy DeFranco in the early 1970s.

In 1974 Degen moved to Germany, where he played often with Heinz Sauer. Since then, he has played with Makaya Ntshoko, the Frankfurter Jazz Ensemble, Adelhard Roidinger, Joki Freund, Leszek Zadlo, Günter Lenz, and Uli Beckerhoff. 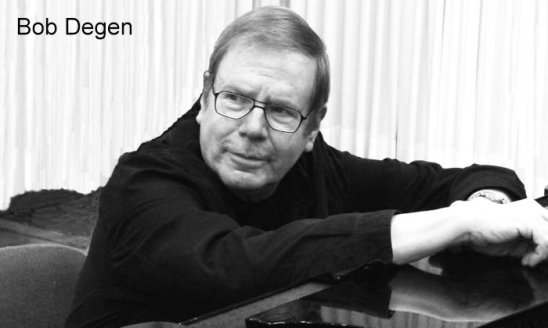 Sauer was an autodidact on tenor saxophone and began his career playing locally around Frankfurt in the 1950s. He played for many years in Albert Mangelsdorff’s ensemble, as well as the Jazzensemble des Hessischen Rundfunks and the German All Stars. He worked often with Bob Degen, and has also performed or recorded with musicians such as Ralf Hübner, Günter Lenz, Stefan Schmolck, and Manfred Schoof. In the 1990s he began experimenting with the use of electronic processing on his saxophones. In the 2000s he founded a trio with Christopher Dell (vibraphones) and Bertram Ritter (percussion). (by www.revolvy.com) 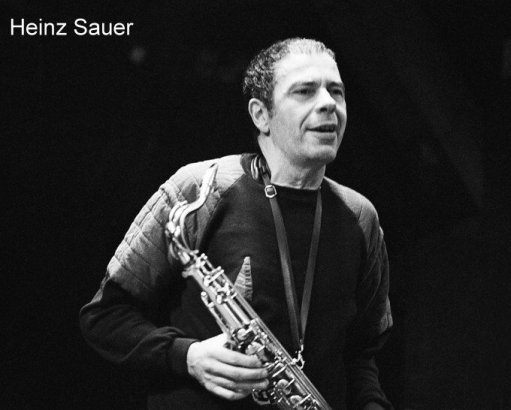 Carey Bell (November 14, 1936 – May 6, 2007) was an American blues musician who played harmonica in the Chicago blues style. Bell played harmonica and bass guitar for other blues musicians from the late 1950s to the early 1970s before embarking on a solo career. Besides his own albums, he recorded as an accompanist or duo artist with Earl Hooker, Robert Nighthawk, Lowell Fulson, Eddie Taylor, Louisiana Red and Jimmy Dawkins and was a frequent partner with his son, the guitarist Lurrie Bell. Blues Revue called Bell “one of Chicago’s finest harpists.” The Chicago Tribune said Bell was “a terrific talent in the tradition of Sonny Boy Williamson and Little Walter.”

Bell was born Carey Bell Harrington in Macon, Mississippi. As a child, he was intrigued by the music of Louis Jordan and wanted a saxophone in order to be like his hero Jordan. His family could not afford one, so he had to settle for a harmonica, colloquially known as a “Mississippi saxophone.” Soon Bell was attracted by the blues harmonica greats—DeFord Bailey, Big Walter Horton, Marion “Little Walter” Jacobs, Sonny Boy Williamson I and Sonny Boy Williamson II—and taught himself to play. By the time he was eight, he was proficient on the instrument. When he was thirteen, he joined the blues band of his godfather, the pianist Lovie Lee.

In 1969, Delmark Records in Chicago released Bell’s debut album, Carey Bell’s Blues Harp.[4] He played with Muddy Waters in late 1970 and 1971 and later with Willie Dixon’s Chicago Blues All-Stars.[4] In 1972, Bell teamed up with Big Walter in the studio and recorded Big Walter Horton with Carey Bell for Alligator Records. A year later Bell released a solo project, Last Night, for ABC Bluesway. He continued to play with Dixon and with his own groups. In 1978, he was featured on the Grammy-nominated album Living Chicago Blues, released by Alligator. Also in the 1970s, he contributed to two recordings by the Bob Riedy Blues Band.

During the 1980s Bell continued to record for various labels and to tour. In 1990, he teamed up with fellow harpists Junior Wells, James Cotton and Billy Branch to record Harp Attack!, which became a modern blues classic and one of Alligator’s best-selling albums.

Despite years in the business and work with Alligator, Bell’s first full-length solo album for the label, Deep Down, was not released until 1995. He released a second album, Good Luck Man, for the label in 1997. Second Nature followed in 2004 (recorded in Finland a few years earlier), in which he was accompanied by his son, the guitarist Lurrie Bell (who also played guitar, along with Carl Weathersby, on Deep Down).

In 1998, Bell was awarded the Blues Music Award for Traditional Male Artist of the Year.
Final work

And you will get lucks … listening to this rare album ! It´s another treasure …. a very unique, unusual mix between Jazz and Blues, produced by the great Horst Lippmann

Sometimes I can´t find the right words to describe the enormous power of music … sorry ! 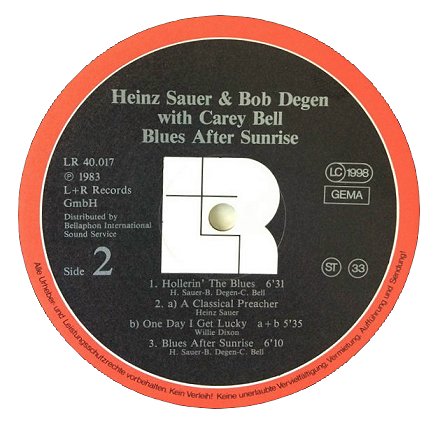