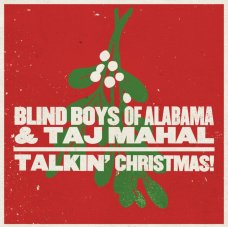 Although this wonderful Christmas set is billed as a joint project between Taj Mahal and the Blind Boys of Alabama, and Taj does play guitar, banjo, ukulele, and harmonica here and sings on a couple of tracks (“What Can I Do?” and “There’s a Reason We Call It Christmas”), it’s really a Blind Boys holiday album, which is hardly a bad thing. It isn’t a blend of blues and gospel, either, as some of the promotional material suggests. It’s a seasonally bright and sincere mix of gospel and lightly swinging R&B, which is exactly what the Blind Boys have been doing so well for so many years. Four of the tracks are originals, and they fit nicely with covers of traditional Christmas songs and hymns like the opener “Do You Hear What I Hear?,” speeded up and done with a graceful dash of funk, and the lovely, delicate and halting acoustic version of “Silent Night.” The original “Who Will Remember?,” a gentle gospel waltz, is another highlight. All of it is delivered in signature Blind Boys style, making this one of the season’s nicest releases. (Steve Leggett) 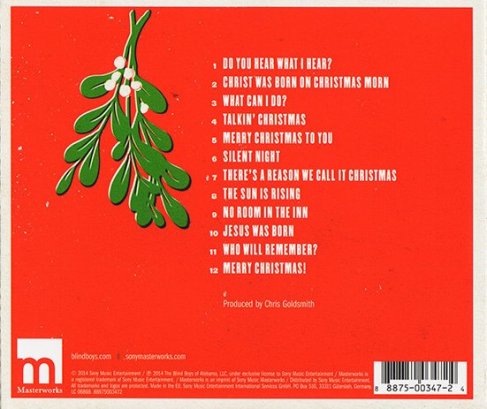 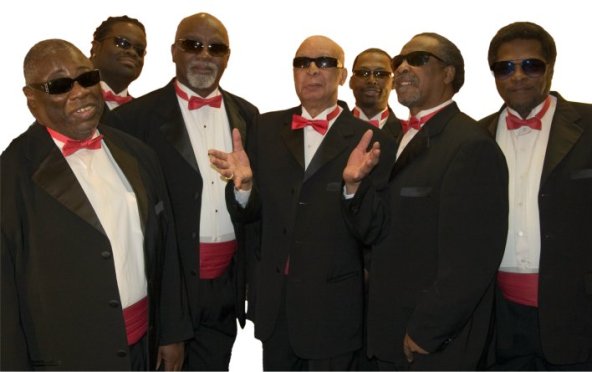 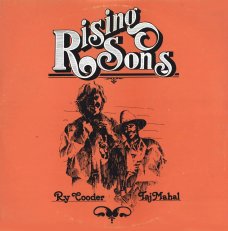 Rising Sons was a Los Angeles, California-based band founded in 1964. Their initial career was short-lived, but the group found retrospective fame for launching the careers of singer Taj Mahal and guitarist Ry Cooder.

The group often played at the Los Angeles clubs The Troubadour and The Ash Grove (which burned down in 1973 and was not rebuilt). They were signed by Columbia Records. Their only album, produced by Terry Melcher, was not issued at the time. One single, “Candy Man” backed with “The Devil’s Got My Woman”, was released. The group disbanded in 1966. They were contemporaries of the famous Los Angeles band the Byrds; fans wondered which band would be the bigger success, until the Byrds’ album Mr. Tambourine Man became a hit.

Recordings by Rising Sons were widely bootlegged and nearly three decades later were released by Columbia Records under the title Rising Sons Featuring Taj Mahal and Ry Cooder (1992). “We were the problem,” remembered Marker later. “We had difficulties distilling our multiple musical agendas down to a product that would sell. We had no actual leader, no clear musical vision…. I think [Melcher] went out of his way to make us happy – within the scope of his knowledge. He tried just about everything he could, including the live, acoustic session that produced ‘2:10 Train.'” 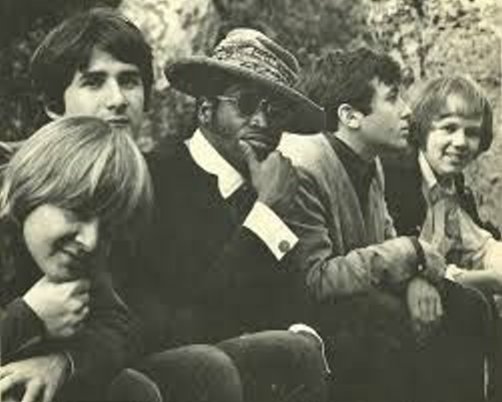 Mahal went on to become a prominent solo blues and folk performer. Cooder and Marker played with Captain Beefheart’s Magic Band. Cooder went on to become a prominent session musician, recorded numerous albums under his own name, and scored several soundtracks. Kincaid attended California Institute of the Arts on a classical guitar scholarship and left the United States for six years in Europe. His music album, Brief Moments Full Measure, and his book, Ibiza Chronicles, were released in 2014. He currently resides in Mill Valley, California. Cassidy founded the band Spirit. Kelley became a member of his cousin Chris Hillman’s band the Byrds in 1968, playing on their seminal album Sweetheart of the Rodeo.

Marker retired from the music industry but maintained an active interest (especially in Beefheart-related matters) until he died of a stroke, on December 8, 2015, at the age of 72 (by wikipedia)

Their lone single and unreleased album form the core of this 22-track reissue, which features imaginative rearrangements of standards like “Corrine, Corrina,” an obscure Dylan cover (“Walkin’ Down the Line”), rocking originals, a confident performance of Goffin/King’s “Take a Giant Step” (later Mahal’s signature tune), and nifty guitar interplay between Mahal and Cooder throughout. Overall, it sounds a lot more like it belongs in 1967-1968 than 1965-1966. This archival release has value above and beyond historical interest. by Richie Unterberger)

For Midnight Flyer, 1980 dawned bright. They recorded their superb self-titled debut album and then embarked on a European tour, opening for Bob Seger. Even the departure of keyboardist John Cook after the band left the studio hadn’t slowed Midnight Flyer down. Chris Parren, the perfect replacement, was swiftly enlisted and took to the stage. As 1981 began, Flyer flew back to Europe to support AC/DC, and their album arrived in February while the band bounded back and forth across the Channel, now headlining their own shows. In the autumn, they reunited with the down under bad boys, opening for their U.S. tour. However, the highlight of the busy year came in mid-summer, as Flyer climbed onto the Montreux festival stage and ripped through one of the best shows of their all-too-brief career. Live Montreux July 1981 features the bulk of their show that day, as the band rips through its set, then is joined for two numbers by blues legend Taj Mahal and by the Telecaster master Albert Collins for a further pair. 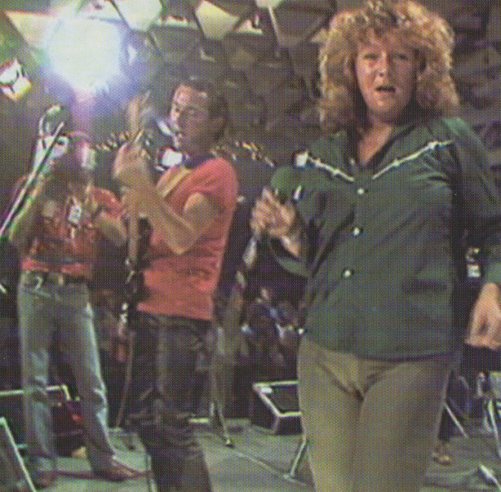 The album kicks off with a rampaging “Hey Boy,” one of five songs from their studio album the band performed, the highlight arguably being their glorious take on “Rough Trade.” Parren is on fire throughout the show, one-upping Ant Glynne at every conceivably turn, with the good-natured guitarist tossing flaming licks and riffs straight back at the keyboardist. The pair’s dueling was a show in itself, anchored by Dave Dowle and Tony Stevens’ solid rhythms, but Maggie Bell wasn’t giving up the spotlight without a fight, demanding and getting the audience’s nearly undivided attention with a performance determined to bring down the house — which it did. By the time the band swung into an electrifying take of “Penicillin Blues,” a song Bell had been covering since her Stone the Crows days, the crowd was on its feet and shouting along. Taj Mahal joins Bell for showstopping versions of “Bring It on Home to Me” and “Chain Gang,” with the album ending with a smoldering “Stormy Monday Blues,” the bandmembers almost awestruck by Collins’ stunning guitar skills, but quickly regaining their composure. It was a phenomenal show, the sound quality exceptional, and the band at its very, very best. Unforgettable. (by Jo-Ann Greene) 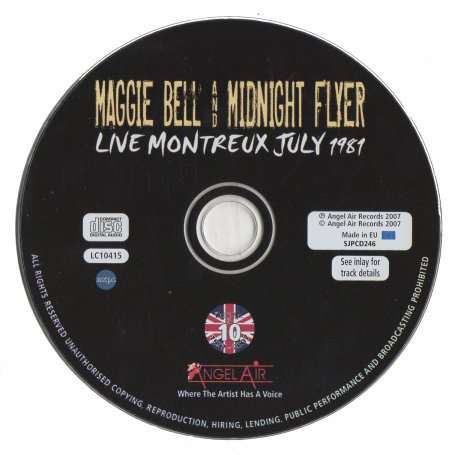 Taj Mahal in his own words:

“Here are a number of acoustic selections I am sure you will enjoy coming from my 1993 tour. Surprise is that Howard Johnson shows up to play tuba and penny whistle!

Over the years of touring and recording, special gems, and magic nights happen. These recordings capture one such night. Here are a number of acoustic selections I am sure you will enjoy coming from my 1993 European Tour.”

If you’ve ever caught Taj live solo, this recording, cut during an appearance in Germany, is what you’ve been waiting for. His sublime performances of “Satisfied and Tickled Too” and “Candy Man” are out of this world. While the inclusion of tuba on a few tracks does prove somewhat annoying, for the most part this is an excellent example of what makes Taj a treasure. (by Tim Sheridan) 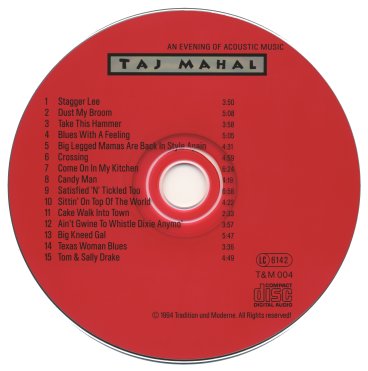