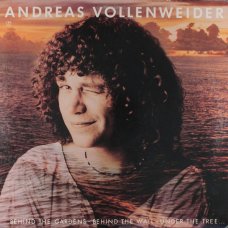 Behind the Gardens is a studio album by New Age artist Andreas Vollenweider, released in 1981. It is almost entirely instrumental, and centers on Vollenweider on harp.

While not literally Vollenweider’s first album, Behind the Gardens is widely regarded as such because it was his breakthrough album, gaining him wide recognition. The earlier and more obscure Eine Art Suite in XIII Teilen (A sort of Suite in 13 Parts), 1979, remains available chiefly online, while Behind the Gardens can still be readily found in music stores worldwide.

The contemplative and moving second track, “Pyramid,” is a favorite of fans and has become a concert staple, always garnering applause when the first harp notes are played.

While the album originally stood on its own, in 1990 it and the two following albums (Caverna Magica and White Winds) were re-released as a two-CD set entitled “Trilogy,” suggesting they collectively constituted a single musical entity.

The full titles of the first two albums lend credence to the suggestion that the three albums are thematically connected. The full title of the first album is “Behind the Gardens-Behind the Wall-Under the Tree…” The ellipsis at the end suggests a continuation. The full title of the next album is “Caverna Magica (…Under the Tree – In the Cave…)” The first ellipsis, followed by the repetition of “Under the Tree” from the first album title, clearly indicates a continuation. The second ellipsis suggests another continuation, which would turn out to be “White Winds (Seeker’s Journey).” The last track on the White Winds album is entitled “Trilogy (At The White Magic Gardens) & The White Winds”.

The title of the first album “is like giving someone directions: “You will find us behind The Garden, behind The Wall, under The Tree…”, Vollenweider is quoted as saying on his official web site.

The title of the second album apparently indicates a continuation of those directions: Under the tree you’ll find a magic cavern. This magic cavern could be a metaphor for the recording site. This is borne out by the rest of the Vollenweider quote: “Recording this album we worked completely cut off from the world, in the cellars of the Sinus Studios in Bern (capital of Vollenweider’s native Switzerland), which are more than 300 years old. In the shelter of this creative “womb”, it was easy to lose track of time and space.” (by wikipedia) 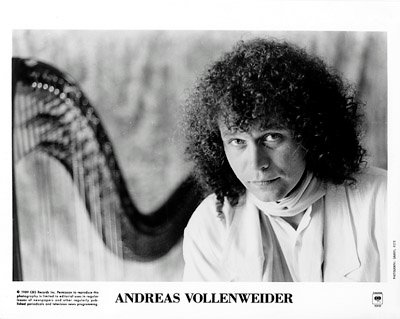 His instrument enables him to counteract the meditative properties of the harp with a strong rhythmic pulse. The results are very low-frequency bass tones in the harp, coupled with an almost orchestral sense of harmony. This very popular album is upbeat, centering and a real delight.(allmusic) 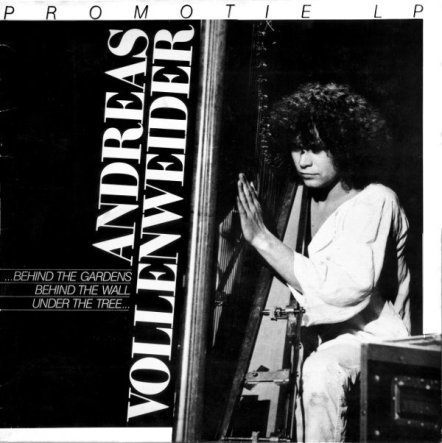 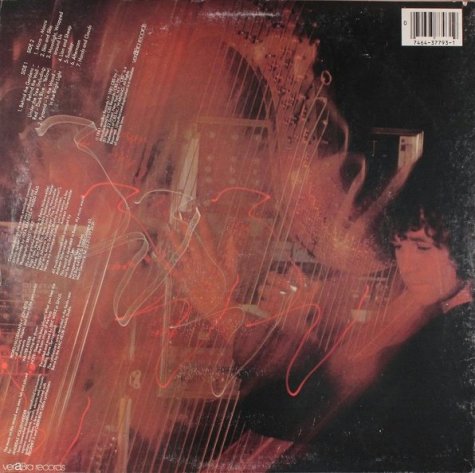 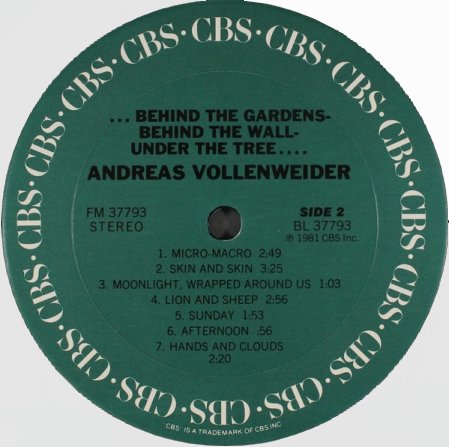