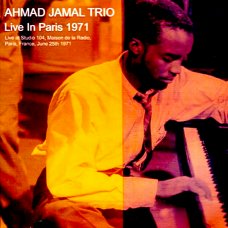 For five decades, American pianist, composer, bandleader, and educator Ahmad Jamal has been one of the most successful small-group leaders in jazz. In 1958, he released the live album, At the Pershing: But Not for Me, which stayed on the Ten Best-selling charts for 108 weeks. Ahmad’s recording of the well known song “Poinciana” was first released on this album. Clint Eastwood featured two recordings from Ahmad’s But Not For Me album – “Music, Music, Music” and “Poinciana” – in the 1995 movie The Bridges of Madison County. Ahmad is the main mentor of jazz piano virtuosa Hiromi Uehara. On June 25, 2019, The New York Times Magazine listed Ahmad Jamal among hundreds of artists whose material was reportedly destroyed in the 2008 Universal fire. (by wikipedia)

Joining him is Jamil Suliemann on bass and Frank Gant on drums in this 1971 Radio France studio concert, rebroadcast in 2014 by France Musique. One of the most eloquent practitioners of America’s Classical Music – which Jamal considers Jazz to be and a sentiment I agree 1000% with, Ahmad Jamal continues at 86, performing, recording and spreading the message throughout the world. And this 1971 concert gives some indication just how strong and luxuriant that message has always been.

If you’re just getting into Jazz, discovering bits and pieces here and there, either on your own or via samples, since Jazz has been a base-coat of sounds in contemporary Hip-Hop/Trip-Hop/Trance over the years; here’s the real deal – where some of it came from. With the vast spectrum of music out there, being a sponge soaking everything up is practically a requirement – and not being familiar with the work of Ahmad Jamal really deprives you of a great experience.

Check out this concert and go exploring – all you need are ears and an open mind. (pastdaily.com) 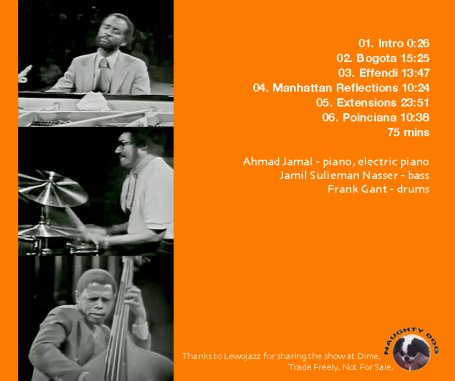 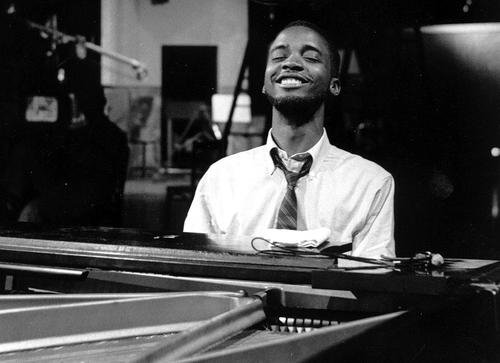 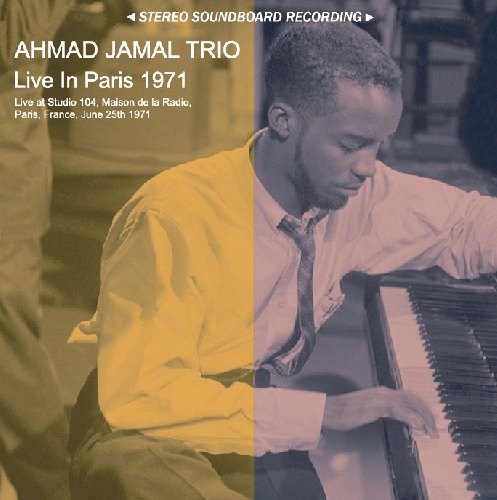