During the 1960s she was a vocalist of the group named Zlatni Akordi. Her first solo album, Dnevnik jedne ljubavi (The Diary of a Love), recorded in 1973, was a huge success and is until today one of the most legendary albums in Croatia. Journalist and producer Peca Popović noted that The Diary of a Love was also fourth rock record and first female record released in Yugoslavia.

Gubec-Beg was a first Croatian rock opera where Josipa had a demanding role of Jana. Opera premiered in 1975, and aria “Ave Maria” was a standout that Josipa still today performs in concerts. It was created by Karlo Metikoš, Ivica Krajač and Miljenko Prohaska. [1] The show was performed around Yugoslavia, Budapest, Trieste, Rome, and Saint Petersburg. It was seen approximately by a million people. [3] The same year she recorded a jazz album in a collaboration with Ernie Wilkins, Clark Terry, Albert Mangelsdorff, Johnny Basso, producers were: Boško Petrović and Karlo Metikoš. 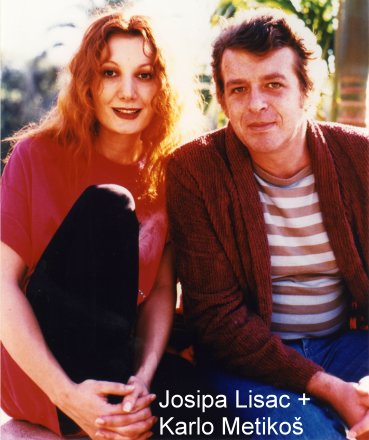 During 1987 Josipa Lisac entered preselection venue Jugovizija with hope to represent Yugoslavia in Eurovision Song Contest 1987, she sang her hit Gdje Dunav ljubi nebo (Where Danube Kisses the Sky) and had finished on 9th place out of 24 compositions, soon after releasing her album Boginja (Goddess) she became an acclaimed pop artist throughout Yugoslavia.

She had a lot of big rock hits, but she also sang Bosnian sevdalinka songs (Omer beže) and Croatian Christmas songs.

Beside being a top act of the Croatian popular music, she was also highly acclaimed in the former Yugoslav rock scene. She is known for her strong voice – she describes it as contralto by definition and unique sense of fashion. 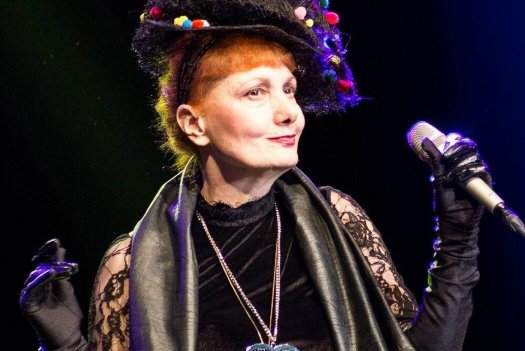 She was in a relationship with Croatian musician, Karlo Metikoš. (He also performed under the pseudonym Matt Collins), who she met in 1971. He died in 1991. Together they have collaborated on 13 LPs. (by wikipedia)

And here´s an album she recorded together with the B. P. Convention Big Band (featuring international musicians like Albert Mangelsdorff, Art Farmer and Ernie Wilkins amongst others)

And this is a hell of an album:

Lisac was one of the most popular singers in Yugoslavia thanks to this remarkable debut, which remains a much cherished album to many. It is frequently cited as being one of the greatest ever created by a Croatian artist and its songs are played frequently on Croatian radio and even by some club DJs in the UK. Lisac however refused to follow the formula of this breakthrough success and has since experimented with many different musical styles, incorporating rock, jazz, funk and avant-garde elements into her music as well as having also sung Bosnian sevdalinka folk music.  Lisac remains one of Croatia’s most interesting and diverse musicians, instantly recognisable due to her strong, distinct voice and her fashion sense, which can sometimes be as boundary pushing as her music. (by Time Out)

… what a voice ! It´s high time to discover Josipa Lisac … and for all the German readers of this blog: If you like Inga Rumpf (“Son Of A Preacher Man”), then it´s a must to hear this record !

And: more from Josipa Lisac will come ! 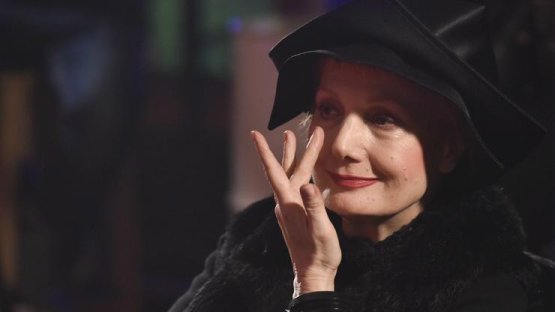