During the Sixties, “underground music” became very popuilar all over the world.

So many record companies decided to release sampler to push this exciting sound.

That’s Underground, The Rock Machine Turns You On (original 1968 CBS pressing), is one of the most treasured records not only for featuring some big names of the era but because of its spectacular psychedelic splatter multicoloured vinyl. Made before they became fashionable and they hardly get more coloured than this.

The West German album has on the rear sleeve the familiar words “The Rock Machine Turns You On” (not the same compilation as the UK, Dutch and French albums The Rock Machine Turns You On above). The West German records are on distinctive “psychedelic” multicoloured vinyl, but both records shown have orange CBS labels. The rear sleeve shows pictures of other contemporary CBS releases.

This album was for many people a very important album:

“This must have been the first colored vinyl I saw in my life. Not only the splashing colors blew my mind, but also the music heard on this album must have blown the brains out of the 16 year old boy I was then. Still love each and every track on this album.” (Leonard)

“Blown my mind just looking at it. It sure is one hell of a production, the vinyl and song selection all look great. I couldn’t believe I hadn’t seen or heard of this before but then looked it up and found it was only issued in Germany, Italy and South Africa. Surely, it deserved a much wider release and I can see why it would have been a totally mind-bending experience to a youngster in the 60’s. 50 years on and it’s freaking me out right now.” (Lee Wrecker)

This LP was  reissued of released in Germany by Repertoire in 2005 under licence from Sony BMG Music Entertainment (Germany) GmbH. It dates the original release as 1970 (!) …

I´m sure, that this compilation was for many, many people a very important part of their life … you can call it … a soundrack of their youth … 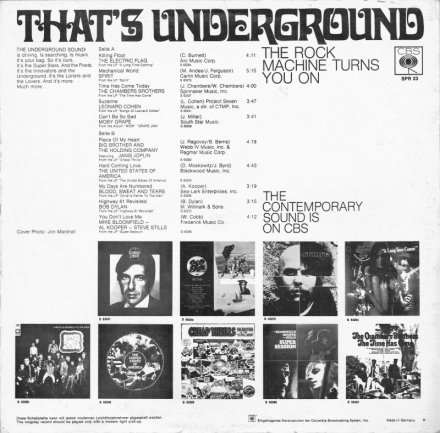 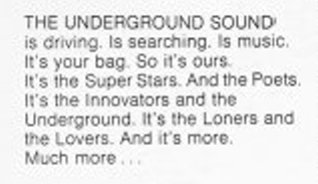 I got this sampler from Mr. Sleeve … thank you very much !!! 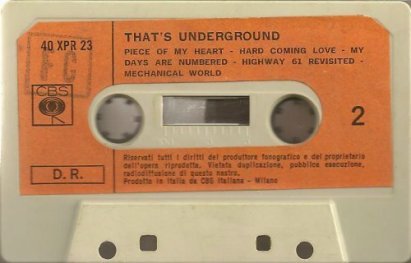