This is a great sampler from Mexico !

The Rolling Stones have become the reincarnation of rock itself, being the representation, both musically and in terms of image and behavior, what rock & roll represents. In The Many Faces Of The Rolling Stones, we will highlight their side-projects, their roots, their favorite songs and even a brand new song, which becomes and event in itself, for all the Stones’ fans around the world. The idea sounds wonderful right?. Well, The Many Faces Of The Rolling Stones will meet the expectations of even the most demanding Stones fan. We have a lost recording by Leslie West (Mountain’s guitarist) with Mick Jagger playing guitar, a duet by Keith Richards with Ian McLagan (Faces’ keyboardist), and also the hard-to-find single versions of Bill Wyman’s solo hits.

Also we have Mick Jagger and Keith Richards all time favorite songs (handpicked by themselves), and an extremely rare track titled Catch As Catch Can, that was released only in a limited edition in France as a 7″ and never previously available on CD single, by musician and producer Robin Millar (Eric Clapton, Peter Gabriel, Sade) recorded in 1973 along with Mick Taylor, Bobby Keys and Mick Jagger!!!.

Finally, we have the originals versions of the best songs the Stones covered during his long and illustrious career. This is a marvelous project that with remastered sound, beautiful cover art extended liner notes is an essential addition to your collection. (promo text)

Yes, yes, yes … a real great and intersting Project … Listen and discover the many faces of The Rolling Stones ! 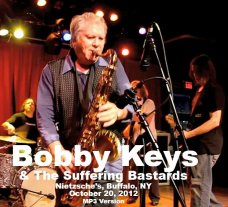 The Suffering Bastards are no run of the mill band… With Dan Baird, guitarist/founder of the Georgia Satellites and Brad Pemberton from Ryan Adams & The Cardinals on drums along with Robert Kearns (Lynyrd Skynyrd), Poco keyboardist Michael Webb and guitarist Chark Von Kinsolving, this is not just your average touring band but a group of pros, backing a man they know is responsible for some of the most revered sax lines in rock history.

Thanks to bigdaddybflo who recorded the show; and to Drgiggles1 for sharing the tracks at The Traders’ Den.

Bobby Keys & The Suffering Bastards at the Thornbury Theatre in Melbourne/Australia, March 26, 2014

This is the first and last solo album by sax-player Bobby Keys:

All-instrumental soul/funkrock/brassrock is what you get here. The horns dominate of course (with the focus being on Keys tenor sax soloing), but there are a lot of great chops from all the players. The songs get to where they all sound pretty similar though, so lack of variation has to be a strike against this. Very simplistic horn lines could be another issue if you are really into super involved and complex arrangements. Still, the playing is very enthusiastic, inspired, and downright powerful at times, so that alone makes this worth checking out (by music emporium) 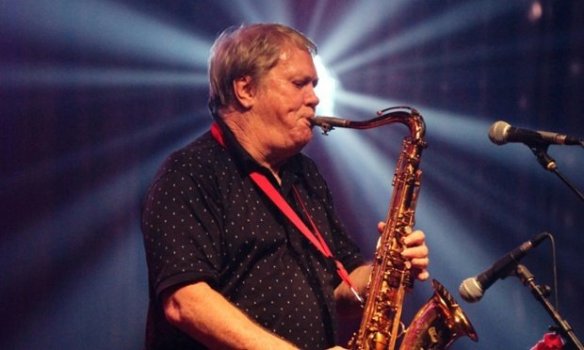 The sax player had played with Buddy Holly, John Lennon and Eric Clapton during his 55 year career in rock’n’roll

Bobby Keys, who played saxophone with the Rolling Stones among others, has died aged 70.

The musician had been a fixture on the rock’n’roll scene since the age of 15, playing with the likes of Buddy Holly, John Lennon and Eric Clapton over the course of his career. His most famous work was for the Stones with whom his distinctive sax playing helped propel classic tracks such as Brown Sugar, along with much of their most acclaimed album Exile On Main Street.

“The Rolling Stones are devastated by the loss of their very dear friend and legendary saxophone player, Bobby Keys,” the band said in a statement. “Bobby made a unique musical contribution to the band since the 1960’s. He will be greatly missed.” 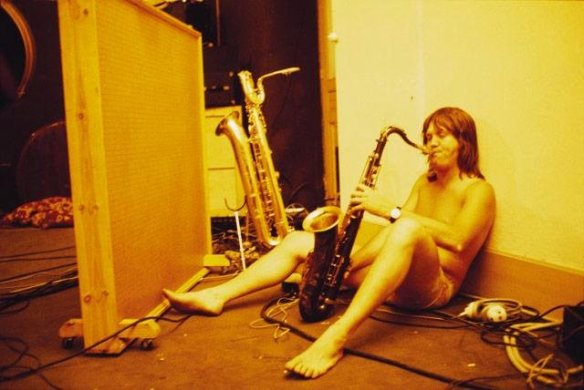 Keith Richards said: “I have lost the largest pal in the world and I can’t express the sense of sadness I feel although Bobby would tell me to cheer up. My condolences to all that knew him and his love of music.”

Keys was born on the same day as Richards, and the pair struck up a lifelong friendship, with Richards giving over pages of his autobiography Life for Keys to tell the band’s story from his perspective. In that book, he describes the saxophonist as “my closest pal. A soul of rock and roll, a solid man, also a depraved maniac.”

Keys played during the band’s Glastonbury headline slot in 2013, although in October he was forced to pull out of dates in New Zealand and Australia citing poor health.

Even after such a lengthy career, Keys’s love of rock’n’roll remained undimmed. In an interview with The West Australian, shortly before pulling out of the tour, he said: “It doesn’t matter how many times I’ve played Brown Sugar, I never get tired of playing it.”