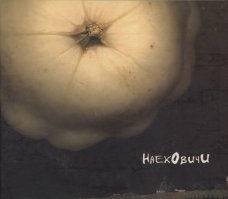 Nayekhovichi is a klezmer band from Russia formed in 2004. It was named after Vanya Zhuk’s (band leader) grandfather Simon Noakhovich.

The classic release of 2005 comes with a bonus-track! Nostalgic electric guitar, screaming clarinet – the groundbreaking klezmer record that gained praise of the leading masters of this international genre.

I came across Nayekhovichi totally by chance, playing in Krakow’s main square in summer 2006. They were like the ultimate buskers; stunning a growing crowd with their unique take on traditional klezmer music, while the lead singer sang through a loud hailer. I bought the CD there and then, and spent the rest of the trip wondering if it had been the best or worst 10 euros ever spent. As it turns out my judgement was sound; these guys totally rock, whether it’s playing their own music, or their own take on Paint It Black.(by Tom)

“Taganrog`s a nice song but it didn`t impress me on a record. You sing live better.” (Michael Alpert of Brave Old World)

“What you showed me isn`t bad for a backing track. Now you should make music out of it, maybe add violin… What?! It`s the final product?!” (Josh Dolgin)

“When I was listening for the third time, the sound didn`t annoy so much. You just get used to it” (Jeka Lizin of Dobranotch)

(*) This is of course the classic Jagger/Richards composition !

This another item of the great Mr. Sleeve collection … Thank you very much !