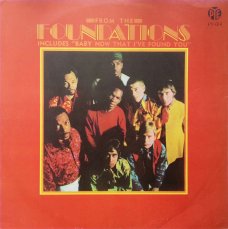 The Foundations were a British soul band, active from 1967 to 1970. The group, made up of West Indians, White British, and a Sri Lankan, are best known for their two biggest hits, “Baby Now That I’ve Found You” (a Number One hit in the UK Singles Chart and Canada, and subsequently Top 10 in the US), written by Tony Macaulay and John MacLeod; and “Build Me Up Buttercup” (a number 3 on the Billboard Hot 100 and number 1 in Canada), co-written by Macaulay with Mike d’Abo, at the time the lead vocalist with Manfred Mann. The group was the first multi-racial group to have a number 1 hit in the UK in the 1960s.

The Foundations are notable for being one of the few label acts to successfully imitate what became known as the Motown Sound. In terms of line-up and musical style, they anticipated the sound of the more successful Hot Chocolate. They were in a similar musical vein as Love Affair, who also topped the UK charts in 1968 with their version of Robert Knight’s “Everlasting Love”. The Foundations signed to Pye, at the time one of only four big UK record companies (the others being EMI with its HMV, Columbia Records, and Parlophone labels; Decca; and Philips who also owned Fontana)

The Foundations drew much interest and intrigue due to the size and structure of the group. Not only was there a diverse ethnic mix in the group, but there was also diversity in ages and musical backgrounds. The oldest member of the group was Mike Elliott, who was 38 years old. The youngest was Tim Harris, who, at 18, was barely out of school. The West Indian horn section, which consisted of Jamaican-born Mike Elliott and Pat Burke, both saxophonists and Dominican-born Eric Allandale on trombone. They were all highly experienced musicians who came from professional jazz and rock-and-roll backgrounds. Mike Elliott had played in various jazz and rock and roll bands including Tubby Hayes and Ronnie Scott, the Cabin Boys (led by Tommy Steele’s brother, Colin Hicks), and others. Pat Burke, a professional musician, was from the London Music Conservatorium. Eric Allandale had led his own band at one stage as well as having played with Edmundo Ros and being a former member of the Terry Lightfoot and Alex Welsh bands. Alan Warner was the guitarist. Bassist Peter Macbeth was a former teacher. Tony Gomez, the keyboard player, was a former clerk, while Clem Curtis had been an interior decorator and professional boxer. 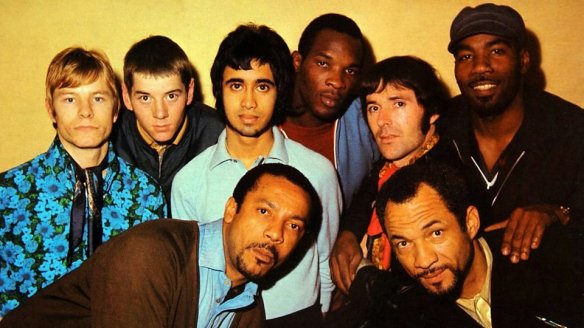 The story of the origins of the Foundations can be somewhat surprising and a bit confusing as to who was responsible for choosing the band’s name, and various sources give slightly different accounts of their beginnings. One version is that they were originally called The Ramong Sound, or The Ramongs, and there were two lead singers, Clem Curtis and Raymond Morrison aka Ramong Morrison. When Raymond was imprisoned for six months a friend of the band suggested Psychedelic shock rocker Arthur Brown.

The Foundations actually did come together in Bayswater, London in January 1967. They practiced and played in a basement club called the Butterfly Club, which they ran.[8] While managing the club themselves, they played music nightly, and handled the cooking and cleaning. They would get to bed around 6 or 7 a.m., sleep until 4 p.m., get up and begin again to get ready to open at 8 p.m. Sometimes they barely made enough money to pay the rent, let alone feed themselves. At times, they lived off the leftovers and a couple of pounds of rice.

When they were at the top spot with “Baby, Now That I’ve Found You”, Fairway commented to Melody Maker that most management would pull them out of the “bargain priced dates” that were booked for some time. He expressed gratitude to everyone for their support, and said that they would fulfill every engagement for which they had signed.[3]

Not long after “Baby, Now That I’ve Found You” became a hit, rock historian Roger Dopson describes what followed as a “behind the scenes struggle”,[3] where Fairway was “pushed out” and his partner, Barry Class, remained as sole manager of the group. Fairway later attempted to sue the band, alleging that he was wrongfully dismissed, though the band said that he had resigned of his own accord. Dopson also noted that Fairway also leaked a story to the media saying that the Foundations had broken up which only served to keep the Foundations name in the news headlines. The day Macaulay came to hear them play, he was suffering from what he described as the worst hangover of his life. The band was playing so loud he could not judge how good they were, but he decided to give them a chance. He would later comment in the book, 1000 UK #1 Hits by Jon Kutner and Spencer Leigh, that he woke up that morning with a stinking headache, and when he got to the studio and heard The Foundations, he thought they were pretty terrible. He decided his hangover was to blame, and so he gave them the benefit of the doubt.

At first they found progress quite slow, and one of their sax players, Pat Burke, had to drop out of the band and take another job while they went through a rough patch. He did rejoin them again later in 1967. 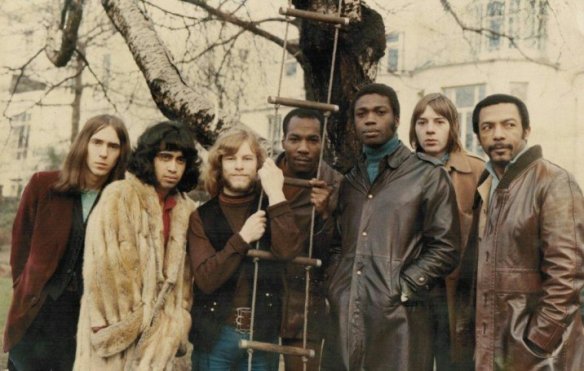 Curtis doubted if this group called The Toys was the original Toys let alone American. They were noticed by Brian Epstein who added them to the roster of his NEMS Agency but the contract became void when he died.

When “Baby Now That I’ve Found You” was first released it went nowhere. Luckily the BBC’s newly founded BBC Radio 1 were looking to avoid any records being played by the pirate radio stations and they looked back at some recent releases that the pirate stations had missed. “Baby, Now That I’ve Found You” was one of them. The single then took off and by November was number one in the UK Singles Chart. This was the ideal time because of the soul boom that was happening in England since 1965 and with American R&B stars visiting the UK, interest and intrigue in The Foundations was generated. Their second single released in January 1968, “Back On My Feet Again”, did not do as well but made it to #18 in the UK, and #29 in Canada. Also in January 1968 they were invited to put down some tracks for John Peel’s radio show. One of the tracks that they laid down was a cover of ? and the Mysterians garage classic 96 Tears. On the same day PP Arnold was in the studio with Dusty Springfield and Madeline Bell as her backing vocalists.

The Foundations did tour the United States after their first hit and they toured 32 states with Big Brother And The Holding Company, Maxine Brown, Tim Buckley, Solomon Burke, The Byrds, The Crazy World Of Arthur Brown and The Fifth Dimension. 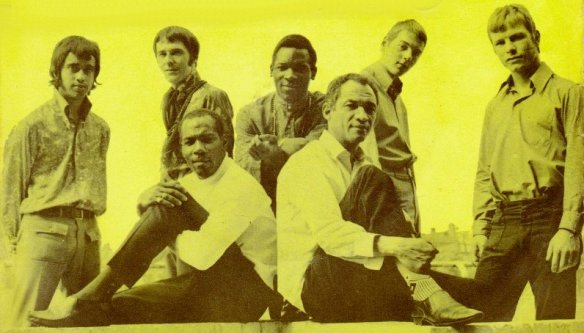 Around this time after the release of their second single, there were tensions developing between the band and their songwriter/producer, Tony Macaulay. He would not allow them to record any of their own songs. In an interview, the band’s organ player, Tony Gomez, told NME Magazine in an interview that he, Peter MacBeth, and Eric Allandale had some ideas that they wanted to put together. Curtis later recalled that Macaulay was a problem. “Tony Macaulay was very talented, but could be difficult to get on with. When we asked to record some of our own material – just as B sides, we weren’t after the A side – he called us ‘ungrateful’ and stormed out of the studio.” The group felt that Macaulay had reined in their “real” sound, making them seem more pop-oriented than they were. Tony Macaulay was later to recall, “I was never close to The Foundations. I couldn’t stand them, and they hated me! But the body of work we recorded was excellent.” (by wikipedia)

And this is their debut album, maybe te best “British soul albums” ever recorded ! 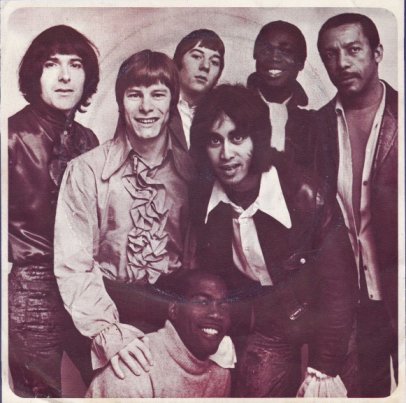 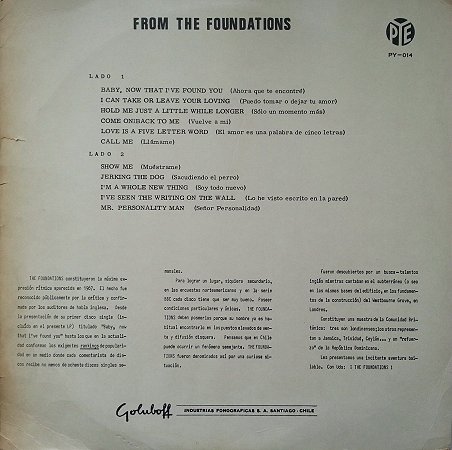 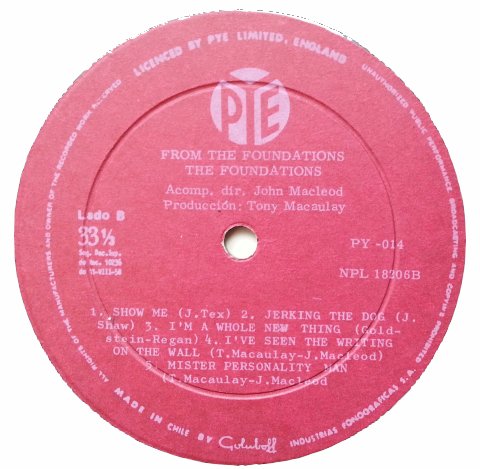