Mark Nauseef (born June 11, 1953), in Cortland, New York, is a drummer and percussionist who has enjoyed a varied career, ranging from rock music during the 1970s with his time as a member of the Ian Gillan Band and, temporarily, Thin Lizzy, to a wide range of musical styles in more recent times, playing with many notable musicians from all over the world.

During the 1980s, Nauseef moved away from rock music towards a wide range of styles, including Javanese and Balinese gamelan, as well as music of Indian and Ghanaian origin. He has released several solo albums and worked with many other musicians in an array of different projects.

Nauseef attended the California Institute of the Arts where he studied Javanese Gamelan with K.R.T. Wasitodiningrat, Balinese Gamelan with I Nyoman Wenten, North Indian Pakhawaj drumming with Pandit Taranath Rao, North Indian music theory with Pandit Amiya Dasgupta, Ghanaian drumming and dance with Kobla and Alfred Ladzekpo, Dzidzorgbe Lawluvi and C.K. Ganyo, and 20th Century Western percussion techniques and hand drumming with John Bergamo. He also studied frame drum techniques of the Middle East, India and the Caucasus with Glen Velez. It was also at CalArts that Nauseef began a very creative and productive relationship, which continues to this day, with musical “alter ego”, guitarist Miroslav Tadic. Together, they have composed, recorded and produced a wide range of music in situations from duo to large ensembles with musicians from around the world.

Nauseef has also worked as a producer. In addition to his own recordings, he has produced many records of various types of music including modern experimental forms as well as traditional forms. Traditional music productions include numerous recordings of traditional Balinese and Javanese music such as the acclaimed and award-winning “The Music of K.R.T. Wasitodiningrat” which was recorded in Java and features Wasitodiningrat’s compositions. Other examples include the Balinese ensemble recordings “Gamelan Batel Wayang Ramayana” and “Gender Wayang Pemarwan” which were recorded in Bali. These recordings and many others of Indonesian music were produced for the CMP 3000 “World Series” with the production team of Kurt Renker And Walter Quintus. The “Worlds Series”, which Nauseef was instrumental in establishing, was founded by CMP owner and producer Kurt Renker and produces recordings from a variety of non-western countries including India, Turkey, Korea, Indonesia and others. (by wikipedia) 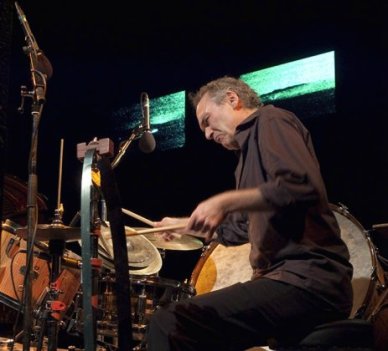 This is Mark Nauseef’s 3rd LP, adding also the vocal and bass artistry of Jack Bruce, ex Cream. With every release Nauseef becomes more eccentric, be prepared for a real musical adventure. 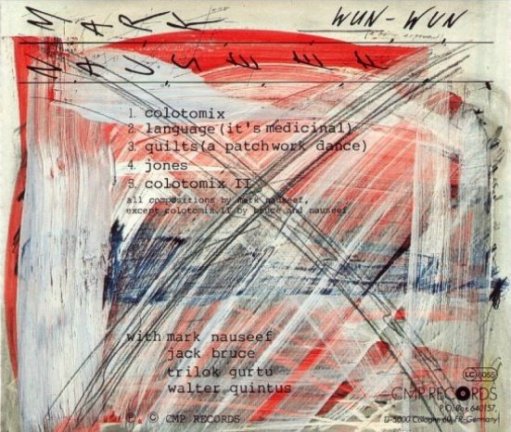 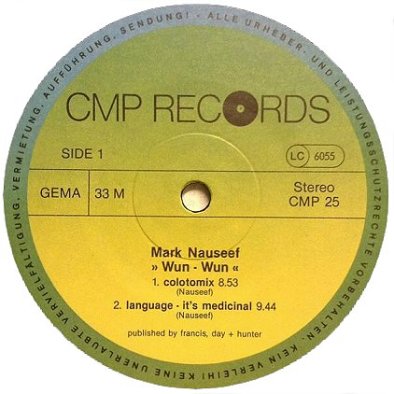