Middle of Nowhere is the debut studio album by American pop rock group Hanson, and the first to be released on a major label, which was Polygram Records and Mercury Records. Released in 1997, it features slicker studio production compared to their previous indie efforts Boomerang and MMMBop. The band members were between the ages of 11 and 16 when it was released. “Yearbook”, one of the album’s more dramatic songs, was not performed live until the recording of Middle of Nowhere Acoustic on May 5, 2007.

The album was received extremely well by critics. David Browne of Entertainment Weekly said of the trio: “… lack of guile is Hanson’s most endearing quality.” 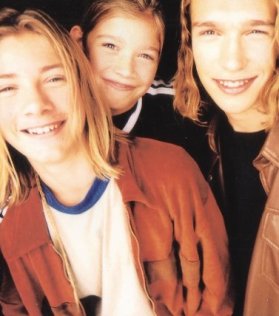 Middle of Nowhere yielded five singles: “MMMBop”, “Where’s the Love”, “I Will Come to You”, “Weird”, and “Thinking of You”.

Total sales worldwide are 10 million copies. The album sold just under 4 million in the US (4 times platinum) and sold 100,000 copies in UK being certified Gold. (by wikipedia)

Sounding like a post-alternative version of the Jackson 5 — complete with effervescent harmonies, sunny melodies, rolling hip-hop beats, and dense, layered productions — Hanson is positively bubbling energy throughout its surprisingly infectious and melodic debut, Middle of Nowhere. It’s hard not to hear the lead single, “MMMBop,” or the similary infectious “Where’s the Love” and not get caught up in the joy of making music. Although the boys co-wrote nine of the 13 songs with professional writers, and the producers do offer a distinctive stamp, the personalities that shine through are Hanson’s — youthful, exuberant, and positively joyous. A few of the songs may run on a bit too long, and there are a couple of borrowed melodies and silly lyrics, but Middle of Nowhere is a delight. (by Stephen Thomas Erlewine)

Look to all the session musicians on this album … Neil Stubenhaus, B.J. Cole and  … Stevie Wonder ! 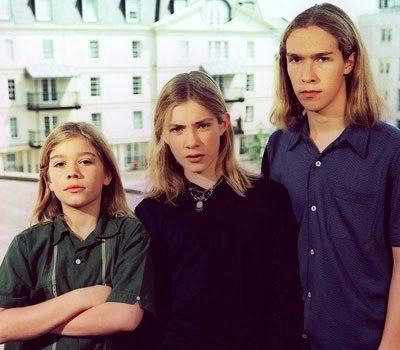 and here´s the official videoclip of MMMBop: