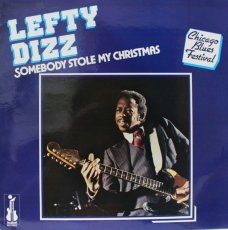 He is best known for fronting his own band, Shock Treatment, and his work with Junior Wells, J. B. Lenoir and Hound Dog Taylor. One commentator noted that “for wild-ass showmen in blues history … one would certainly have to go a far piece to beat Lefty Dizz”. Lefty Dizz favoured a right-handed Fender Stratocaster, which he played with his left hand, hence the first part of his stage name. Versions pertaining to the second part range from him playing the trumpet in the style of Dizzy Gillespie, to the nickname being given by Hound Dog Taylor & the HouseRockers’ drummer Ted Harvey, referring to “playing jazz in the alley”.

He was reputedly the brother of fellow blues musician Johnny Dollar.

He was born Walter Williams in Osceola, Arkansas, United States. He learned the rudiments of guitar playing while serving for four years in the United States Air Force. Unlike other left-handed players who re-strung their instruments to mirror the proper string order, Dizz played a right-handed guitar upside down, thereby reversing the order of the strings. After his discharge in 1956, he moved first to Detroit and then Chicago where he 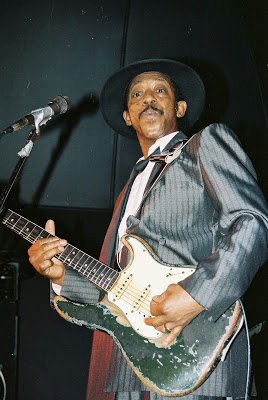 would settle permanently; there, he played under Lacy Gibson and Earl Hooker’s guidance. He was proficient enough to join Sonny Thompson’s band in 1958. He worked with Junior Cannady and John Lee Hooker, but a major career move in 1964 saw Lefty Dizz become a member of Junior Wells’ backing ensemble. They toured around the world together until 1971, when Lefty Dizz joined Hound Dog Taylor and the HouseRockers. Lefty Dizz remained a member of that band until Taylor’s death in 1975, when he formed Shock Treatment. It was with this band that he further developed his own flamboyant approach, which incorporated raunchy jokes alongside his own skilful but showmanship style of guitar playing. His pleasant and joke-filled character was offset with sufficient intelligence to garner an economics degree at Southern Illinois University.

Lefty Dizz performed at Chicago clubs such as the Kingston Mines, B.L.U.E.S. and the Checkerboard Lounge, as well as international touring. His playing was witnessed by members of the Rolling Stones and Foghat. He played on the recording of Live at the Checkerboard Lounge, Chicago 1981 with Muddy Waters and Rolling Stones Jagger, Richards and Wood. However, his studio recordings did not capture the essence of live performances.

Lefty Dizz died from the effects of esophageal cancer on September 7, 1993, at the age of 56 (by wikipedia)

Dizz fares much better on this sophomore outing. Featuring a nice take on the title cut and fairly solid playing from all parties concerned, this certainly falls short of the fervor he could produce live but is still the best of the bunch. (by Cub Koda) 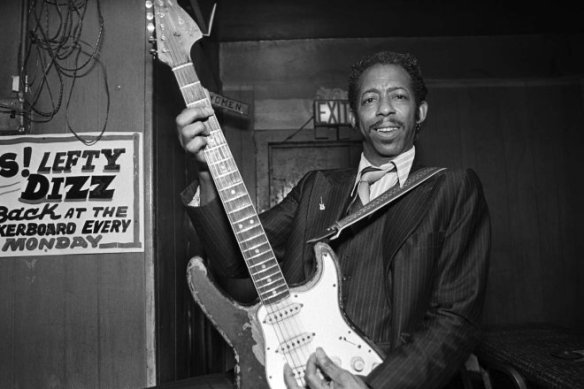 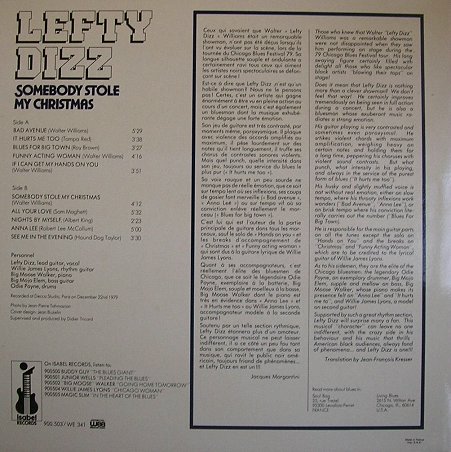 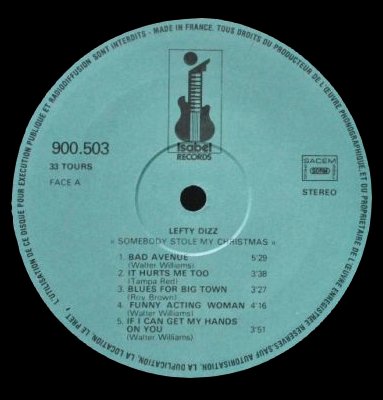 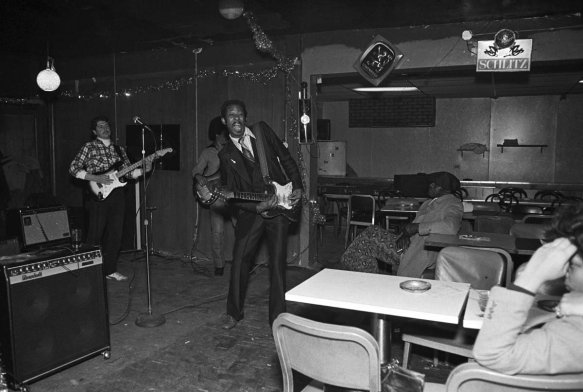 Lefty Dizz in the studio